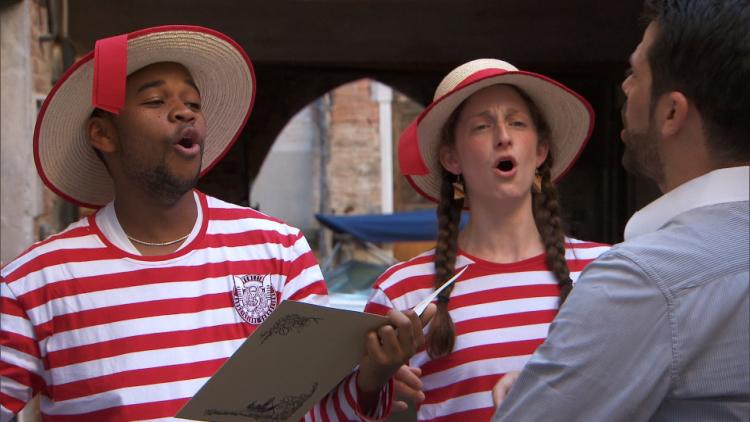 Still in it? Yes!

Highlights from episode 7: This leg of the race, Floyd Pierce (ApMath, Econ’17) and Becca Droz (Anth ex’12) bussed four hours from Lake Como to “The Floating City,” Venice, Italy. In their team challenge, the pair learned to sing a typical Venetian song. They then had to sing it perfectly in tune — in front of an audience and while riding in a gondola.

In the solo challenge, Pierce chose an actor in a room of performers, then painted a face mask to replicate the exact color and intricate design the actor's own mask. There, he made up precious time while competing with other teams in the same room. Pierce completed his mask on the first try, and he and Droz finished the leg in second place.

This episode was a non-elimination leg. Six teams of 11 remain in the race.

Quote: “I could not be happier with my partner." — Droz, at the pit stop after Pierce beat several teams in the painting challenge.

Team Background: Senior Floyd Pierce is a CU drum major, Herd Leader and Boettcher Scholar. Becca Droz teaches rock climbing at Boulder’s Movement Climbing. On the show, the two must compete against 11 other teams in a global race for $1 million while avoiding elimination at designated pit stops.

Next: Tune in Thursday, May 11 beginning at 9 p.m. MST on CBS as the teams travel to Athens, Greece. 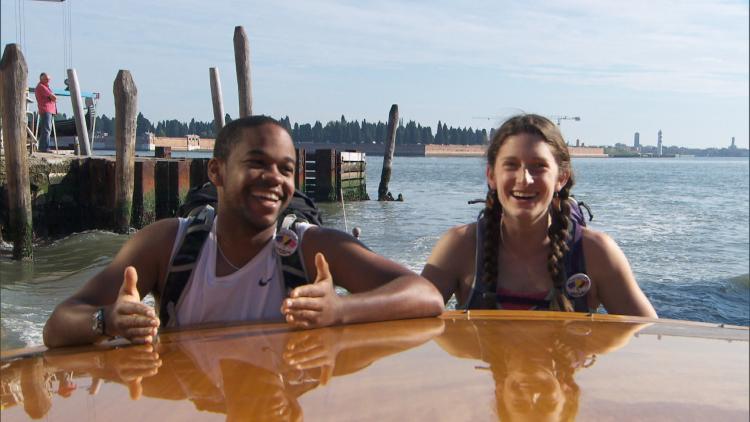