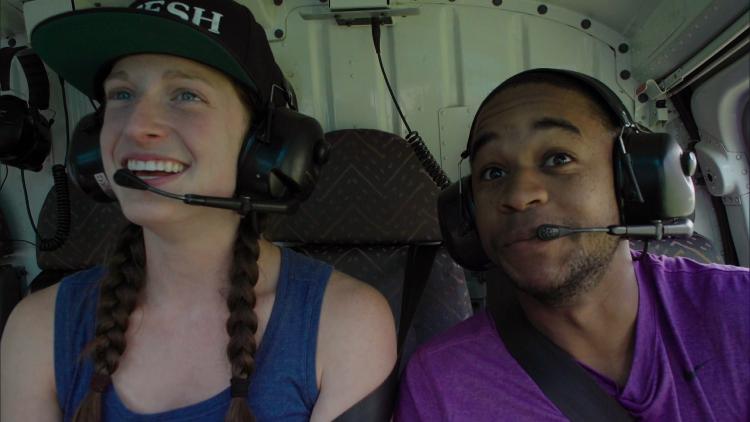 Highlights from episode 4/5: In episode 4, Pierce and Droz showed strong competition. The team quickly completed a task in Zanzibar that required them to find a key hidden in a secret drawer in a room full of compartmented chests. Droz then swiftly created a cooking ladle from scrap metal in the individual challenge, and the team placed second at the beachside checkpoint in Tanzania’s largest city, Dar es Salaam.

Their best thrill was yet to come.

During episode 5, Pierce and Droz braved the high skies of Norway. Performing a “Fast-Forward” challenge offered to the team who raced to it first, the pair each performed a tandem skydive from a helicopter at 10,000 feet. They ended the leg in third, but were ecstatic about their airborne adventure.

Quote: “Honestly I’m starting to tear up because this is just gorgeous.” — Pierce from a helicopter in Norway. He soon enthusiastically jumped out of it to skydive.

Team Background: Soon-to-be-graduate Floyd Pierce is a CU drum major, Herd Leader and Boettcher Scholar. Becca Droz is a rock-climbing instructor at Movement Climbing in Boulder. On the show, the two must compete against 11 other teams in a global race for $1 million while avoiding elimination at designated checkpoints. 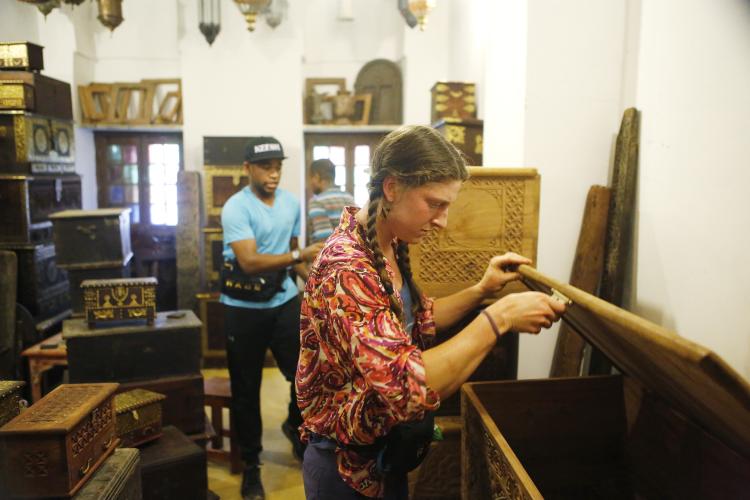