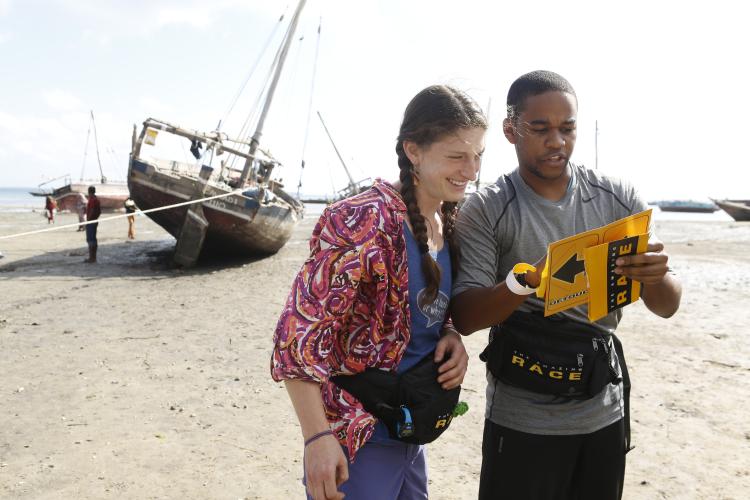 Highlights from episode 3: For this leg of the race, Pierce and Droz traveled 6,000 miles from Sao Paulo, Brazil, to Tanzania, located on the east coast of Africa. There, they traveled to Zanzibar where they built a desk for local students as their first challenge. The team then traveled to a traditional market where Pierce was tasked with searching for unique ingredients — including a slaughtered chicken and red bananas — for the clue that led them to the checkpoint. In a harrowing few moments, the team nearly was eliminated when Pierce left his passport in a taxi, but the driver retrieved it for them and they finished second-from-last.

Quote: “I think our communication is amazing.” — Becca Droz when describing the team’s progress so far in the race’s three legs.

Team Background: CU senior Floyd Pierce is a CU drum major and Boettcher Scholar whose dream since childhood was to be on The Amazing Race. Becca Droz is a Boulder resident and rock climbing instructor. On the show, the two must compete against 11 other teams in a race around the world while avoiding elimination at checkpoints. The winning team receives $1 million.

Next: Tune in next Thursday, April 20 for a two-hour episode beginning at 8 p.m. MST on CBS. 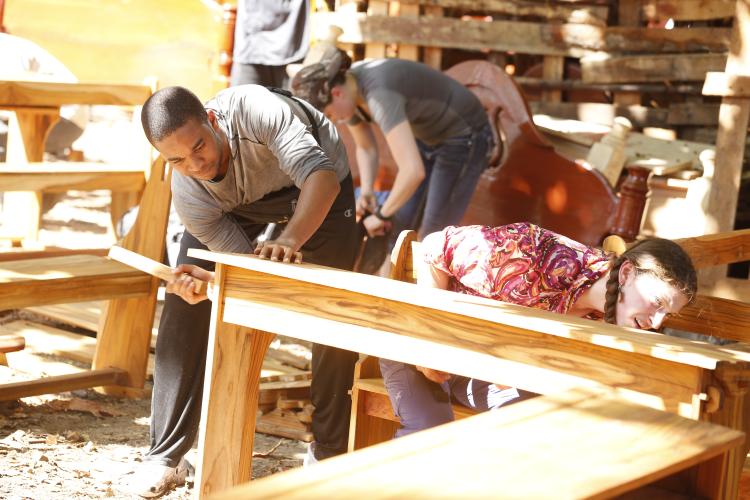