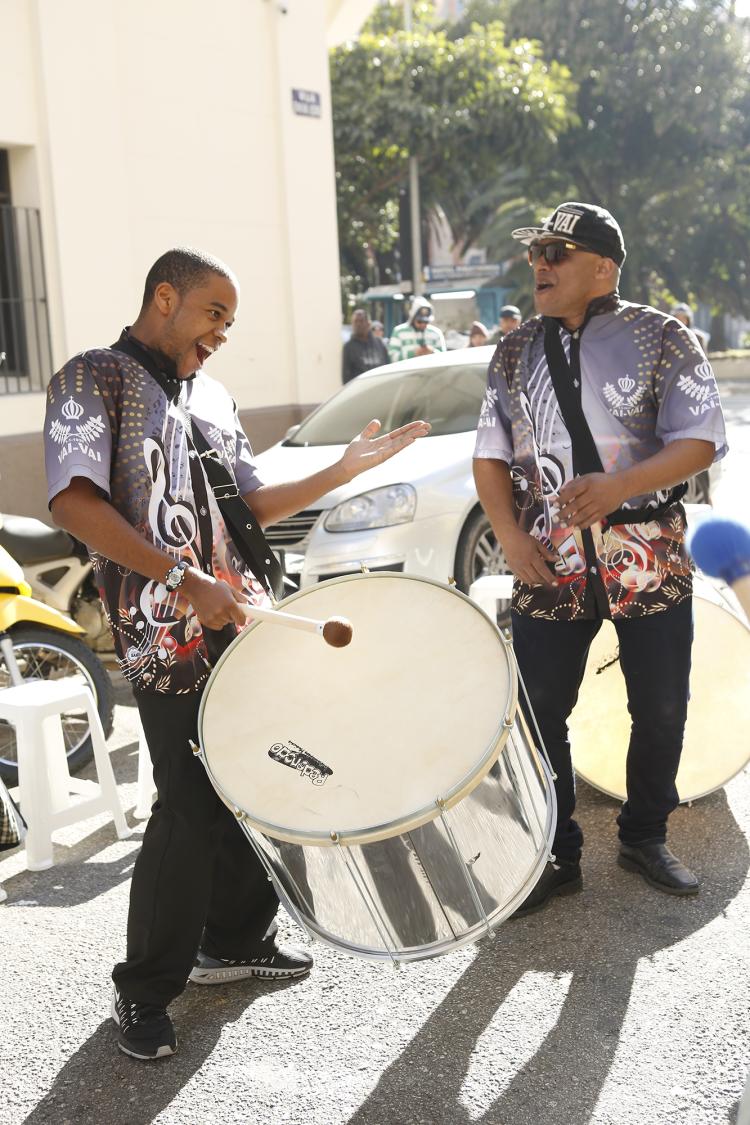 On the second episode of The Amazing Race April 6, CU drum major Floyd Pierce (ApMath, Econ’17) was a long way from Folsom Field.  But music found him anyway in the streets of Sao Paulo, Brazil.

During the first challenge of the race’s second leg — which aired Thursday night on CBS — he and teammate Becca Droz (Anth ex’12) were tasked with keeping a consistent percussion beat with a Samba band. Pierce was on a drum and Droz had a hand shaker.

It may not have been the CU “Fight Song,” but they still executed the beat flawlessly, thanks to Pierce’s experience with the Golden Buffalo Marching Band.

“The definition of the drum major is keeping the beat,” said Pierce on the show, noting that he played bass drum at his high school in Highlands Ranch, Colo.

From there, it was Droz’ turn to shine.

The rock climbing instructor and Boulder resident volunteered to complete the next task, which required her to clean the windows of a Sao Paulo skyscraper. She scaled the building with ease.

They raced to the next checkpoint at an 11-acre urban rainforest reserve in Sao Paulo. Pierce and Droz finished fifth. The 10th team to arrive at the checkpoint was eliminated.

Back in Boulder, Pierce watched the show privately with his fellow marching band members. They can be proud that he kept the rhythm under pressure.

Watch the next episode of The Amazing Race Thursday, April 13 at 9 p.m. MST.

Read the recap of episode one here.