Home Spring 2017 Drummer Has a PhD

American Football returned to the stage in October with three sold-out shows at Webster Hall in New York. Were you expecting this reception?

I thought we were playing the basement. The venue said, “We’re going to book you upstairs and see what happens.” Within one minute of tickets going on sale, all 1,500 were gone.

I had never played anything the size of Webster Hall. People kept introducing themselves and telling us they flew in from Europe or Malaysia or Scandinavia or Australia. People were taking pictures with us and showing us their band tattoos.

Were you aware of how popular American Football has become since it disbanded, in 1999?

I was almost completely oblivious. When murmurs of this reunion began and we started getting offers for more money than we had ever thought about, it started to sink in. It’s interesting to watch history revise itself. People did not like the first album when it came out, and reviews were lukewarm at best. Fifteen years later, though, we’re in “Top 10 All Time” lists for the “emo” genre in Spin and Rolling Stone. But at the time, nobody cared. The biggest crowd we ever drew was maybe 100 people, and they were completely bored.

Do your students know you’re part of one of the “most influential” and beloved ’90s emo rock bands?

Some grad students in English were teasing me about it a while ago. As cool as the whole band thing is, it’s a tiny piece of life. On campus, I’m here to do a different job entirely.

Did you always know there was more in store for American Football?

I always did feel like the band ended prematurely. That said, I never thought it would all come back together. I had to earn tenure, and music was very much on the back burner. Not that this has changed. I still love doing my job.

You play drums and trumpet?

I’ve played the trumpet since I was six. My dad had this dance polka band and he would bring me on stage when I was little. It came about with American Football because there were a couple melodies that it went well with.

Did you also start playing drums at an early age?

I didn’t start playing drums until I was 21. I was ready for a break from the trumpet, and I wanted to be in rock bands.

What was it like meeting up with your college buddies to practice again?

How did American Football (LP2) come about?

After about 30 shows back together, we started asking, “Do we want to think about new music?” We did, and evidently Polyvinyl Records agreed.

What do you love about the new album?

I’m awfully proud of this one, especially the slow-burning tracks like “Born to Lose” and “Give Me the Gun.” Mike [Kinsella] did a nice job imagining what the characters of the first album would be thinking about 15 years later. There was no attempt to sound like the first record.

What’s next for American Football?

We’ve got some weekend gigs in the spring and a few longer trips for the summer. Part of the goal is to try to get new fans without making the old fans mad. As long as I can balance it with my life here at CU Boulder, I’ll keep doing it.

Read a longer version of this story. 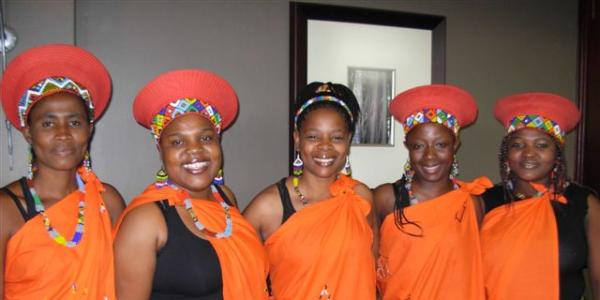 Austin C. Okigbo, associate professor in the College of Music and affiliate faculty in Ethnic Studies and Global Health, studies the intersection of music and public health. END_OF_DOCUMENT_TOKEN_TO_BE_REPLACED

CU English professor Stephen Graham Jones got hooked on werewolves as a boy in West Texas. Now he’s made them the stars of his latest novel, Mongrels. END_OF_DOCUMENT_TOKEN_TO_BE_REPLACED

It’s a rare thing to be a full-time librettist today. Mark Campbell (Thtr’75) would like to make it less so. END_OF_DOCUMENT_TOKEN_TO_BE_REPLACED