The trademark Hawaiian salutation means both hello and goodbye, but Dizon (Econ’08), a Hawaii native, said it’s more than a greeting or farewell: It conveys an attitude about the future.

For Dizon — one of CU’s best defensive football players of the past 25 years — living the optimistic ‘aloha’ spirit has served him well.

Two seasons after entering the NFL as a second-round draft pick of the Detroit Lions, the former All-American linebacker blew out his knee, ending a promising pro career after 28 games.

Rather than lament his misfortune, he seized an opportunity: A week later, he enrolled in EMT classes and began pursuing life in a different uniform — a  firefighter’s.

In some ways, becoming a firefighter was more of a challenge for Dizon — the 2007 runner-up for the Butkus award for the nation’s best college linebacker — than landing a NFL roster spot.

In California, where he and wife Chelsea Haverty Dizon (Jour’09) lived in the off-season, there were then about 1,800 applicants for every firefighting opening, he said.

But he kept after it and, in 2012, after returning to Hawaii and briefly managing a hotel, joined the Kauai County Fire Department in his hometown.

“My mom has been a cop for 30 years,” said Dizon, who  came to CU from the westernmost high school in the United States. “I’ve always found public service very interesting. When you play football there’s always that competitive side and camaraderie that you like about sports. When you’re done, you try to find something to fill that competitive  void.”

Firefighting lived up to his expectations.

“When you run into a burning building, you don’t know what to expect,” he said.“Anything and everything can happen… There’s no other rush like it. You want to do good and you want to help people… And it is an incredible feeling not only to do it,  but to do it with your friends and work as a team to accomplish something greater than yourself.”

The next step, Dizon decided, was becoming a Colorado firefighter.

“When I went to college in Boulder, I felt like that’s where I grew as a man and as a person, and it kind of became home
to me,” he said. “So I had to come back to Colorado. I missed everything about it.”

As in California, the competition for Colorado firefighting jobs was fierce. He spent a year applying to departments around the state before he was offered a job in Greeley — after seven rounds of interviews there.

He liked firefighting. Then the Broncos called.

“It was probably one of the most eye-opening experiences I had in my life,” Dizon said of joining Greeley’s department in 2014, after two years in Kauai. “When I was in Hawaii as a firefighter, it wasn’t a busy department, so there weren’t a lot of calls. When I got to Greeley, it was
somewhat overwhelming, the amount of calls that we had.”

There were house fires, car fires, oil fires, medical calls — “every type of incident known to man,” he said.

But it turned out the NFL wasn’t finished with him.

Dizon had been in Greeley less than a year when the Denver Broncos came calling in the form of Matt Russell (Comm’96), another former CU defensive star. Russell was the Broncos’ director of player personnel, and the Broncos had an opening for a scout. Was Dizon interested?

Curious but conflicted, Dizon agreed to meet with the team. When he did, he found himself face to face with John Elway.

“I kind of had to take the job,” said Dizon, now a Broncos scout focused on evaluating current NFL players and free agents.

A benefit of joining the Broncos was that Dizon could return to the NFL without going too far from his new firefighting chums in Greeley. He’d still be in Colorado — a fine place to be for the 2015-16 season.

Said Dizon, “There’s no better way to put it than, ‘I’m part of football and we just won a Super Bowl.’”

CU football captain Phillip Lindsay enters his senior season as a top-ranked NFL prospect. There's more to the man than that. END_OF_DOCUMENT_TOKEN_TO_BE_REPLACED 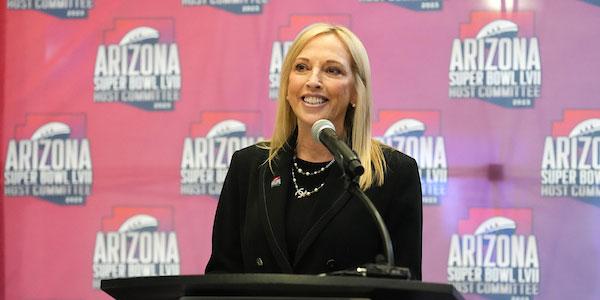 After serving as an executive with the Phoenix Suns and Phoenix Mercury and as COO for the WNBA, Jay Parry is now heading up the planning for Super Bowl LVII in Phoenix — for the second time. END_OF_DOCUMENT_TOKEN_TO_BE_REPLACED

Buffs deliver the turnaround we'd all been waiting for. END_OF_DOCUMENT_TOKEN_TO_BE_REPLACED