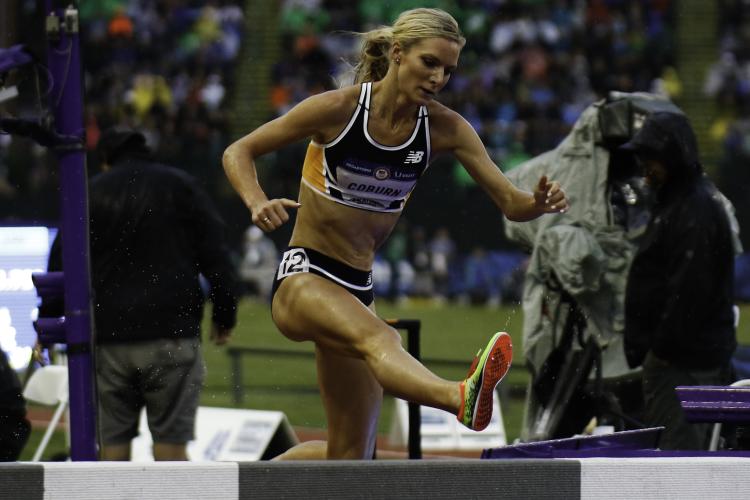 Buffs Emma Coburn (Mktg'13) and Jenny Simpson (Econ, PolSci’09) have won spots on the U.S. team competing in the 2016 Olympics in Rio de Janeiro next month.

Both athletes placed first in their events at the U.S. Olympic Team Track & Field Trials in Eugene, Oregon — Simpson July 10 in the 1,500-meter run, Coburn July 7 in the steeplechase.

This will be Simpson's third Olympics and Coburn's second.

Coburn, 25, placed first among 14 steeplechase runners, crossing the finish line in 9 minutes, 17.48 seconds. It was her second straight trials victory in the 3,000-meter event.

Coburn, of Crested Butte, Colo., was a member of the CU Boulder track & field team from 2009 to 2013. She also ran cross country at CU. Coburn holds the American record in the steeplechase, 9:10.76.

The steeplechase is an obstacle race with hurdles and a water pit.

Coburn’s favorite part is the water jump, she said in a recent interview with Coloradan magazine.

Additional details of the victories by Coburn and Simpson and performances by other Buffs are available here.