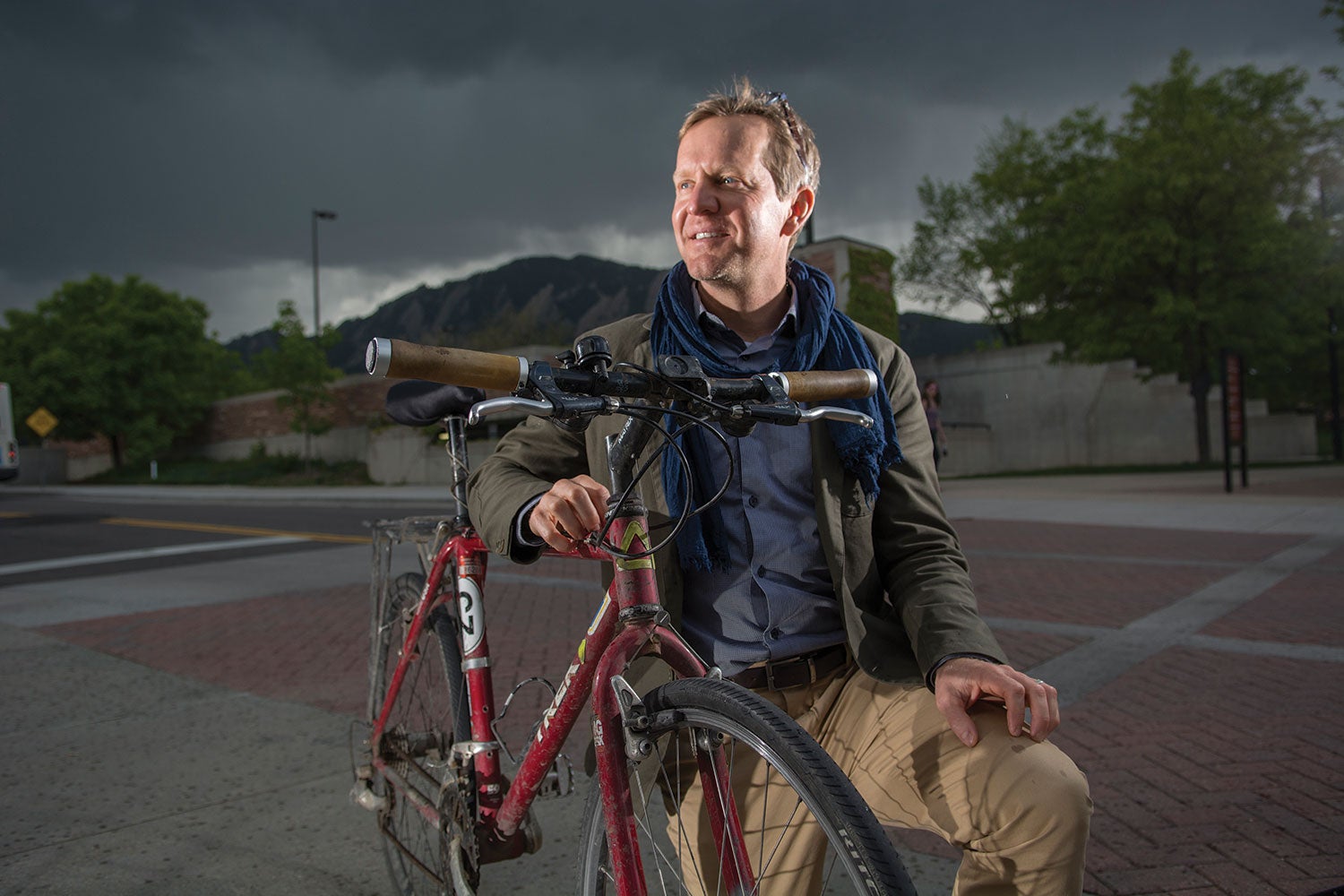 Kevin J. Krizek, professor of transport and the new director of CU-Boulder’s environmental design program, also serves as a visiting professor of cycling at Radboud University in the Netherlands, one of the world’s most bicycle-friendly societies. Here he talks about what the Dutch do right, what Americans could do better and the joy of the wind in his hair.

What do you hope to learn about cycling in the Netherlands?

The Dutch have figured out a successful recipe for how cycling can be woven into a community’s transport fabric. They have been at it steadfast since the early 1970s, continuing to add different ingredients — economic incentives, land use regulations, street design standards, cultural peculiarities and new industries. What parts of this success story — which ingredients specifically — might be best exported from the Netherlands and imported into other settings, such as U.S. cities?

Why aren’t bicycles as much a part of transportation culture in the United States as in Europe?

U.S. communities have been developed, sometimes exclusively, around convenient use of the automobile. This means distances are farther, safe bicycling facilities are fewer and other transport modes, particularly cycling, are a lot less attractive than in many European counterparts.

With 13 bikes of your own, you’ll probably be riding alongside the Dutch when you’re there, right?

Sustainable transport is a core element of my research portfolio, and cycling is a key component of that. My family chose to live in Boulder, in part, for the great cycling that is available. I almost always cycle around town for errands or other activities.

How old were you when you got your first bicycle, and what was it?

It was a blue Schwinn Collegiate 3-speed, handed down from my brother. He received a new Schwinn Continental and when I was in 4th grade I got his old one.

How did you become interested in cycling as an academic specialty?

My professional interest has always been in sustainable transport and the relationship to community design. Cycling, in particular, also appealed to me on a very personal level, providing a good way to get around town and an outlet for competition. From a research perspective, it was a mode whose time was ripe for picking. There was a synergistic opportunity to meld all three — city planning aims, personal interests and research needs. Cities continue to wrestle with how to best incorporate more cycling into their transport portfolio. Trying to uncover that recipe for different cultural contexts is challenging and interesting.

What elements of Dutch cycling culture would translate well in Boulder?

Cycling is clearly part of the DNA of the Dutch. They have a model for thinking creatively and strategically about how street space can be parlayed into better cycling conditions. They have more street space devoted to cycling with protected bike lanes, endless rows of bicycle parking and emerging fast cycling routes. But you can’t just pick up discrete elements of their system and move it someplace else; it works as a system.

What’s Boulder doing well when it comes to fostering a bicycle-friendly culture?

Boulder is starting to think creatively about how street space is used. Over the coming decades, cities are likely to see increased repurposing of street space — from being almost exclusively devoted to automobile use to being more inclusive of transit, cycling and other innovative modes. Boulder is exploring areas of low-hanging fruit where roadway space can be converted to protected cycling facilities.

What’s a favorite moment you’ve had while cycling?

One of the most satisfying moments is during gridlock situations in cities. People are sitting stationary in their cars, getting furious. You just whiz by on your bike with the wind flowing through your hair. You’re able to get somewhere in 10 minutes that otherwise would take double that in a car. Actually, there are few things that rival the exhilaration of cycling anywhere and experiencing the changing urban fabric with the wind in your hair.

A novel antioxidant may help us turn back the clock as our arteries age, says CU-Boulder doctoral student Rachel Gioscia-Ryan. END_OF_DOCUMENT_TOKEN_TO_BE_REPLACED 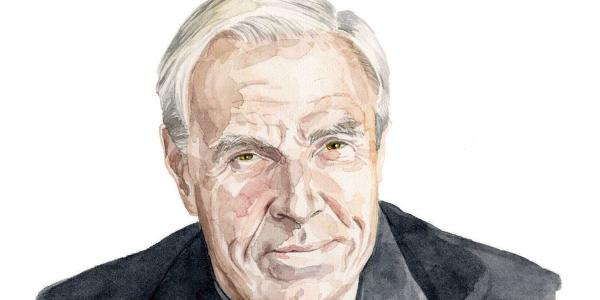 University of Colorado President Bruce D. Benson earned his geology degree from CU-Boulder 50 years ago. The longest-serving CU president since that time reflects on how the campus has changed. END_OF_DOCUMENT_TOKEN_TO_BE_REPLACED