The Cal game was a nailbiter with its own claim on history. The Buffs scored eight touchdowns — and still lost, in double overtime, 59-56. It was the most points scored by CU in a loss. 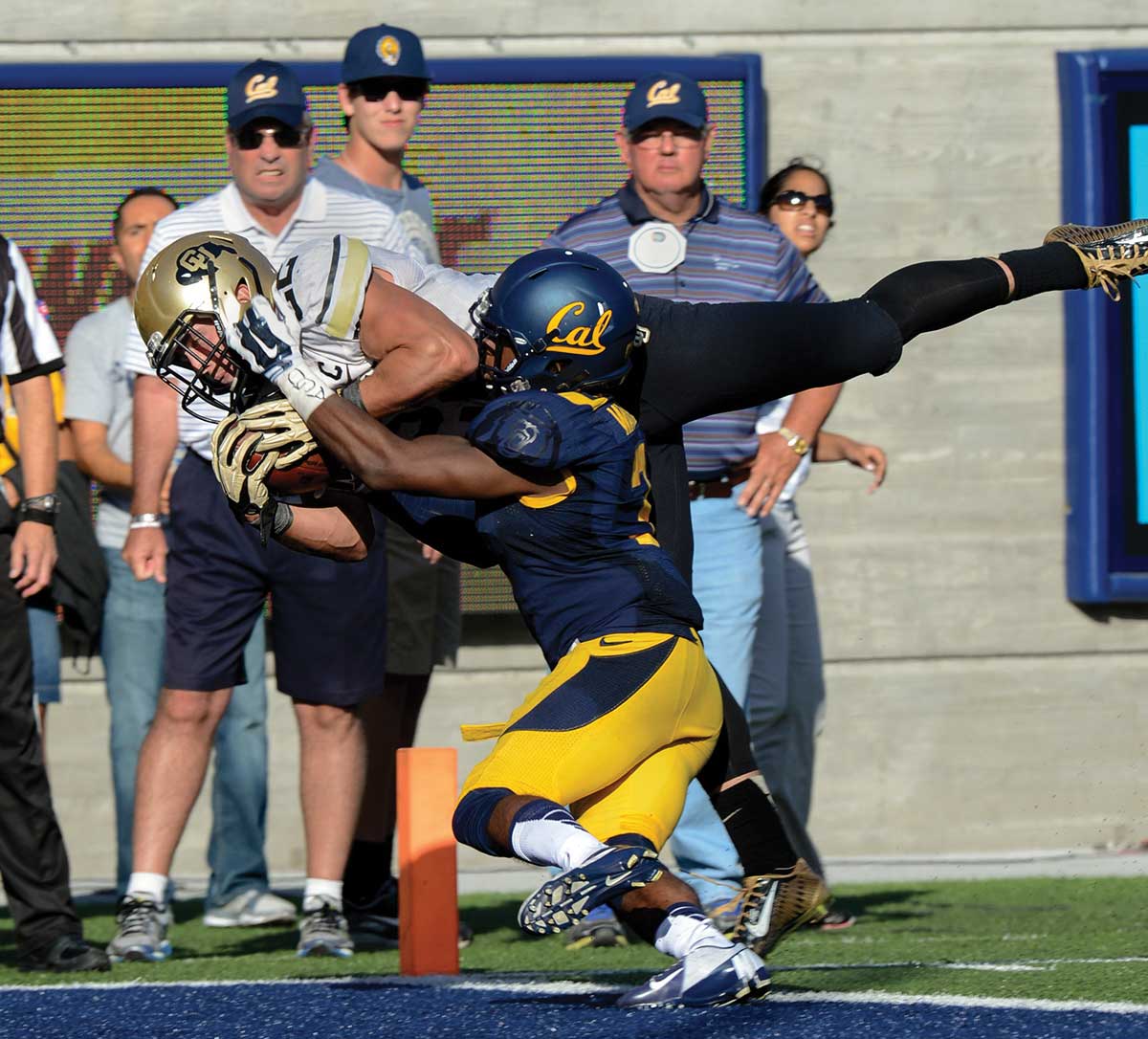 The CU men’s cross country team, ranked No. 1 in the nation, posted a perfect score of 15 in winning its Rocky Mountain Shootout for the 24th consecutive year.

The Buffs captured the women’s title for the 16th consecutive season, with sophomore Erin Clark earning the top individual spot.

In its first meeting ever with Colorado State, Buffs’ soccer prevailed 2-0 over the Rams, who are coached by former CU coach Bill Hempen…Junior Arielle Roberson led CU women’s basketball in scoring and rebounding last year, but will miss the 2014-15 season after tearing a ligament in her left knee. She also missed the 2011-12 season due to a hip injury…Former CU basketball standout Bob Jeangerard (Mgmt’55) was posthumously inducted into CU’s Athletic Hall of Fame…Former CU football coach Dan Hawkins will coach the U.S. senior national team in the 2015 American football world championships in Stockholm, Sweden, July 4-18.

Number of Simpson sisters playing on the CU volleyball team

Strokes under par by CU golfer David Oraee in the 2014 Mark Simpson CU Invitational, a school record for 36 holes

CU student-athletes with 4.0 grade point averages in 2013, a campus record

Points scored by Buffs football against California (Berkeley) Sept. 27, the most by CU in a loss