Right after Theodore Maiman (EngrPhys’49) successfully developed the laser in 1960, newspapers reported that a Los Angeles scientist had invented a death ray. Later, actress Bette Davis allegedly cornered Maiman at a cocktail party and asked him if he felt guilty for creating the device, according to a Los Angeles Times article.

He didn’t, as the laser quickly revealed itself to be an indispensable tool for everything from surgery and supermarket check-out scanners to satellite tracking and lab research. At least 10 Nobel Prize winners’ work since has been made possible because of lasers, according to Charles H. Townes, the 1964 Nobel Prize winner in Physics.

Maiman, who repaired electronics while at CU-Boulder and for a time aspired to be a comedian, was just 32 when he created the first laser. A junior scientist at Hughes Research Laboratories, he was given $50,000, an assistant and nine months to build a laser. His assistant, Charles Asawa, came up with a novel idea that proved key to their success — using a photographic flash rather than a movie projector lamp to illuminate a ruby rod with silver-coated surfaces.

While he was nominated two times for the Nobel Prize, he never won. In 1984 Maiman was inducted into the National Inventors Hall of Fame, joining Thomas Edison and the Wright brothers. He died May 5, 2007, in Vancouver, British Columbia.

Amid its positive contributions to society, the laser’s reputation as a death ray lodged itself firmly in pop culture. A Death Star laser blew up Princess Leia’s home planet in Star Wars and Dr. Evil cooked up elaborate laser plots in the film Austin Powers: International Man of Mystery. One plan was to demand a hefty ransom from the world by threatening to use his laser to punch a hole in the ozone layer, leaving all humans more susceptible to skin cancer.

“That already has happened,” Dr. Evil’s adviser tells him.

While the laser played no role in the ozone’s destruction, perhaps it can help fix it. 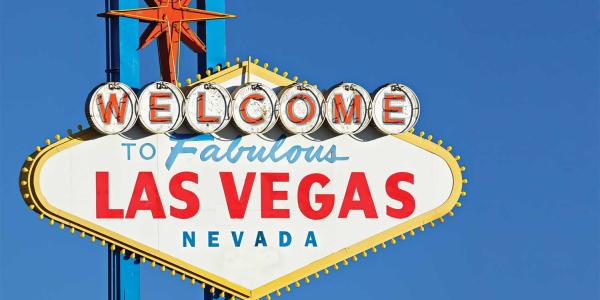 Origins: "What Happens in Vegas..."

We all know that what happens in Vegas is supposed to stay there, thanks to the creative slogan penned by Jason Hoff (Jour’00) and a colleague. END_OF_DOCUMENT_TOKEN_TO_BE_REPLACED 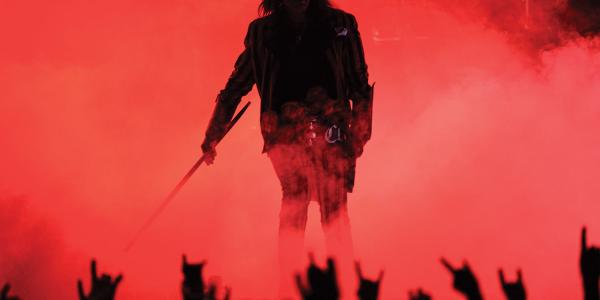 October 1982. Los Angeles. Ghouls rise from a fog-fingered graveyard and join a zombified Michael Jackson in one of history’s most iconic bits of choreography in the watershed “Thriller” video, a mini-horror flick built around the eponymous hit song. END_OF_DOCUMENT_TOKEN_TO_BE_REPLACED

While traveling the world to understand everything there is to know about caffeine, Murray Carpenter uncovers some shocking surprises. END_OF_DOCUMENT_TOKEN_TO_BE_REPLACED