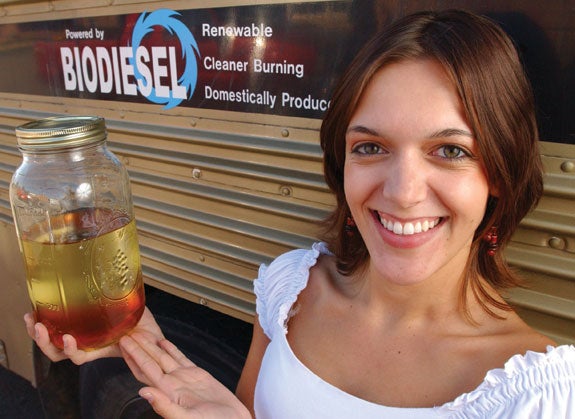 CU-Boulder is working on a four-phase strategy for an 80 percent reduction in greenhouse gas emissions in the next 40 years. Above Melissa Mora (EnvEngr’06) stands in front of a biodiesel-fueled bus.

This fall Sierra Club’s magazine named CU-Boulder the top “green” university in the nation, a jump up from its No. 2 ranking last year. And the campus earned the highest grade given on a college sustainability report card by the Sustainable Endowments Institute, a Rockefeller Philanthropy Advisors project.

These accolades stem from decades of hard work by Buffs who have shown a passion for the protection of the planet.

“The students of the University of Colorado are the heart and soul of our sustainability efforts and have been leaders in environmental stewardship for nearly 60 years,” says Dave Newport, director of CU’s environmental center.

The Sierra Club’s ranking is based on a 39-question survey about environmentally friendly practices in the areas of academics, administration, energy, efficiency, food, purchasing, transportation and waste management. CU-Boulder has made significant progress in these areas since 1976 when the first student-led recycling program began.

Today’s initiatives include trash-free sporting events and buses that run on vegetable oil. Arnett Hall, a residence hall in the Kittredge Complex, along with the ATLAS, law and business buildings, received a LEED gold certification from the United States Green Building Council, which rates buildings based on their sustainability. The UMC addition received a LEED silver certification. And professors of ecology and evolutionary biology are working with ConocoPhillips to produce new kinds of sustainable energy. 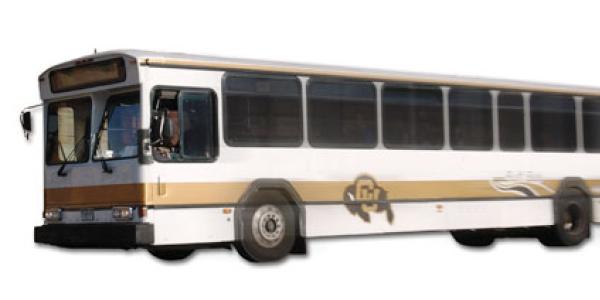 Who Knew ESTER Was So Cool?

Mike West, director of education for CU Biodiesel, has taught everyone from postgraduate students to second-graders how to brew their own biodiesel, showing how simple it is to create cleaner, more sustainable fuel from waste. END_OF_DOCUMENT_TOKEN_TO_BE_REPLACED 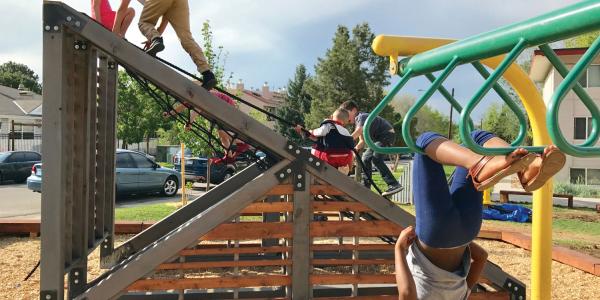 A novel antioxidant may help us turn back the clock as our arteries age, says CU-Boulder doctoral student Rachel Gioscia-Ryan. END_OF_DOCUMENT_TOKEN_TO_BE_REPLACED