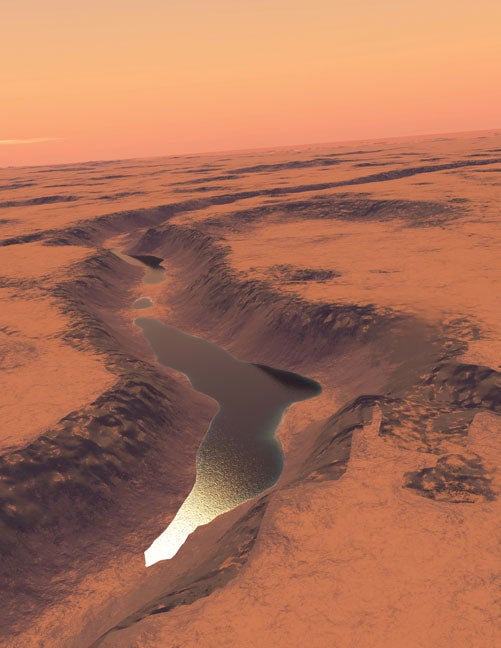 This geographic rendering of a lake on Mars is a reconstruction of how the lake may have looked 3.4 billion years ago when it was filled with water.

CU investigators discovered the first evidence of shorelines on Mars in June, indicating a deep, ancient lake. A Holy Grail of sorts, the finding could help scientists zero in on evidence of past life on the planet.

Estimated to be more than 3 billion years old, the lake appears to have covered as much as 80 square miles and was up to 1,500 feet deep — similar to Lake Champlain in upper New England — and features deltas adjacent to it.

A high-powered camera, named the High Resolution Imaging Science Experiment, riding on NASA’s Mars Reconnaissance Orbiter, took images used for the study. From its orbit 200 miles above Mars, it can resolve features on the surface down to one meter in size.

“On Earth, deltas and lakes are excellent collectors and preservers of signs of past life,” says Gaetano Di Achille, a research associate with the Laboratory for Atmospheric and Space Physics. “If life ever arose on Mars, deltas may be the key for unlocking Mars’ biological past.” 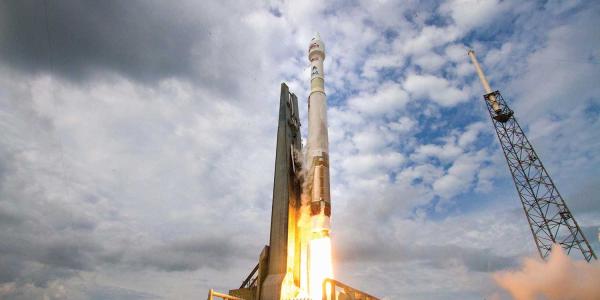 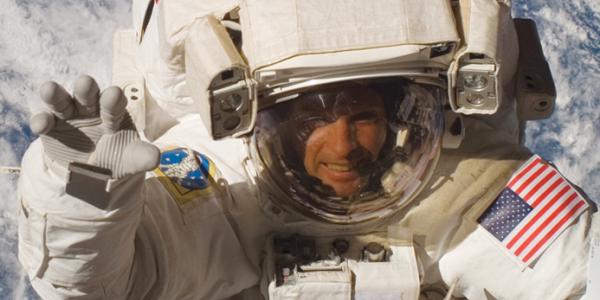 Traveling for work will take on a new dimension for astronaut Steve Swanson who will travel 240 miles into space and spend six months on the International Space Station next year. END_OF_DOCUMENT_TOKEN_TO_BE_REPLACED

On and around campus END_OF_DOCUMENT_TOKEN_TO_BE_REPLACED