From Cuba to America, and back again

Home/Summer 2018/From Cuba to America, and back again

In the early 1960s, Operation Peter Pan brought 14,000 unaccompanied Cuban children to the United States. One of them, 10-year-old Guillermo “Bill” Vidal, would grow up to become the mayor of Denver.

More than five decades after Vidal’s journey from Cuba to America, CMCI students made the 2,064-mile trip in reverse to tell Vidal’s story in their documentary, ¿Como Fue? A Cuban Journey. 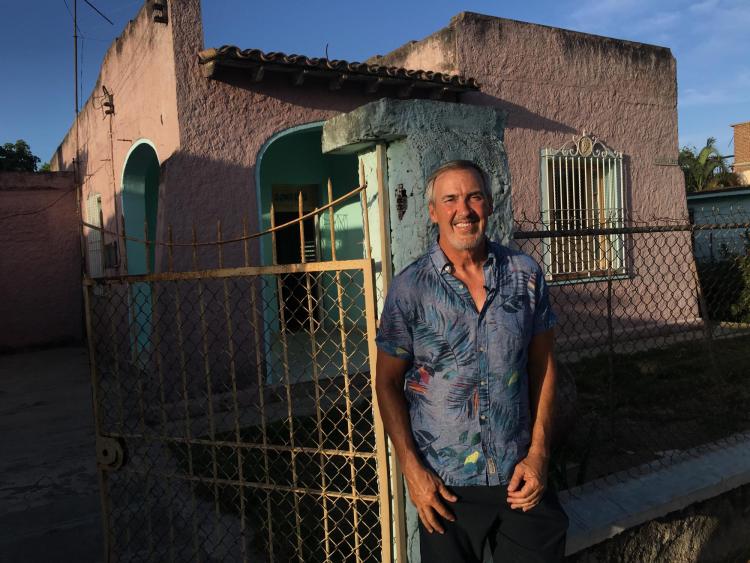 Guillermo “Bill” Vidal stands near his former home in Cuba.

The project—which began in 2016 and included 11 CU Boulder students, faculty and staff—brought the group to sites throughout Cuba, where Vidal spent the early part of his life before traveling to America.

“I think it’s a really interesting story, what happened to the children that came out of Cuba and the things they’ve been able to do here in this country as immigrants,” says Mollie Putzig (MJour’16), who served as a videographer for the film. “Guillermo is obviously a shining example of success and hard work that immigrants put into this country.”

The project was a collaboration between the investigative student news program, CU News Corps, and the University of Colorado Denver, where Vidal received a bachelor's degree in civil engineering in 1973. Since its completion, ¿Como Fue? has appeared in 10 film festivals across the country. The film has earned four awards, with the most recent being for Best in Show at the Vero Beach Film Festival in Florida.

In addition to gaining hands-on experience in journalism and documentary filmmaking, students who worked on ¿Como Fue? had a chance to experience life in another country. While filming, the crew stayed with local families who helped give them a sense of Cuban culture.

“On our first afternoon in Havana, we turned the first corner we came to and heard the most amazing, happy salseros playing beautiful music at a cafe,” says Jeff Browne, the film’s executive producer who formerly directed CU News Corps and is now the executive director of Quill and Scroll International Journalism Honor Society at University of Iowa. “Of course we started recording immediately, but that didn’t take away from the sheer pleasure of hearing them play.”

Cuban music was an integral part of the trip. The film’s name was inspired by a favorite song of Vidal’s by the Cuban musician Benny Moré.

After documenting the sounds, sights and people that shaped Vidal’s life—both in the U.S. and in Cuba—the crew returned to Boulder to produce the film.

“After you export it, it’s almost like you’ve brought a living thing into the world,” says Emilie Johnson, the film’s director of photography and the media, production and technology manager at CMCI. “It’s not truly living, but it does have a pulse and a purpose. And so, it’s just rewarding to share somebody else’s story.”

“¿Como Fue?” A Cuban Journey has appeared in the following film festivals around the country:

The film has also earned the following awards: