Amid the COVID-19 pandemic, many industries that rely on people “going out” have suffered steep financial losses.

By the end of 2020, restaurant industry sales were $240 billion below the National Restaurant Association’s pre-pandemic forecast, and the Motion Picture Association reported a global revenue drop of $30.3 billion.

One industry that didn’t suffer, though, was online dating.

Despite the fact that most dating apps are built to facilitate face-to-face interactions, Match Group––which leads the industry with a portfolio including Hinge, Plenty of Fish, and its crown jewel, Tinder––reported revenue growth of 17% in its 2020 full-year results.

“I was like, ‘Oh, no. We’re in the business of love and bringing people together!’” said Match Media Group’s Vice President of Global Marketing Vicki Shapiro (Comm’93) during a presentation for the Leeds School of Business Alumni Career Webinar Series. “So we sort of navigated a new world. But the good news is that we saw users flood back.”

Referencing a line graph of the company’s user growth from March to September 2020, Shapiro pointed out what she called “hockey stick growth.” While new users declined from March to May, they increased steadily from May to August before leveling out. The result, she said, was a 16% increase in overall growth.

“Very few businesses were able to grow, and I think we were one of them, which was really positive and showed our ability to kind of power through,” she said.

In addition to increased messaging around safety, the company attributes its success primarily to continued innovations, such as new video features.

“You’re no longer at the bar so how do you get to see someone, talk to someone, hear their voice, understand them?” Shapiro said. “So this was the game-changer for us––video across all platforms.”

According to data collected by Match Group, 50% of users said they fell in love during their first video date, 68% used it to determine if they wanted an in-person date and 69% said they’d do a video date again.

Another big innovation, Shapiro said, was the company’s launch of new stickers, badges and profile prompts that allow users to signify that they voted, are vaccinated or support major social movements, among other things. 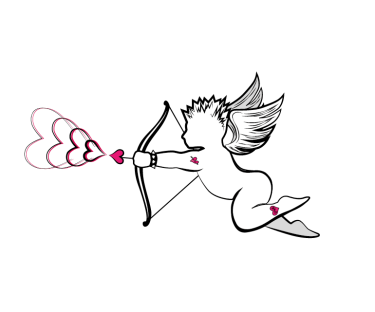 “OkCupid sort of took the charge and the lead with the badge on Black Lives Matter. That was a huge thing to people, and being able to share that front and center was great,” Shapiro said. “I mean, I don’t know if I want to put on lipstick for someone that doesn’t believe in the cause, so it allowed people to identify that right upfront.

“I think a lot of times these apps get pigeonholed into just people wanting to hook up, but it’s so much more than that––it’s the fundamentals of wanting to find that connection,” she said. “COVID cannot kill Cupid, and we found that out.”

Shapiro’s webinar, “The Dating Renaissance,” is archived on the Leeds School of Business Facebook page.