When graduate student Matt Isola’s family friend, Ted, received an iPad for his 90th birthday, Isola volunteered to show him how to use the tablet. The experience was a revelation for both.

“It was like I showed him magic,” says Isola (MStratComm’18). “His eyes lit up when I showed him FaceTime. He had no idea this was possible, and it took almost nothing for me to recreate his imagination of the world.”

Soon after, Isola developed an idea to replicate the experience on a larger scale.

For his thesis project, he launched the Generation Exchange Technology Workshop—a series of free, public workshops where seniors are paired with student volunteers who teach them technological tricks to live more connected, independent and fulfilling lives.

Last spring, about 40 seniors from the community attended the first three sessions, bringing with them a range of devices and concerns. 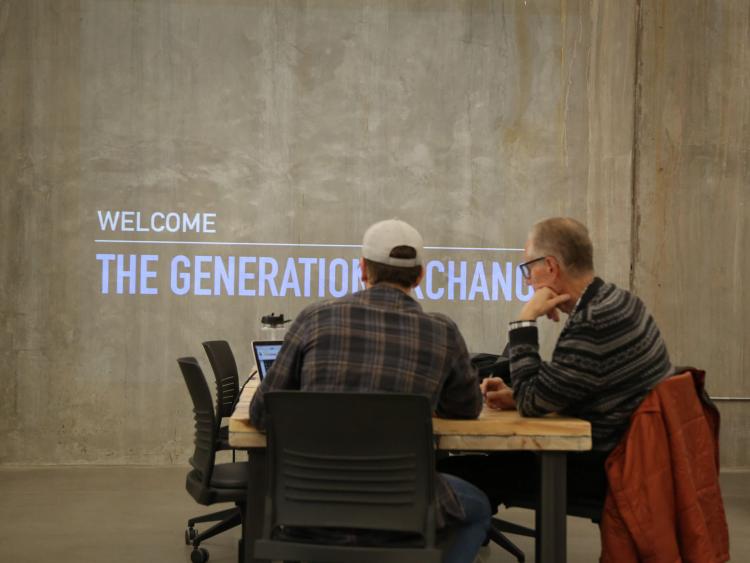 Cole Gendelman (CompSci’18) works with local retiree Jeffrey Peacock to organize and back up photos as part of the Generation Exchange Technology Workshop, held last spring at CMCI Studio in downtown Boulder. 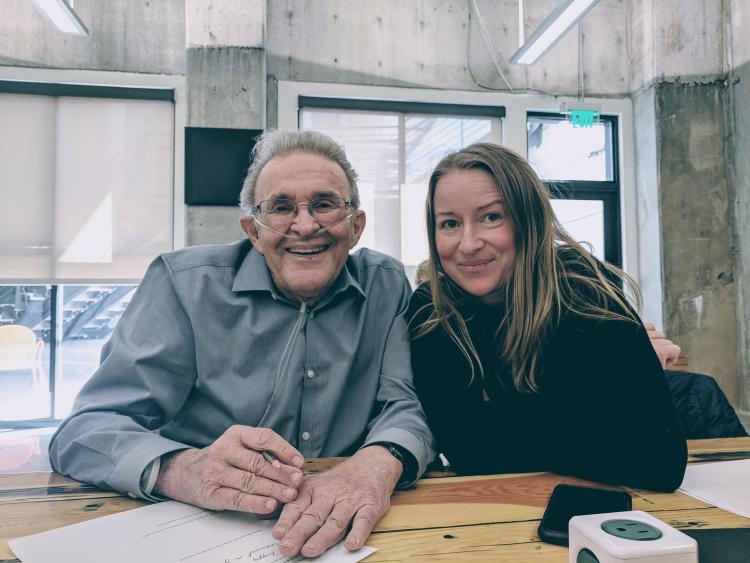 Retiree Jeffrey Peacock brought a laptop full of photos he wanted to sort and back up onto a hard drive. Working with alumnus Thomas Regur (Jour’14; MStratComm’17) made the task more manageable.

“I can talk to Thomas and he’s very patient,” Peacock said. “It really helps.”

Isola, who graduated in August, continues to host monthly workshops in partnership with the Strategic Communications Design master’s program.

“Our two generations fit perfectly together,” he says. “Where one generation may gain concrete technological skills, the other can gain perspective on how the world works.”

More Beyond the Classroom stories      Back to the fall 2018 issue