The Changing Face of Media Morality

The first study CMCI faculty members Erin Schauster and Pat Ferrucci worked on together was about the TV show Mad Men.

Both were pursuing PhDs at the University of Missouri and Ferrucci thought it’d be a great way to do research while watching TV, he jokes. It’s easy to see, though, why two scholars shaped by an industry struggling to find its moral center amid economic and cultural change would be drawn to the topic.

Schauster––now an assistant professor of advertising––had been an account executive at advertising agencies in St. Louis and Nashville while Ferrucci––now an associate professor of journalism––had worked as a journalist covering pop culture. Together, they represented opposite sides of a polarized industry.

“Definitely, based on our training and in terms of the classes we took, we come at things differently,” Ferrucci says. “And at least for me, when I’m looking for people to work with, regardless of whether they live with me or not, you’re always looking for people who look at things a little bit differently. If it was the same, I would just do it myself.”

Now married and scheduling interviews around their toddler’s nap time, the researchers continue to collaborate on studies examining the industry they came up in.

The media, money and morality

Not so long ago, journalists like Ferrucci and advertisers like Schauster were confined to clear––even rigid––industry roles. In recent years, though, the internet and social media have altered funding models, leading to changes in both internal job expectations and external media perceptions among journalists, advertisers and public relations practitioners.

“(For journalists,) you’re asked to promote yourself so that you can get attention, and you might be asked to work on paid promotional work like native advertising,” Schauster says. “By comparison, in advertising, now you’re being asked to be a social advocate, a political advocate and an environmental advocate.”

After watching these changes take place as practitioners, scholars and educators, Schauster and Ferrucci wanted to know whether these changes were affecting moral reasoning rates across the industry.

To find out, the researchers joined Edson C. Tandoc, an associate professor at Nanyang Technological University whom they met at the University of Missouri, for a series of studies including “Journalism Primed,” “Advertising Primed” with Tara Walker (PhDAdvert’20) and “Public Relations Primed” with Baylor University Associate Professor Marlene Neill.

For each study, they administered the Defining Issues Test (DIT) to more than 100 practitioners. Often used in moral psychology, the DIT prompts people with various moral dilemmas along with a series of accompanying statements, which participants rank based on how relevant each statement seems to solving the dilemma.

Previous studies––published in 2004 for journalism, 2005 for advertising and 2009 for PR––found that journalists showed the highest rates of moral reasoning, followed by PR practitioners then advertisers.

“Those were the most recent scores for those three respective professions, so we were going in with the assumption that they would parallel those rankings,” Schauster says.

What they found surprised them. The overall scores for each profession changed in such a considerable way that the overall industry rankings changed, too.

This means that PR practitioners now have the best moral reasoning rates in the industry, followed by journalists with advertisers close behind.

“PR is a pretty consistent occupation. It’s been doing the same thing well for a long time. And like Erin was talking about with advertising, there are a lot more opportunities for social justice, which might bring up ethics. I think the kind of elephant in the room is the money of it all. And journalism is, by far, the most threatened of these occupations monetarily.
Pat Ferrucci
Associate Professor, Journalism 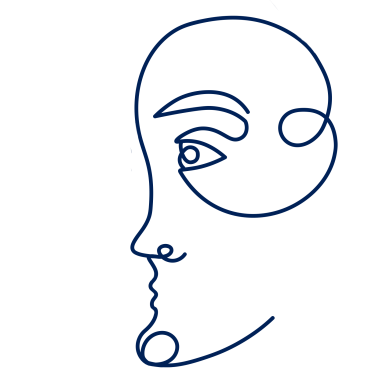 It’s likely not a coincidence, he says, that an industry facing increasing job insecurity, economic precarity and a splintering professional culture has also seen a decrease in ethics.

The researchers also examined what effect, if any, practitioners’ professional identities had on moral reasoning.

In each study, participants were split into two groups. Before reading the DIT dilemmas, both groups received the same set of innocuous questions, with one key difference: One of the groups’ questions were framed in a way that reminded participants of their professional identities, a technique called priming. So while a participant in the unprimed group might receive the question, “How often do you check social media?” a participant in the primed group would be asked, “As an advertising practitioner, how often do you check social media?”

Overall, while there were some slight differences in moral reasoning as a result of priming, the results were not statistically significant. There was, however, an interesting result when it came to advertisers’ gender identification. While primed women scored lower than unprimed women, primed men showed a different pattern.

The idea to prime participants came from a study conducted by European scholars who tested Wall Street executives after the financial crisis to gauge how much risk they would take with people’s money, Ferrucci says.

“The Wall Street people were actually less risky when being told that they were Wall Street people. So for us, by constantly telling people that they are in a profession, you would think––especially with journalists––that would make them act more ethical,” he says. “But because none of these worked, in the sense that we didn’t find significant differences, that kind of shows you that there’s not this sense of professional, cultural unity.”

Ultimately, Schauster and Ferrucci point to PR as a profession with the structures in place to help practitioners remain steady in their judgment amid industry shifts.

“Even though those scores didn’t change, the fact that they’ve maintained is actually interesting to know,” Schauster says, pointing to related findings on access to ethics training, on-the-job education and mentorship in the industry, as well as the ability to confidently provide ethics counsel to clients.

“All of those things that we report support the notion that we can look to them for guidance.”

As educators, Ferrucci and Schauster are working with colleagues to ensure that students receive ethics training early on and have some awareness of the industry as a whole, even as they must be trained for specialized roles, they say. These are areas where both educators and industry professionals must try to improve, Schauster says.

“Look at where we are today as a society and how polarized we are. And who is contributing to that? Journalists, ad practitioners, PR practitioners. We have a huge responsibility to tell and deliver the truth,” she says. 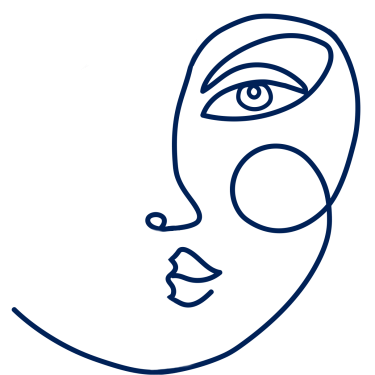 “I think a big takeaway of this joint study is that while we do have our disparate traditions and histories and those should be taught, we are integrated, and that means ethical standards have to be integrated.
Erin Schauster
Assistant Professor, Advertising