Journalism alumni say new media can be powerful, but dangerous

Journalism alumni say new media can be powerful, but dangerous

In American politics today, it’s an “Us vs. Them” world, and the media have been thrust into the center of the debate. At rally after rally, President Donald Trump calls out what he says is fake news and he often points to the reporters in the back of the room and says they’re the source of the problem.

But for those who work in this world—including policy makers, policy shapers and journalists—the polarization that underscores political debate is both less real, since the majority of Americans are somewhere in the middle on most issues, and more troubling, since the hyper-partisan rhetoric can get in the way of developing good policy.

Heidi Wagner, a 1986 journalism graduate who is the senior vice president of government affairs and policy for Global Blood Therapeutics Inc., says that the presidents—who have the “bully pulpit”— can do a lot of damage with an ill-informed or off-the-cuff comment.

“I remember once when President Clinton made a comment about patents. It took billions and billions out of the biotech industry in one day,” Wagner says. “As a president you have to be really careful about what you say.”

That’s especially true of complex issues, such as health care, she adds. The 24/7 news cycle and spin on cable news and in social media have led to greater misunderstanding, as these stories get distilled down to a win or loss for the current administration.

“It’s about the headline and the soundbite,” Wagner says, adding that Trump “is so driven by what’s going to be that days’ upswing and whatever his perceived acceptance is, and lashes out at things. That has made the media very important and very dangerous. When he is so driven by public opinion and public support, it puts the onus on how media reports these things, and nine out of 10 times, they don’t get health care right.”

Carl Cannon, a 1975 journalism graduate and Washington, D.C., bureau chief for RealClearPolitics, says that part of the reason for journalism’s challenges is a business model that got upended by the Internet and that is still struggling to find its footing in digital spaces.

But part of it, he says, is the hubris of the old journalism model.

“I mean, Walter Cronkite used to have a sign-off something like, ‘And that’s the way it was.’ Really? With this stentorian voice—it’s like Zeus from Mount Olympus.”

Journalism 2.0, Cannon says, had the promise of being more inclusive of a broad range of ideologies and perspectives through crowd sourcing information.

“To use the CBS example, Dan Rather did that story on George W. Bush’s military service and it was wrong. And it turns out that there’s 100 people in the United States who know about typewriter fonts from the ‘60s, and it was an example of how people can inform a story, and we thought maybe this new system can work,” he says. “But then it degenerated into just the worst kind of partisanship and ad hominem attacks and name-calling and shaming.”

And the name-calling and shaming have led to a nation that is more polarized than ever, according to research conducted by the Pew Research Center, though interestingly the polarization hews mostly along political party lines. The Pew study looked at differences in opinions based on gender, race, age, education and religiosity, as well as political partisanship.

The opinion gap ranged from 7 percentage points between men and women to 14 percent based on racial identification. But for political party, the opinion gap spiked to 36 percent on issues that include race, immigration, welfare and defense strategy.

Cannon says that small differences are highlighted and amplified in online media outlets and especially with social media.

“We’ve gone from people who used to look for what we had in common to what makes us different. The internet was supposed to bring us closer, and it has not made Americans closer—it has not been a unifying force. It’s been a divisive force,” Cannon says. “But it’s a technology, it’s a Rorschach test, it’s a mirror. It may be who we are.”

For journalism, the challenge is to recalibrate to coverage that serves the public and that tones down the rhetoric of division.

“What we have to figure out is how to import to the new technology what was good about the old model of journalism—the best rules we had,” Cannon says. “Original sources, facts instead of opinion, accurate quotes, being fair to people. Just because FOX says they’re fair, that’s not a bad word. It’s a good word. Fair and balanced is good. We should really do it, though.”

Wagner says that means being less driven by public opinion about an issue—whether in journalism or public policy—and more driven by the public interest.

“I am a Pollyanna-ish in that I cannot allow myself to think that this is all lost, or why else get up in the morning? Maybe this highlights real gaps in what we’re seeing in the reporting.

“But if we get back to the basics in terms of good, old-fashioned objective reporting—because we’ve learned how dangerous poor reporting can be—then I’m hopeful that one of the outcomes of this debacle is more sophisticated reporting,” she says.

For now, though, Wagner—who notes that she is a life-long Republican—says that journalists need to “look at these issues with a scalpel, rather than a blunt instrument that just exacerbates the problems.”

And both Wagner and Cannon said that despite the challenges coming from the White House and despite the debates about bias raging in partisan media outlets, journalists need to continue to hold to account elected and appointed leaders of our country, our states and our local governments. 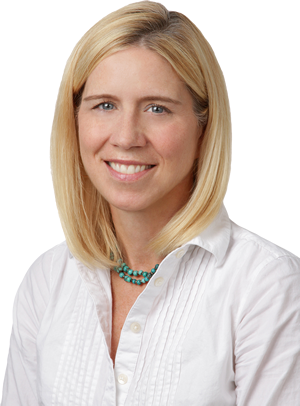 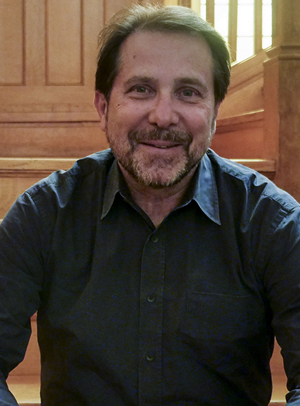 Carl Cannon (Jour'75), is a past president of the White House Correspondents’ Association and the Washington, D.C., bureau chief for RealClearPolitics.