Never officially recognized during her lifetime, the first African American woman to graduate from the university will be posthumously honored this spring 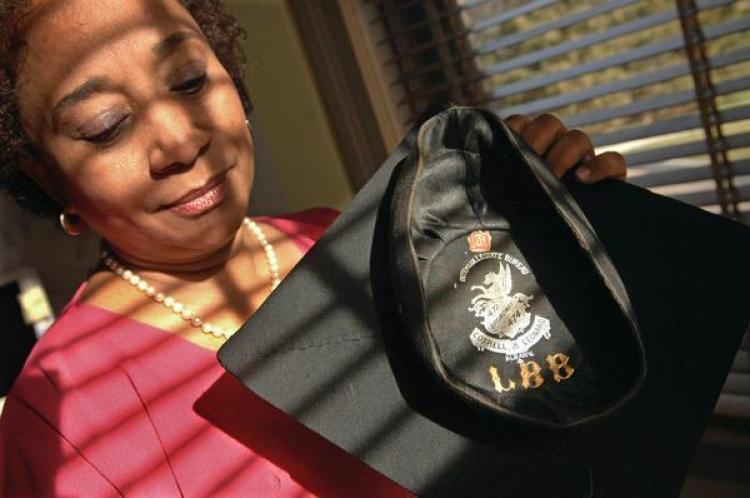 In this 2007 photo, CU Boulder Associate Professor of Media Studies Polly McLean holds a graduation cap embossed with Buchanan's initials. Photo by Glenn Asakawa (Jour'86), the Denver Post/Getty Images. At the top of the page is an image of Buchanan.

Tipped off by a newspaper story, Polly McLean, a CU Boulder associate professor of Media Studies, spent more than a decade exhuming Buchanan’s story and, finally, correcting history. For decades, the university’s official history erroneously stated that the first black woman to graduate from CU earned her degree in 1924.

In fact, however, the first black woman to graduate from CU did so in 1918.

Now, a century after Buchanan’s alma mater barred her from walking across the Macky Auditorium stage to accept her degree, Buchanan is being more fully recognized.

Read more from the Colorado Arts and Sciences Magazine