The front lines of crime

Home/Summer 2017/The front lines of crime

When Baltimore was in the national spotlight in spring 2015, so was alumnus Justin George (Jour'99).

Justin George (Jour'99) knew the story was going to be huge.

Just two days after 25-year-old Freddie Gray died in April 2015, his city of Baltimore began to roar. Within a week, it erupted.

Gray, an African-American accused of possessing an illegal switchblade, received fatal neck and spine injuries while traveling in a police vehicle. Many questioned the officers’ use of force and demanded justice for his death. Protests, violence and crime flourished.

In the peak of Baltimore’s havoc, a CVS pharmacy was looted and burned, bricks and bottles were thrown at police officers and cruisers were destroyed. Every major national news outlet was hooked on the story. 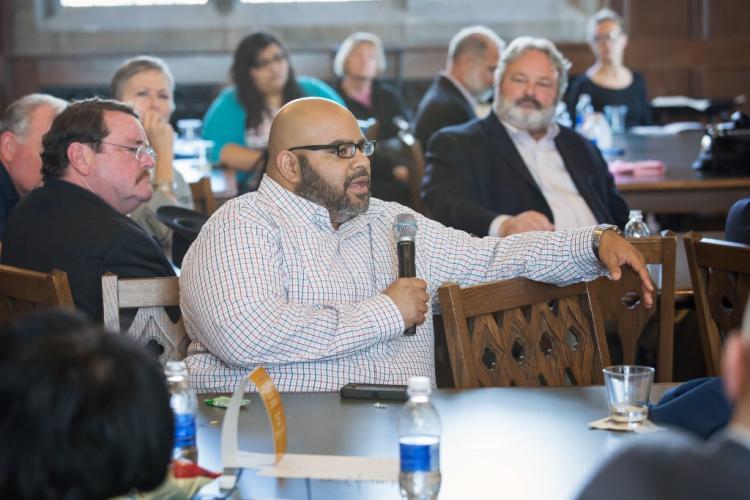 Justin George speaks at Marquette University while working as an O’Brien Fellow in Public Service Journalism, where he completed a project on firearm lethality for the Baltimore Sun. Photo used with permission.

George, then a crime reporter for the Baltimore Sun, and the rest of his newspaper team were not about to be upstaged by the likes of CNN, the Washington Post or Fox News.

“We felt it was our city and our story,” says George, who took a new position in March for the news-partnering organization The Marshall Project.

George, who often left home in the middle of the night to rush to a crime scene, had spent nearly half of his time at the Sun in Baltimore’s streets. He knew the city.

To keep ahead of the Freddie Gray protests, George relied on previous sources and his own street knowledge to release story after story. Additionally, he obtained exclusive access to follow the detectives investigating the six police officers involved in events leading to Gray’s death. (After a string of acquittals and a mistrial, the State’s Attorney dropped charges against all six officers.)

He witnessed the turmoil firsthand. On April 27, 2015, the night of some of the most destructive riots, George recalls driving through the city in an unmarked car with the detectives. He saw firefighters extinguishing fires, people being arrested by police in riot gear and others throwing rocks. George heard later that some of his colleagues were doused with pepper spray.

George’s insight into the case made him a go-to source for CNN, Fox News and others, and his four-part investigative piece, “Looking for Answers,” was published by the Sun in October 2015. He became a Pulitzer finalist with the rest of the Sun team in 2016.

The month-long, constant experience solidified George’s view of himself as a journalist.

“Sometimes you doubt why you’ve been working all these years trying to get better, knowing how to talk to people, working odd hours,” says George, who worked for the Boulder Daily Camera for three years after attending CU. “It was comforting to see that all the little things I’ve gone through were in total use during the situation.” 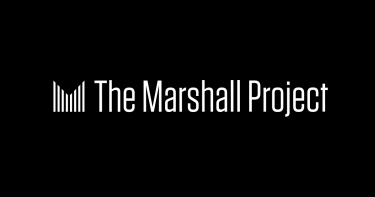 He’s since expanded his reporting to a national level. For nine months starting in fall 2015, George studied U.S. gun homicides and shootings as a recipient of the O’Brien Fellowship in Public Service Journalism, a fully funded fellowship at Marquette University. Now George is based in Washington, D.C. at The Marshall Project, a nonprofit news organization headed by former New York Times executive editor Bill Keller.

“He knows what needs to be done,” says Justin Fenton, a former colleague of George’s at the Sun. “Everyone appreciates his skill as a writer.”

George covers crime politics and policy, and keeps a watchful eye on the Department of Justice and criminal justice bills coming out of Congress. The New Yorker published his first major story.

“This is a profession that people trust,” he said. “We have a great responsibility to keep people’s trust, tell the truth and tell it right.”

Issue: Summer 2017
Categories:
Tags:
Return to the top of the page