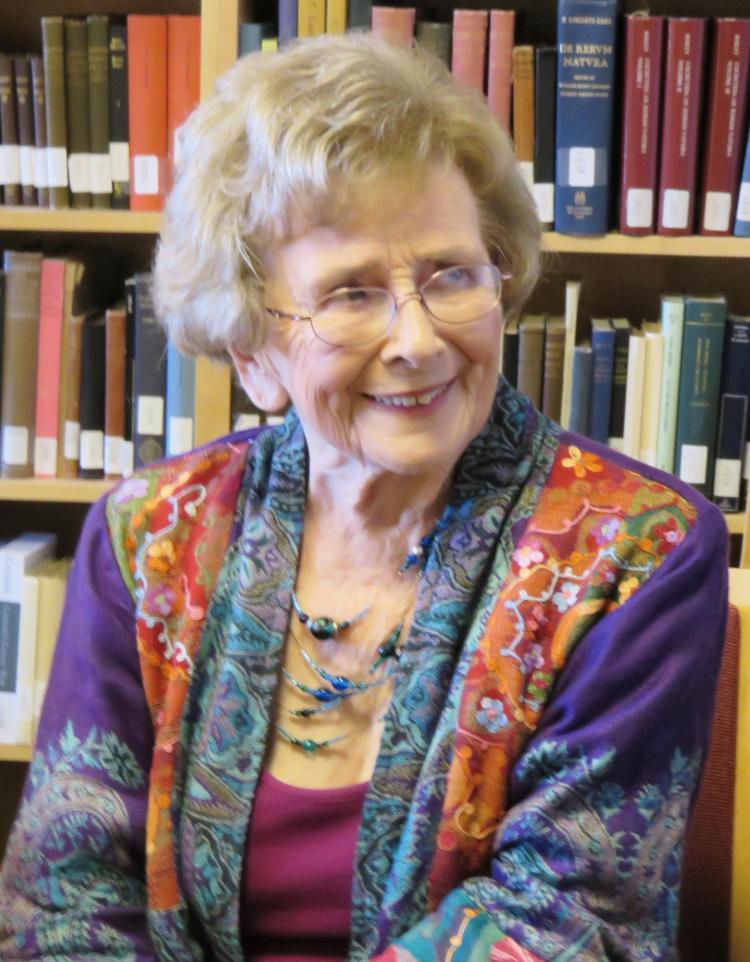 It is with great sadness that the Department announces the passing of Professor Emerita Joy K. King, an extremely distinguished Classicist, an inspirational teacher, a visionary leader, and a critical contributor to the department and the University.

Professor King - Joy - received her degrees from Knox College (BA 1947), the University of Wisconsin-Madison (MA 1952), and the University of Colorado Boulder (PhD 1969). She taught at the University of Colorado Boulder from 1968 to 1994, serving as Chair of the Classics Department from 1982 to 1986. She published widely on Roman poetry, focusing especially on Propertius, Catullus, and Lucretius. At CU she coordinated the beginning and intermediate Latin programs and supervised graduate instructors, taught Latin Teaching Methods, and helped prepare Classics majors who were planning to dedicate themselves to secondary Latin teaching. Beyond CU, she was the preeminent voice of Colorado Latin, devoting herself to supporting all Colorado Latin teachers with advice, training, and a frequent newsletter. She served as co-chair of the Women’s Classical Caucus (1983-1984) and president of the Classical Association of the Middle West and South (1991-1992).

A volume in her honor, Woman’s Power, Man’s Game: Essays on Classical Antiquity, edited by Mary DeForest, was published in 1993 by Bolchazy Carducci Publishers. The title captures a salient feature of her career, for she navigated the academy and the field of Classics in a period when it was largely closed to female faculty, and she did so in a way that commanded respect and authority even while pushing the rules of the game in the direction of civility and warmth. Joy remained an active presence in Classics and at CU deep into her retirement. On her birthday in 2012, the department held a symposium to recognize and pay tribute to her many contributions. The Department established an award to commemorate the work of Joy alongside her longtime friend and fellow department member Barbara Hill. The Joy King-Barbara Hill fellowship in the Teaching of Latin, first awarded in 2015, continues to play a role in fostering the love of Latin among emerging generations at CU that Joy herself kindled and fostered for 26 years. Her many contributions to the field were recognized by the Albert Nelson Marquis Lifetime Achievement Award in 2019.

The family would prefer memorial contributions in support of the Joy King & Barbara Hill Graduate Support Fund in lieu of flowers.

You can watch Professor King talk about her life and career to Marquis Who's Who and CUTV news in 2019.