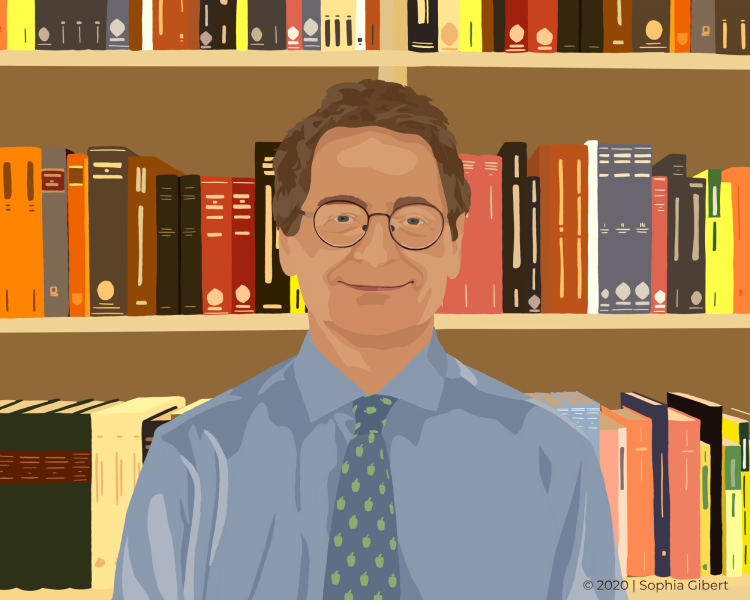 The Department of Classics congratulates John Gibert on his promotion to Full Professor!

John Gibert (BA Yale, PhD Harvard) is interested in archaic and classical Greek poetry, especially Homer and drama, and in particular the tragic playwright Euripides. His edition of Euripides’ Ion with introduction, Greek text, and commentary appeared last year in the series Cambridge Greek and Latin Classics, popularly known as the “green and yellow.” He is the author of Change of Mind in Greek Tragedy and co-author, with Christopher Collard and Martin Cropp, of Euripides: Selected Fragmentary Plays II, as well as numerous articles, chapters, and reviews on Greek literature and culture, which remain the focus of his current work. At CU, he has supervised Honors theses, MA theses, and five PhD dissertations, and he has taught classes on over 30 different topics, including Greek and Latin at all levels and lecture courses on Greek Mythology, Gender and Sexuality in Ancient Greece, and Greek and Roman Epic, Tragedy, and Comedy. He has served the Classics Department as Chair, Associate Chair for Graduate Studies, and Associate Chair for Undergraduate Studies. He enjoys participating in theatrical productions, most recently as dramaturge for the CU Theatre & Dance Department’s production of Euripides’ Hecuba in 2018. His daughter Sophie Gibert created the illustration accompanying this story.