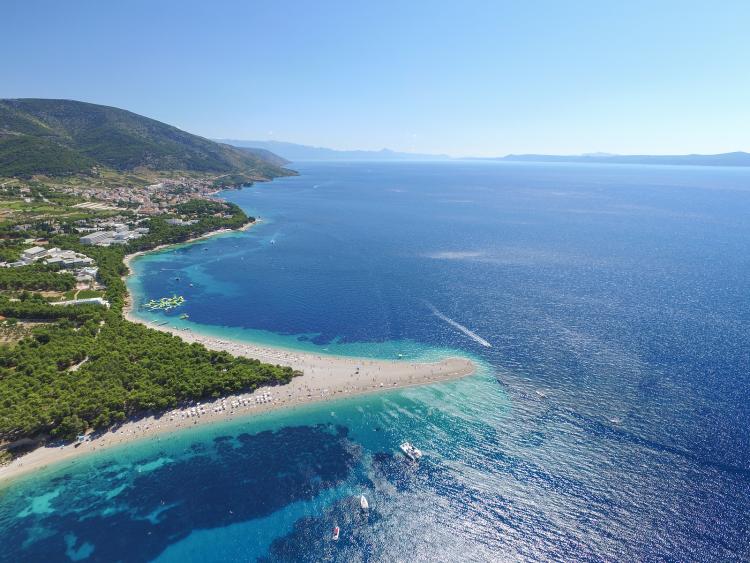 Sarah James has been awarded a CU Research and Innovation Seed Grant, a major grant that will support two seasons (in 2021 and 2022) of the Classics Department’s new archaeological project! The project is a collaboration with the University of Split that focuses on the island of Brač in Croatia, the second-largest island in the Adriatic and one with great archaeological potential. The Brač Island Project will explore the archaeology of the island’s coastal regions from the 1st millennium BC to the 6th c. AD. Among the many regions impacted by the Greeks and Romans in the ancient Mediterranean, the eastern Adriatic coast and its islands are one of the least studied. Sarah and her team will excavate a native Liburnian hillfort that had significant contacts with Greek material culture from the 11th-3rd c. BC and conduct field surveys around two other ancient sites on Brač that have shown evidence of Greek and Roman contacts based on previous studies (see the attached photo of the area of Bol). The project’s research goals are to inform larger discourses about Greek colonization and trading contacts in the pre-Roman Mediterranean and about the effects on regional populations of integration first into the Roman Republic and later into the Empire. Sarah and her team are in a unique position to be leaders in this new area of Classical studies because theirs is among the first American projects to work in Croatia. The team were originally set to begin excavations next month, but instead the first season has now been rescheduled for May 2021. We look forward to sharing many more updates as the work progresses!