How to make a Roman temple robber:
rhetoric and abuse from Ciceronian Rome to Lord Elgin
presented by Professor Isabel Köster 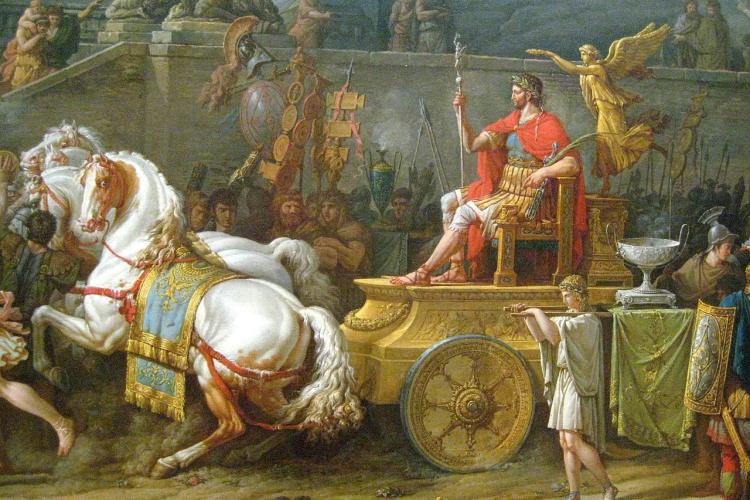 Stealing from a sanctuary was one of the worst crimes a Roman could commit. A temple robber was a creature of insatiable greed who risked angering the gods to satisfy his desires. Our image of what Roman temple robbers were like, why they were a problem, and how they should be punished comes primarily from literary accounts. This talk explores three Roman temple robbers: a general who plundered too much during a campaign, a corrupt and vicious governor, and an emperor who takes on Jupiter. I also consider echoes of Roman discourses about temple robbery in George Byron’s “The Curse of Minerva,” a poem that casts Elgin’s plundering of the Athenian Acropolis in the early 19th century as an act that needs to be avenged by the gods.

Free and open to the public - no registration required.

Sponsored by Mary E.V. McClanahan and the Department of Classics.
This event will take place at 1610 Pleasant St. Eaton Humanities.  Parking available just north of the Eaton Humanities building.
Contact www.colorado.edu/classics or 303-492-6257 for more information.