On September 21 at 3:30pm in Old Main Chapel, professors of Art and Art History, Classics, Geography and Linguistics will give public lectures on their areas of expertise. 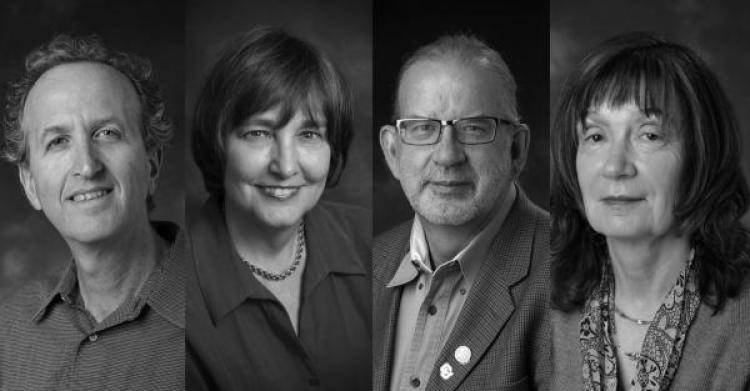 From left to right, America, Palmer, Serreze, and Newlands

Three members of the University of Colorado Boulder faculty have been named 2017 Professors of Distinction by the College of Arts and Sciences in recognition of their exceptional service, teaching and research. The new professors of distinction are Mark Amerika of art and art history, Martha Palmer of linguistics and Mark C. Serreze of geography. This revered title is reserved for scholars and artists of national and international acclaim whose college peers also recognize as exceptionally talented teachers and colleagues. Honorees of this award hold this title for the remainder of their careers in the College of Arts and Sciences at CU Boulder. The trio will be honored on Thursday, Sept. 21, at 3:30 p.m., in the Old Main Chapel on campus. At the free and public event, each will give a 20-minute public presentation based on his or her research or scholarly work. Additionally, Carole Newlands of classics, who was named professor of distinction in 2015 but was unable to deliver her lecture that year, will give join the 2017 honorees and deliver her lecture on Sept. 21.

A reception in the CU Heritage Center Museum on the third floor of Old Main will follow the presentations. Amerika’s artwork has exhibited internationally at venues such as the Whitney Museum, the Denver Art Museum, the Institute of Contemporary Arts in London and the Walker Art Center. He will speak on “The Artist as Fictional Persona.” Palmer is a professor of linguistics and the Helen & Hubert Croft Professor of Engineering in the Computer Science Department. She is also an Institute of Cognitive Science faculty fellow, a co-director of CLEAR and an Association of Computational Linguistics fellow. Her lecture is titled “Capturing Meaning.” Serreze is a professor of geography, a fellow of the CU Cooperative Institute for Research in Environmental Sciences, and director of the CIRES National Snow and Ice Data Center. He specializes in Arctic climate research, including atmosphere-sea ice interactions, synoptic climatology, boundary layer problems, numerical weather prediction and climate change. He will speak about “Shifting Priorities: A Personal Journey.” Newlands has been a professor of classics at CU Boulder since 2009. Prior to that, she was an assistant professor at Cornell University, an associate professor at UCLA and a full professor at University of Wisconsin-Madison, serving four years as the department chair. Her lecture is titled “Confronting the Classics: Ovid in the Caribbean.”

For a full listing of previously named professors of distinction, click here. 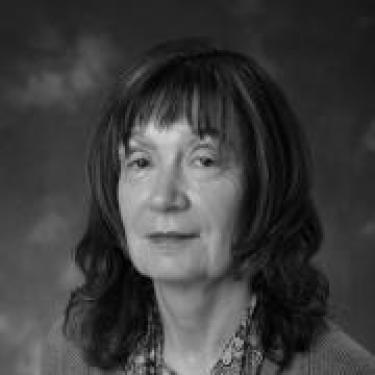 Carole Newlands has been a professor of classics at CU Boulder since 2009. Prior to that, she was an assistant professor at Cornell University, an associate professor at UCLA and a full professor at University of Wisconsin-Madison, serving four years as the department chair. She has held research fellowships at Clare Hall Cambridge and at the Institute for Advanced Studies, Princeton, as well as fellowships from the American Council of Learned Societies, National Endowment for the Humanities and the Loeb Classical Library Foundation. She also served on the editorial board of the journals Viator, Classical Antiquity and American Journal of Philology and was a director of the Classics Association of America. In spring 2010, she was visiting NEH professor at the University of Richmond. In the summer of 2010, she held the position of William Evans Fellow at the University of Otago, New Zealand. In 2016, she will be a research fellow at the Center for Humanities at the National University of Australia, Canberra. In addition, she is the author of more than 40 articles on classical and medieval topics, and she has published several books, including Playing with Time: Ovid and the Fasti (Cornell University Press 1995); Statius Siluae and the Poetics of Empire (Cambridge 2002); Siluae Book 2 (Cambridge Greek and Latin series 2011); Statius: a Poet between Rome and Naples (London 2012); Ovid: an introduction (London 2015). She is also co-editor of the Wiley-Blackwell Companion to Ovid (Oxford 2014); The Brill Companion to Statius (Leiden 2015); and Ancient Campania (Illinois 2015). Her new work involves travel in the imperial Roman world and the role that the classics played in Scottish culture.