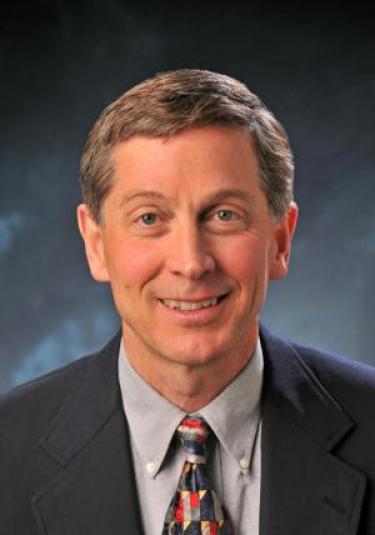 Miniaturization to the nanometer scale has been one of the most important trends in science and technology over the past decade.  The chemistry to fabricate nanolayers, the engineering for nanocomposite design and the physics of nanostructure properties have created many exciting opportunities for research.  These new interdisciplinary areas in nanoscience and nanotechnology supersede the more traditional disciplines and demand new paradigms for collaboration.

Our research is focusing on the fabrication, design and properties of ultrathin films and nanostructures.  We are developing new surface chemistries for thin film growth, measuring thin film growth using in situ techniques and characterizing thin film properties.  This research is relevant to many technological areas such as semiconductor processing, flexible displays, MEMS/NEMS, Li ion batteries and fuel cells.  Our research bridges many disciplines and we have collaborators in the Departments of Chemistry, Chemical Engineering, Mechanical Engineering and Physics on campus and many others at universities, industries and national laboratories off campus.

Many of our surface chemistry and thin film growth investigations utilize atomic layer deposition (ALD) techniques [1].  ALD is based on sequential, self-limiting surface reactions as illustrated in the accompanying figure.  This unique growth technique can provide atomic layer control and allow conformal films to be deposited on very high aspect ratio structures.  ALD methods and applications have developed rapidly over the last ten years.  ALD is on the semiconductor road map for high-k gate oxides and diffusion barriers for backend interconnects.  ALD is also employed in magnetic read-write heads and is employed to fabricate capacitors for DRAM.

ALD is based on sequential, self-limiting surface chemical reactions.  One of the classic ALD systems is Al2O3ALD.  Al2O3 ALD is based on the binary reaction: 2Al(CH3)3 + 3H2O -> Al2O3 + 6CH4 can can be split into the following two surface half-reactions [2,3]:

where the asterisks denote the surface species.  In the (A) reaction, Al(CH3)3 reacts with the hydroxyl (OH*) species and deposits aluminum and methylates the surface.  The (A) reactions stops after all the hydroxyl species have reacted with Al(CH3)3.  In the (B) reaction, H2O reacts with the AlCH3* species and deposits oxygen and rehydroxlates the surface.  The (B) reactions stops after all the methyl species have reacted with H2O.  Because each reaction is self-limiting, the Al2O3 deposition occurs with atomic layer control.

By applying these surface reactions repetitively in an ABAB... sequence, Al2O3 ALD is achieved with a growth rate of 1.1 Å per AB cycle [3].  This approach is general and can be applied to many important binary materials such as MgO [4] and TaN [5].  The ALD method can also be extended to deposit single-element metal films.  For example, the binary reaction for tungsten deposition: WF6 + Si2H6 -> W + 2SiHF3 + 2H2 can be split into separate WF6 and Si2H6 half reactions to obtain W ALD [6].  Film growth during Al2O3 and W ALD can be recorded using a variety of techniques including the quartz crystal microbalance (QCM) [7].  QCM results for Al2O3 and W ALD are shown in the above figure.

Similar self-limiting surface reactions can be employed for the growth of organic polymer films.  This film growth is described as molecular layer deposition (MLD) because a molecular fragment is deposited during each reaction cycle [8].  The precursors for MLD have typically been homobifunctional reactants.  A cartoon illustrating the MLD process is shown in the above figure.  MLD methods have been developed for the growth of organic polymers such as polyamides [9].

There are many important new applications for ALD and MLD.  For example, Al2O3 ALD on polymers produces excellent gas diffusion barriers that are needed for flexible display and thin film solar devices on polymer substrates [11].  ALD coatings on the electrodes of Li ion batteries can also stabilize the capacity versus charge-discharge cycles and improve the lifetime of the battery [12,13].  Metal ALD is also useful for efficiently depositing expensive precious metals for use in catalysis [14].  Semiconductor ALD may also be important in defining a new family of nano-photovoltaic devices [15].

Our research spans from surface chemistry development to the application of the ALD thin films.  We grow our ALD and MLD thin films in various viscous flow hot-wall reactors [16], rotary reactors for coating particles [17] and plasma ALD reactors [14].  Our in situ techniques for measuring thin film growth include quartz crystal microbalance (QCM) [16] and Fourier transform infrared spectroscopy [18].  Our ex situ techniques for studying thin films include x-ray reflectivity (XRR) and x-ray photoelectron spectroscopy.  We also have access to a variety of other techniques outside of our laboratory at the Nanofabrication Characteriztion Facility such as field-emission scanning electron microscopy and nanoindentation.