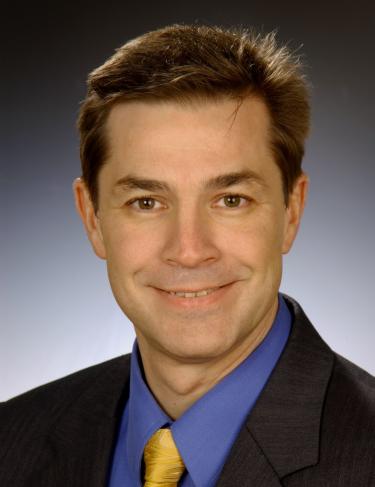 Solvation effects on the chemistry of objects from molecules to nanocrystals

Much of the behavior of important molecular species is only known in a condensed phase environment (mostly solutions), where interaction with the solvent changes some of the properties of the solute. In order to unravel the effects of solvent-solute interactions, we want to understand the intrinsic properties of the solute and study them as isolated entities in vacuo. There are several areas of interest at present:

One of the most promising avenues towards a sustainable energy economy, independent of the use of fossil fuels, is the conversion of CO2 and water into chemical fuels. For this process to be economically viable, catalysts need to be developed for the various steps involved, but the molecular-level mechanisms in the catalytic generation of solar fuels are often poorly understood. At the current stage of research, it is important to investigate promising molecular catalysts and key intermediates in the proposed catalytic cycles in detail to connect molecular properties with catalyst performance, which can potentially guide catalyst design. We use electrospray ionization to bring water oxidation catalysts into the gas phase, where we can characterize their intrinsic properties with electronic and vibrational spectroscopy. We can also manipulate them by preparing clusters with a well-defined number of solvent molecules, building the solvation environment one molecule at a time, and following the evolution of their properties with increasing solvation. You can click here to read more.

(B) Reductive activation of CO2 by transition metal catalysts

Water oxidation (see above) is only side of the coin, the other is CO2 reduction. So far, mechanisms and especially solvent effects in CO2 reduction catalysis are largely not understood or even characterized. Mass-selected clusters of metal anions with CO2 serve as model systems for the reductive activation of CO2 by a catalyst under complete control of the composition and size of the solvation environment.  Vibrational spectroscopy and electronic structure calculations are used to obtain molecular-level information on the interaction of solvent with the catalyst-CO2 complex and their effects on one-electron reduction of CO2. If you would like to read more about this, click here and here.

Structures, and the inter- and intramolecular forces in complex ions. The experiments contribute valuable information e.g. on the electron donation/back-donation in metal- and metaloxide-ligand complexes and electron binding energies.  Another example in this program area is the investigation of the photochemistry of species that are relevant to metal-organic reactions, e.g. the photochemistry of chromate esters, which are important intermediates in the oxidation of alcohols by chromate. If you are interested in this area, you can read more here, here, and here.

(D) Developing methods for the study of isolated nanoparticles:

In this project, we are developing methods for the preparation and spectroscopic study of nanocrystals suspended in a buffer gas under well-controlled experimental conditions. The main tool set in this project consists of cryogenic buffer gas beam and trap techniques. These techniques have been developed in AMO physics and physical chemistry communities, but have been mostly used on relatively small neutral molecules (in the case of cryogenic buffer gas beam sources) and somewhat larger ions (in the case of cryogenic ion traps). We want to use the best parts from both worlds to develop an apparatus that will be capable of preparing nanoparticles under cryogenic conditions. These can then be studied using mass spectrometry and fluorescence spectroscopy.  The aim of the project is to enable fundamental studies of the intrinsic properties of nanocrystals under well-controlled conditions, which means, in particular, the absence of any chemical environment such as solvents, matrices, or surfaces.

Nanostructured materials (quantum dots, nanowires, nanocrystals) have led to a large research field in the last years. While there is a huge body of work on their synthesis, the molecular-level details of their interaction with their chemical environment is largely not explored, as is the size dependence of much of their structural properties. High pressure experiments offer access to tackle such questions.

At relatively low pressures (a few hundred MPa), only intermolecular distances are varied by application of pressure. This is much less perturbative than variation of temperature or chemical composition. The behavior of nanocrystals at these low pressures yields information on the properties of the interface between the nanocrystals and their chemical environment, including their protective ligands.

Higher pressures (GPa range) can result in phase changes in the solvent or in the nanocrystals themselves. The former will again lead to a change in the interaction of the nanocrystal with its environment. The latter afford access to new materials with new optical and electronic properties. We use photoluminescence spectroscopy and Raman microspectroscopy to study these phenomena. You can see examples of our work here and here.

Selected Publications
Return to the top of the page