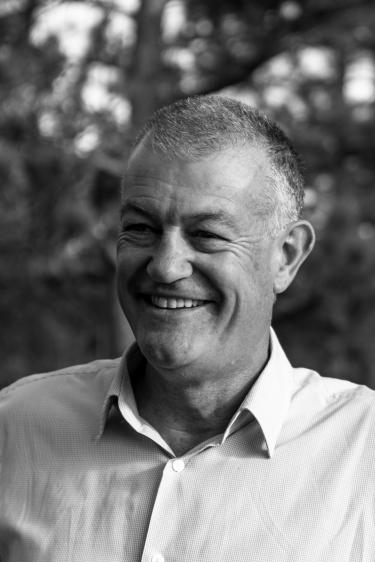 My research program focuses on the fundamental science of solar energy conversion in organic and hybrid structures, with emphasis on the factors that influence the generation of free-charge carriers in systems that contain conjugated polymers as the primary light-harvester. Over the past seven years, I have developed time-resolved microwave conductivity (TRMC) as a distinctive electrodeless, spectroscopic tool for probing free-carrier generation in a range of nanostructured, organic systems that contain conjugated molecules and polymers, novel fullerenes, single-walled carbon nanotubes (SWCNTs) and colloidal quantum dots. I am recognized for developing the molecular approach to understanding the driving force for the photo-induced electron transfer process that controls carrier generation in organic photovoltaic devices. These contributions are built on a strong background in molecular photochemistry and photophysics and expertise of time-resolved and steady-state emission spectroscopies. This foundation provides unique insight into the intrinsic electronic and optical properties of the nanoscale species found in solar harvesting devices.

Understanding the process of photo-induced electron transfer in donor:acceptor systems, frequently found in organic photovoltaic devices, is challenging.  I approach this problem by viewing it as a molecular system, where the Gibbs energy driving force and the re-organization energy are both important factors in controlling the rate constant of the process.

My research uses a series of acceptor species and, where we have good knowledge of the reduction potentials (or electron affinities), disperses these at a low concentration in conjugated polymers of known chemical composition and solid-state microstructure.  Using TRMC as a tool to detect the presence of free carriers after photoexcitation, the importance that the acceptor species has on the electron transfer process can be examined.  While working at low concentration, where devices do not function, attention can be focused with more ease on this fundamental charge-generating step.

The research strategy, as with all projects described here, is to collaborate with research teams that have an expertise in generating well-characterized samples of acceptors upon which detailed study can be performed.  My program currently collaborates with Colorado State University for perfluorinated fullerenes and Imperial College for conjugated polymers, with my core photochemistry program at the National Renewable Energy Laboratory (NREL) for chiral-pure SWCNTs and colloidal semi-conductor quantum dots.

While TRMC is the primary spectroscopic tool, the program accesses a variety of other instruments including femto-second transient absorption and terahertz spectroscopies, and time-resolved photoluminescence, where the fate of the initial photo-generated excitons and primary charge-generating mechanism can be followed with greater ease.  More recently, a collaboration with the National Institute of Standards and Technology (NIST) leverages time-resolved X-ray absorption (tr-XAS) to probe the structure changes on the acceptor species associated with the electron transfer process.

The origin and yield of charges in neat conjugated polymers has long been controversial with the primary excitation commonly being accepted as an exciton.  My research program has highlighted the importance of polymer microstructure in understanding the photophysics of these materials. Although polymers such as PPV and p3HT have been used in OLEDs, OFETs and OPV devices for a number of years, only recently has the importance of the solid-state microstructure been considered to be an issue of importance.

The research has recently demonstrated how the polymer molecular weight can have a significant impact on determining the microstructure, which influences the absorption, emission, charge-generating and charge-transport properties.  Recently, the investigation has demonstrated control of the microstructure through sample processing that can be monitored using XRD and DSC, as well as examining the impact this has on the intrinsic charge-generation process using TRMC.  Through the collaboration with Imperial College, examination is now underway to control these properties using the length and positioning of the solvating side-chains on the polymer backbone as well as the molecular weight and polydispersity.

A common feature of all the systems studied is that the primary product of photoexcitation is an exciton or local excited state.  A unique feature of these types of excitations is the ability to control the electronic and optical properties through size, shape and composition of the nanoscale species.  From conjugated polymers and single-walled carbon nanotubes through to molecular aggregates and colloidal quantum dots, the primary excitations are excitons.  It is the ability of these excitations to move and interact with other species that is of primary interest.

I have gained substantial expertise from studying the properties of excitons in conjugated polymers where the interactions between polymer chains result in both intramolecular and intermolecular excitations.  Excitons generated on SWCNTs show a strong dependence on nanotube diameter, charity and, in extreme cases, length while, in contrast, excitons on colloidal quantum dots show a dependence on composition, size and shape.  Although the primary focus of my research is the generation of separated charges for solar energy conversion, it is imperative that the primary photophysics of these excited states are understood. Investigating properties such as the excited state lifetime, the ability to migrate or emit, or form excited state complexes (rather than free charges) are all critical aspects within my research program.  This program has recently initiated studies on molecular chromophores that exhibit unusual photophysical properties when dispersed in conjugated polymer or fullerene films or when the structure can be used to control the formations of liquid crystalline phases.

A topical aspect of my research program, which is gaining attention, has been the development and use of flash photolysis, time-resolved microwave conductivity (fp-TRMC) as an electrode-less, spectroscopic tool for studying the efficiency and lifetime of charge carriers in organic systems.  While the use of microwaves to detect charges is well known for inorganic semiconductors, it is a far more difficult experiment for organics, owing to the carrier mobilities being at least six orders of magnitude lower in organics, and thus a much-reduced microwave absorption cross-section.

The TRMC technique is unique with only one other major research institute in Europe exploiting its potential. This distinctive spectroscopic tool is proving to be invaluable for detecting low levels of free charges in the nanoscale systems mentioned above in my other research areas.   Most importantly, the tool is critical in systems where other spectroscopic techniques lack the sensitivity or where device configurations do not work.

My recent research studies have predominantly focused on thin films under ambient conditions, but the program recently has begun to expand quite substantially.  A newly-constructed instrument has been placed at the pulse-radiolysis facility at Brookhaven National Laboratory that enables the use of electron-beam excitation from a van der Graaff generator to generate selectively either electrons or holes in the nanoscale species (pulse-radiolysis time-resolved microwave conductivity, pr-TRMC).  This new system is currently being deployed to investigate electron and hole injection into polymer-solvated, chiral-pure SWCNTs dispersed in benzene.  Further modifications allow temperature control to be incorporated into the system, which is a complex task due to the bulky brass microwave guide in which the sample is housed.  To improve the time-resolution, and to enable pr-TRMC experiments on solid-state samples, a smaller Q-band waveguide system is being constructed to complement the existing X-band systems.