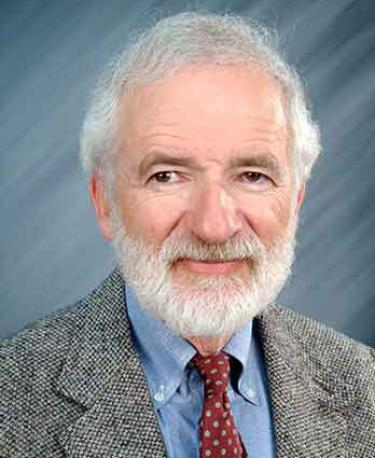 Professor Nozik is a Research Professor in the Department of Chemistry and a Senior Research Fellow Emeritus at the National Renewable Energy Laboratory (NREL) in Golden, Colorado; NREL is one of the National Laboratories of the U.S. Department of Energy. He maintains an active interaction and collaboration with his colleagues at NREL in the following areas of research: (1) basic phenomena at semiconductor-molecule interfaces; (2) the dynamics of electron relaxation and transfer across these interfaces; (3) size quantization effects in ultra-small (2 - 25 nm) semiconductor nanocrystals (called quantum dots (QDs), quantum rods, and quantum wells) and nanostructures; (4) basic and applied science of future generation solar cells based on the unique properties of quantum dots and rods (such as multiple exciton generation (MEG) from single photons) incorporated into these cells,  as well as singlet fission in unique dye molecules; and (5) the role of nanoscience for advancing progress and performance of devices for the conversion of solar photons to solar electricity and solar fuels. Graduate students working with Professor Nozik conduct their research in the NREL laboratories and also work closely with prominent senior scientists at NREL. These areas are discussed further below:

Photoconversion of light to electricity or fuels (e.g., hydrogen, alcohols, or hydrocarbons) depends upon the efficient generation, spatial separation and subsequent transport and/or interfacial charge transfer of electrons and positively charged holes (the two charges carriers that are created upon the absorption of photons in the photoactive semiconductors (called excitons in semiconductor QDs) or by unique molecules at semiconductor-molecule interfaces that create two triplets from a singlet via singlet fission. The separated electrons and holes can produce electrical power in a photovoltaic device or drive electrochemical oxidation-reduction reactions with redox molecules at the semiconductor surfaces in a photoelectrochemical device.  A critically important fundamental issue is the dynamics of relaxation of the photogenerated charge carriers. The relaxation processes include multiple exciton (ie, coupled electron-hole pairs) generation (MEG) from single photons, charge carrier or molecule cooling, and radiative and non-radiative recombination. Systems of interest include an electron and hole transport in QD arrays or charge transfer across semiconductor-molecule interfaces.  These dynamics are studied theoretically and experimentally. The experimental studies utilize ultrafast time-resolved transient laser spectroscopy in the fs to ns time regime, including fs visible to mid-IR transient absorption spectroscopy, fs luminescence up-conversion spectroscopy, fs terahertz spectroscopy, and time-correlated (ps to ns) single photon counting measurements, steady-state electrochemical impedance spectroscopy, photocurrent spectroscopy, and photomodulation spectroscopy.

When electrons and holes in semiconductors are confined to ultra-small regions of space (typically 1-25 nm), the semiconductor structure enters the regime of size quantization, wherein the electronic energy levels of the system become discrete rather than quasi-continuous, and the optical and electronic properties of the semiconductor become strongly size-dependent. Such structures are called quantum dots or nanocrystals, quantum rods, or quantum wells depending upon their shape and dimensionality of the quantum confinement. We produce and study these quantization effects in colloidal semiconductor nanocrystals produced via chemical synthesis, as well as in quantized

semiconductor structures produced via epitaxial growth.  Group IV, II-VI, IV-VI, and III-V semiconductors are typically the materials we study. Quantum dots and nanostructures are of great scientific interest and also have many important potential applications in quantum dot lasers, as photocatalysts, and in solar energy conversion. They show remarkable properties such as absorption and emission spectra that can shift by several eV as a function of quantum dot size, photoluminescence blinking, long-range energy transfer, enhanced non-linear optical effects, enhanced photoredox properties, and enhanced utilization of hot electrons via multiple exciton generation (MEG) or hot electron transport, interfacial transfer, and conversion.  A current focus is to understand and develop future generation photoconversion /photovoltaic cells that maximize MEG to greatly increase their theoretical solar conversion efficiency to electrical power and solar fuels.  Singlet fission is a molecular analog of MEG and this process and its application to solar cells are also under study, in collaboration with the group of Professor Michl at CU.

EDITORSHIPS and EDITORIAL BOARD SERVICE