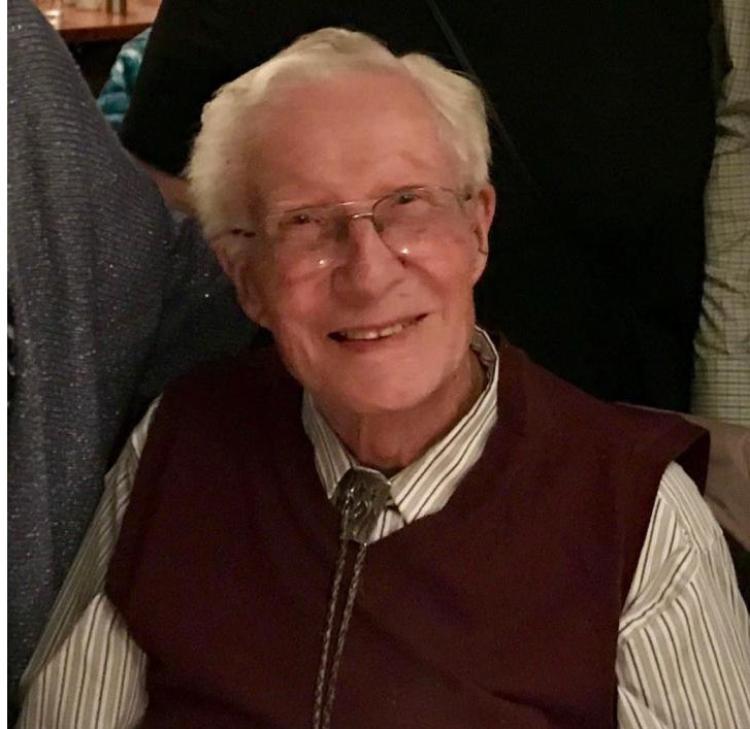 Bert Mills Tolbert was born Jan. 15, 1921. That year, President Warren G. Harding signed the formal declaration ending the war between the United States and Imperial Germany. Adolf Hitler became the leader of Germany’s National German Workers Socialist—aka Nazi—Party. And baseball’s World Series, between New York’s Giants and Yankees, was the first to be broadcast on the radio. “Have I seen changes in my life? I have indeed,” says Tolbert, professor emeritus of chemistry at the University of Colorado Boulder, upon reaching his 100th birthday. “I can remember horse-drawn carriages on the streets of town.” He started college at his hometown university, Idaho State University (then known as the University of Idaho, Southern Branch), before earning a bachelor’s degree, and in 1945, a PhD, in chemistry from the University of California, Berkeley. He later did postgraduate work at Switzerland’s Federal Institute of Technology. From 1944 to 1957, he worked as a chemist for the Lawrence Radiation Laboratory, later known as the Lawrence Berkeley National Laboratory, first focusing on nuclear-related projects for the war effort, then on isotopic labeling of organic compounds to understand biochemical and chemical processes, for the U.S. government.

In 1957, Tolbert took a faculty position at CU Boulder, where he was one of the first faculty members in biochemistry, today a department all its own. He and his wife, Anne Zweifler Tolbert, now 90, bought a property on Kalmia Avenue, on the edge of an apple orchard at the northernmost reaches of the city of Boulder. The couple still lives there. “Boulder was a very conservative town when I came here,” he recalls. “I think it’s changed.” (read more)