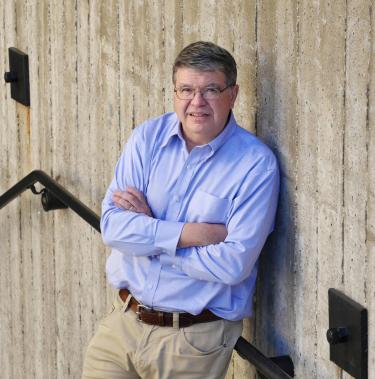 Dr. Amadei is a Distinguished Professor and Professor of Civil Engineering at the University of Colorado at Boulder. He received his Ph.D. in 1982 from the University of California at Berkeley. Dr. Amadei is the Founding Director of the Mortenson Center in Engineering for Developing Communities. He is also the Founding President of Engineers Without Borders - USA and the co-founder of the Engineers Without Borders-International network. Among other distinctions, Dr. Amadei is an elected member of the US National Academy of Engineering and the National Academy of Construction. He is also an elected Senior Ashoka Fellow. Dr. Amadei holds seven honorary doctoral degrees (UMass Lowell; Carroll College; Clarkson; Drexel; Worcester Polytechnic Institute; the Technion in Israel; and SUNY-ESF). In 2013 and 2014, Dr. Amadei served as a Science Envoy to Pakistan and Nepal for the US Department of State. Dr. Amadei holds a commercial pilot license (multi-engine land, instrument).

Prof. Amadei has been extremely active in publishing papers in both scientific journals and professional meetings. He has authored and co-authored six books and approximately 200 technical papers. His research at the University of Colorado has been multidisciplinary. He has also provided consulting services to various engineering companies and organizations around the world.

Dr. Amadei’s current research focuses on integrating systems thinking and systems science in the planning, design, implementation, and monitoring and evaluation of small-scale community development projects. More specifically, he is interested in how to use system dynamics tools combined with other decision-making tools to (i) model the complex interactions taking place across social, natural, economic, and infrastructure systems; and (ii) understand how such interactions may contribute to sustainable development and peacebuilding. Dr. Amadei is also interested in the new field of Peace Engineering (PeaceEng) launched at Drexel University in 2017. It introduces engineers to the issues and mechanics of conflict analysis and peacebuilding and invites engineers to develop systemic methods and technologies to support peacebuilding efforts in conflict avoidance, reduction, and/or recovery.