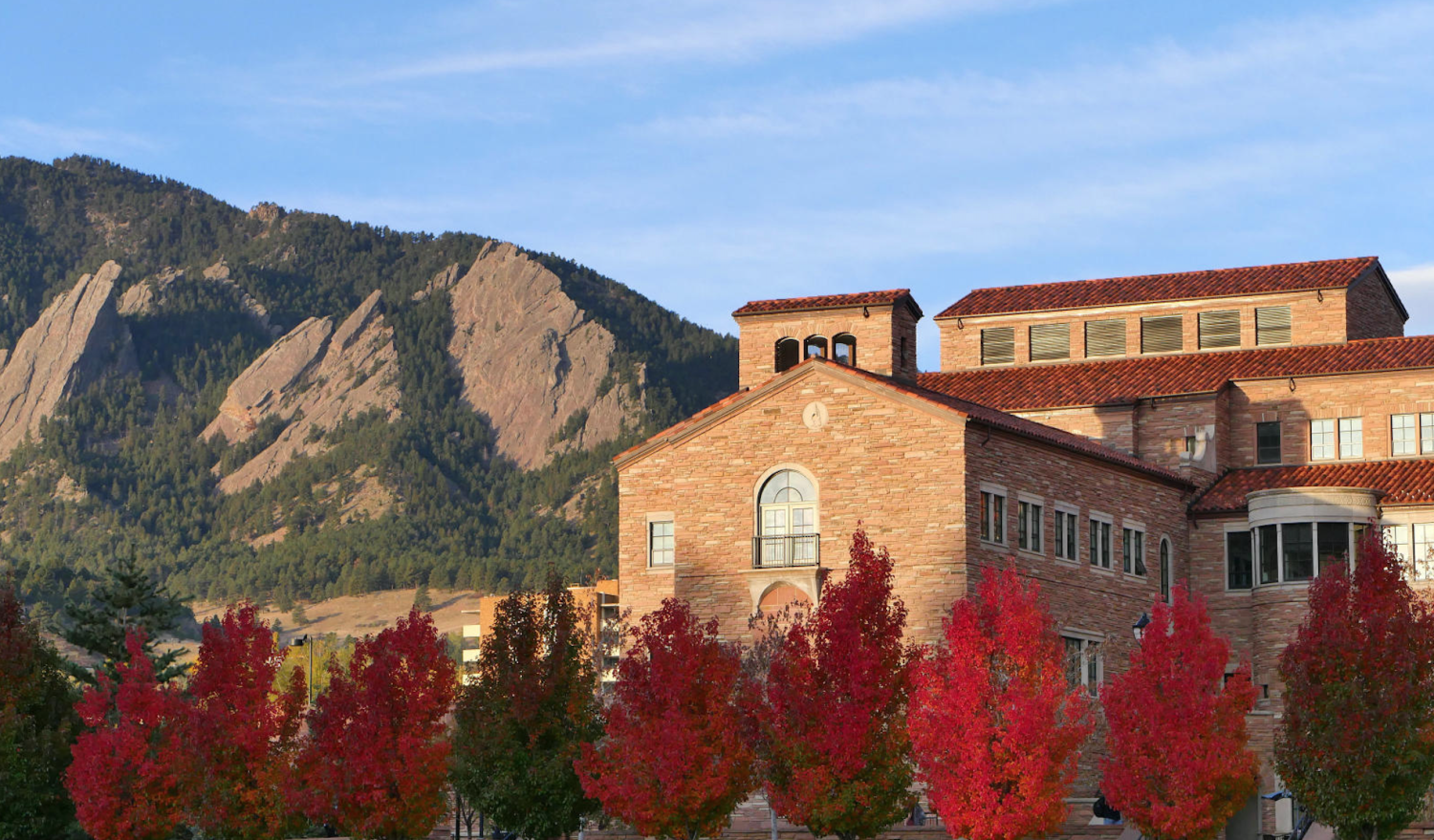 Jacobson is “excited to be joining the Benson Center,” noting that “its mission of encouraging civil discourse about contentious issues, promoting the study of Western Civilization in a fair-minded way, and increasing intellectual and political diversity at CU and beyond is more pressing now than ever.” As the new director, he is “deeply committed to defending and furthering this mission.”

Jacobson, who holds a Ph.D. from the University of Michigan and a BA from Yale University, works on a range of topics in ethics, moral psychology, aesthetics, and the moral and political philosophy of J. S. Mill. He founded and heads the Freedom and Flourishing Project, which is dedicated to exploring and developing the classical liberal tradition, defending freedom of speech, and increasing political diversity in academia.

As he begins his new post, Jacobson is grateful for the Center’s support during the transition.  “I want to thank Ben Hale, Betty Kilsdonk, and Lily Welch for helping me get my bearings, as well as keeping things going in an extremely difficult time; and especially Bob Pasnau for his work establishing the Center and encouraging me to apply for the position as director.”

The newly endowed professorship is named in honor of University of Colorado President Emeritus Bruce Benson and was made possible by generous gifts to the Bruce D. Benson Legacy Endowment Fund.

The Center’s visiting scholars and fellows are invaluable to furthering its mission and outreach, fostering intellectual diversity and dialogue both on campus and in the broader community.

Visiting Scholar in Conservative Thought and Policy (VSCTP) John C. Eastman and Senior Scholar in Residence  Elizabeth C’de Baca Eastman lead the roster of visiting scholars for the 2020-21 academic year. Robert Merry, also previously named as a 2020-21 VSCTP, has opted to defer his appointment until 2021-22 due to the pandemic. In addition to teaching and other important work, the Eastmans are presenting the annual Conservative Thought and Policy public lecture series. Speakers and topics are organized around the Center's 2020-21 theme (Community or Disunity?) and will be announced on the website.

Last year, Benson Center visiting faculty taught 16 courses to 468 student enrollees eager to learn more about the moral, economic, and political questions of our time, a 33% increase in courses, and a 20% increase in enrollees over the prior year.  Current offerings by director Jacobson and this year's visiting faculty address American politics, international law, contemporary social problems, Latin America and ancient Greece

This class will focus on issues relating to American politics and the election, during the 2020 presidential election season and in its aftermath. We will consider the election dispassionately: as a horse race. What do polls and betting markets show us and to what extent are they predictive? What are “wedge issues” and how are they used by campaigns? Have you ever watched a political debate only to discover that its practical effects were very different from your assessment of who won? Why was that? Notice that all these questions can be posed and answered without regard to which side is right about the issues, in your opinion or mine.  As a general rule, people don’t like to be confronted with “adverse discussion”: arguments for conclusions they reject. They prefer simple narratives that avoid engaging the crux of the issues, or else form their preferences on other grounds entirely. Politicians know this and capitalize on it. In this seminar, all of your preconceived political views will be challenged, specifically in the context of the ongoing presidential campaign.

Highlights the development of American political theories and ideas from the colonial period to the present.

President Abraham Lincoln lived in one of the most divisive periods in American politics and history. What events led to Lincoln ascending to the presidency, how did he navigate the tumultuous era, and what is his legacy? The writings of Lincoln, his predecessors and contemporaries, and modern commentators guide discussion of these questions and themes.

Examines competing positions in debates over a wide variety of controversial moral, social, and political issues.

Examines Greek architecture in context, from the ninth century B.C.E. into the Hellenistic period, considering the use of space, both in religious and in civic settings and using texts as well as material culture.

Shilo Brooks has been appointed associate faculty director of the Benson Center. In this new position, he supports the Center's academic work and furthers the establishment of the Center’s intellectual community on campus, across the U.S. and worldwide. Brooks previously served as faculty coordinator of the Center’s summer institute and on its executive committee, roles he will continue in the new assignment.

In addition to his Center position, Brooks is faculty director of the Engineering Leadership Program and senior instructor in the Engineering Management Program in the College of Engineering and Applied Science, and holds a courtesy appointment in the Herbst Program for Engineering, Ethics and Society. Brooks received his Ph.D. in political science from Boston College, and his BA in liberal arts from the Great Books Program at St. John's College, Annapolis.

Each year the Center’s Western Civ Dialogue Series features an intellectually diverse slate of lectures, debates, and panels of expert speakers addressing a topic of political, social, or economic importance. This year’s topic is the emergence of a cancel culture as a political and cultural force.

In recent months, social coercion has become a more effective means of restricting political speech than legal coercion. Opinions that were once common are now anathema, and campaigns to de-platform or even “cancel” proponents of these opinions are increasingly frequent. These attempts at "cancellation" are not merely fair-minded criticism. Rather, they involve efforts to punish those with heterodox views by banishing them from social media, pressuring their employers to fire them, harassing them in public, or threatening their families. These new methods of social coercion have curtailed the range of political views that can be expressed publicly without fear of social sanction. This series considers the implications of the new cancel culture, the norms it imposes on thought and expression, and the conformism it attempts to compel.  Speakers will be announced on the Center's website.

History has its eyes on him: Benson Center virtual panel discusses Hamilton: An American Musical

On October 20 at 6 p.m., please join us in the  “room where it happens.” We’re holding a live-panel virtual discussion of the real-life story of one of America’s founders and first Secretary of the Treasury. The program will be offered in the context of Lin-Manuel Miranda's hit original Broadway production Hamilton and the times in which he lived. Information on how to participate will be available on the website. The multi-disciplinary panel includes Markas Henry, Associate Professor, Theater; Taylor Jaworski, Assistant Professor, Economics; Elizabeth Eastman, Benson Center Senior Scholar in Residence; and Honor Sachs, Assistant Professor, History.

A big thank you to the more than 200 participants in our recent community engagement surveys. As the Center works with university and community leadership to prepare for a COVID-19-ready campus for fall semester, we appreciate your input on how best to keep our students and community members safely engaged.

Thanks to the generosity of donors, the Center offers an array of opportunities to support students in the study of Western civilization.

Please see our student resources page for comprehensive information about student scholarships and other student support including earning a Certificate in Western Civilization, joining the Undergraduate Fellows Program, and enrolling in course offerings. Scholarship applications are accepted through the CU Boulder Scholarship Application service.

The Center supports faculty across multiple disciplines in pursuing outreach and educational initiatives which contribute to critical reflection on the development of Western civilization. All CU Boulder faculty (including instructors) are eligible to apply. There are three award cycles per academic year. The application deadlines in any given year are Sept. 1, Dec. 1 and March 1.

This year, due to the evolving nature of campus planning with respect to COVID-19, the Center has extended the Sept. 1 deadline to Oct. 1. If there is an urgent need for a funding decision, please contact Lily Welch to request off-cycle consideration. 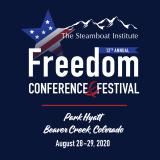 Benson Center visiting scholars John and Elizabeth Eastman led a riveting discussion on "Liberty vs. Security: The Constitution in Times of Crisis" at the August 2020 Freedom Conference & Festival in Beaver Creek, Colorado. 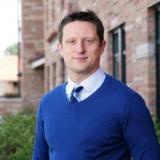 A Failure of Civil Leadership at America's School for Civil Dialogue 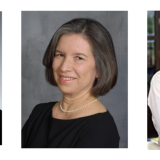 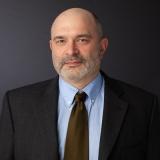