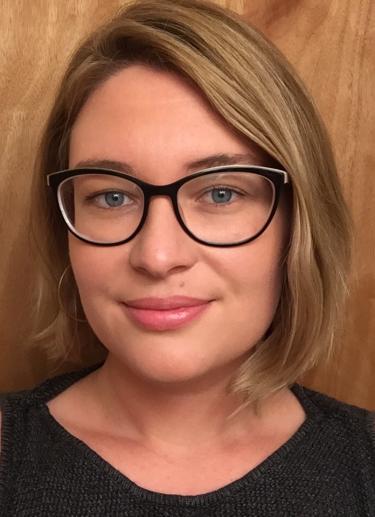 Johanna Gosse is a historian of modern and contemporary art, specializing in postwar American experimental film and media. She is currently working on two book-length research projects. The first, a monographic study the American artist Ray Johnson, received an Arts Writers Grant from the Creative Capital/Andy Warhol Foundation in 2015. The second, entitled American Sky, analyzes the surveillant optic in postwar experimental film and media practice since WWII. Before arriving at CU, Gosse was a Mellon Postdoctoral Fellow in the Department of Art History & Archaeology at Columbia University from 2015-2017. She received her PhD in the History of Art from Bryn Mawr College in 2014. Her dissertation on the experimental films of Bruce Conner was supported by a predoctoral fellowship from the Mrs. Giles Whiting Foundation. Research derived from her dissertation appeared as an article in the feminist film and media journal, Camera Obscura, and in an essay in the exhibition catalogue for the 2016 retrospective, BRUCE CONNER: IT’S ALL TRUE. Other publications have appeared in journals such as Art Journal, Moving Image Review & Art Journal, and Radical History Review, and in various edited collections and exhibition catalogues.

During her fellowship year at CWCTP, Gosse looks forward to advancing her research, publishing, and public programming agendas, and to benefitting from the scholarly community at the Center. She will also teach two interdisciplinary seminars: one on the arts at Black Mountain College, and another on surveillance and cinema, both of which are deeply relevant to her respective book projects.