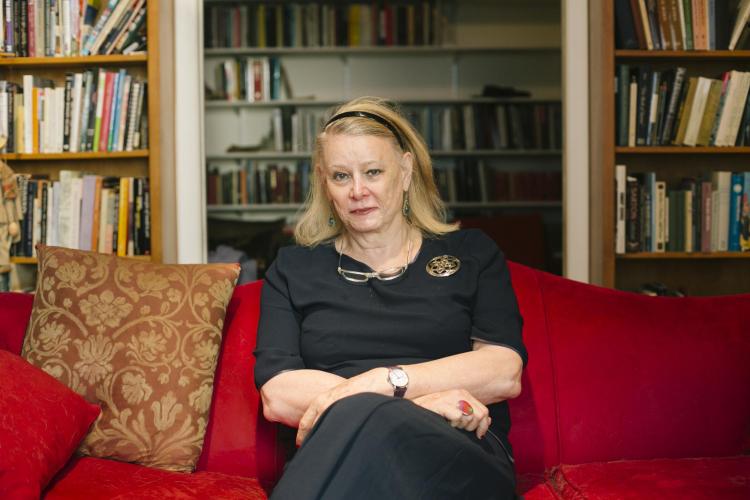 Part of the Benson Center's 2021-22 "Capitalism and Ethics" lecture series.

So-called modern “capitalism”—a better phrase is “voluntary innovism”—uses and encourages the virtues of faith, hope, love, courage, and temperance. Greed is not good, being the virtue of prudence absent the other six. Balanced virtues are what a person and an economy needs and runs on.

Deirdre Nansen McCloskey is a distinguished economist, historian and public intellectual. She has written 25 books and some four hundred academic and popular articles. Her scientific work is in economic history, culminating in her massive trilogy, The Bourgeois Era (2006, 2010, 2016). McCloskey is a Distinguished Professor of Economics, History, English, and Communication at the University of Illinois at Chicago.

Long known as a friendly critic of economics, McCloskey has tried to persuade her colleagues to take seriously the metaphors, narratives, and methods they employ. They have not bought it, but she has realized meanwhile that the same is true of the economy itself. It led her to espouse "humanomics," an economics with the humans left in, using mathematics and literature, statistics and philosophy, experiments and theology.

This series explores the complex relationship between capitalism and ethics in American culture and in Western civilization more broadly. Topics include capitalism and virtue, the history of American philanthropy, and the relationship between ethics and economics, and capitalism and religion. Lectures will be in person and livestreamed. Please note that masks are currently required in public indoor spaces on the CU Boulder campus regardless of vaccination status. Registration information forthcoming. Lectures available on our YouTube channel. Hosted by Alan S. Kahan.