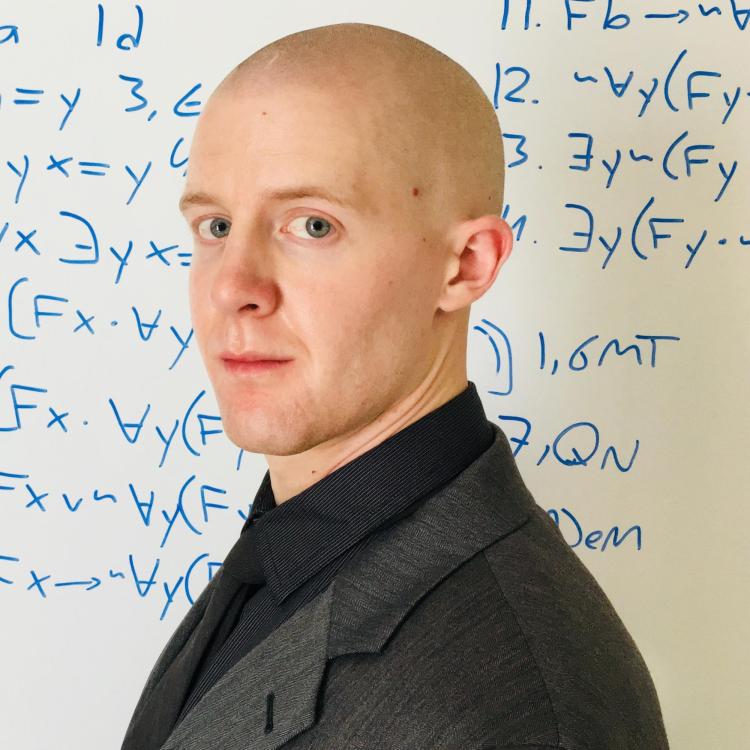 What did you teach at CU Boulder, and what were the highlights?

In Fall Semester 2020, I taught PHIL 1200 Contemporary Social Problems, which looked at the moral dimensions of issues like climate change, gun control, and voting, to name just a few. The synchronous remote modality of the course and the size of the roster made class discussions more challenging, but I was blessed with an engaged group of students who made the best of it. They appreciated an environment that allowed for rigorous, dispassionate, and respectful debates about issues that are otherwise avoided in polite company, to say nothing of the Thanksgiving table.

In Spring Semester 2021, I taught PHIL 3160 Bioethics, which examined topics ranging from reproductive ethics and abortion to genetic engineering, eugenics, and euthanasia. These are standard topics in bioethics and wonderful examples of what is sometimes called the 10/90 divide―a misallocation problem in which ninety percent of research is devoted to problems that affect less than ten percent of people. This problem has long plagued bioethics, which emerged thanks to swift advances in medical technology during the latter half of the twentieth century. Since these advances occurred largely in the affluent west, the field’s focus on issues that afflict the well-to-do is understandable, but not defensible. Among the issues it has neglected are infectious diseases and pandemics―issues which cannot be ignored in spring 2021. My class therefore spent several weeks exploring the moral dimensions of pandemics, the allocation of scarce medical resources like ventilators and personal protective equipment (PPE), and the moral merits of different vaccine distribution plans. The result was a less traditional but more complete bioethics course.

Again, the remote modality and large class roster (67 students at peak) presented challenges, but student reviews scored the course significantly higher than the averages for both the Department of Philosophy and the university as a whole in every quantitative category. This success is primarily due to my students, who made up one of the most talented, engaged, and fun groups I have ever had the privilege to teach.

Given the restrictions of the pandemic, what outreach activities did you participate in?

In addition to attending Benson Center faculty seminars―at which I presented some of my research―I was a regular at the “Community or Disunity?” and “The Canceled” speaker series. I also frequented the lunchtime talks held at the Department of Philosophy’s Center for Values and Social Policy, where I gave the first talk of the Fall 2020 series. Prior to that, I took part in the Rocky Mountain Ethics Congress, where I commented on a talk delivered by Dr. Michael Rabenberg of Princeton. I also benefited from CU Boulder’s Faculty Development Program and from teaching training sessions held by the Department of Philosophy.

What is your research focus?

I specialize in applied ethics with a focus on ethical questions related to death and killing. My ongoing project is to defend the Epicurean view that death is not bad for the one who dies and to explore the implications for other questions in ethics.

Did you make progress on your research while a scholar in residence?

Yes, in the form of substantial revisions and expansions of existing work. I presented an abbreviated version of a paper at the Benson Center’s faculty seminar, and the full revised version is currently under review. I presented an abbreviated version of another paper to the Department of Philosophy’s Center for Values and Social Policy, and the full version is currently under review as well. My most recent project is a paper, still in preparation, arguing that Epicureanism is consistent with prudential reasons to preserve our lives. A paper I published last year appeared in print this January in The Philosophical Quarterly.

What did being a scholar in residence mean to you?

This was my first professional appointment after earning my PhD. For reasons both personal and professional, I could not have been more fortunate than to serve in that role. I earned my BA in philosophy from CU in 2012, and after volunteering and working for two years, went to Duke University to pursue my PhD in philosophy. I will always love Duke but dreamed of returning to my Colorado home. When I heard that I had been accepted as the 2020-2021 Benson Center Scholar in Residence, I couldn’t believe my luck.

My good fortune also had a lot to do with the environment that exists at the Benson Center. The pursuit of truth is the ultimate and overriding purpose of the academy, but in many universities, that purpose is being subordinated to political and ideological considerations. Efforts to promote diversity are now ubiquitous, but often motivated more by socially liberal politics than by a desire to increase the academy’s truth-seeking potential. This is evidenced by the shape that these efforts tend to take: they tend to focus on demographic diversity with little or no thought for the diversity that matters most in the academy, namely diversity of ideas. Indeed, demographic diversity is increasingly promoted at the expense of diversity of ideas.

In this atmosphere, the Benson Center stands out as an oasis of open-mindedness, tolerance, cooperation, and commitment to the pursuit of truth, no matter where that pursuit may lead. Its efforts to include voices from across the political spectrum make it a model for the kind of intellectual environment that should prevail at universities everywhere.

The Benson Center made it possible for me to benefit from this interdisciplinary and politically diverse exchange of ideas―to hear a wide range of opinions in rigorous debates on issues outside my field of expertise. It was a refreshing, enlightening, and invigorating experience of the sort that ought to be more common in academia. I learned a tremendous amount.

Finally, serving as Benson Center scholar in residence had significant strategic value for my career: CU’s Department of Philosophy hired me as an instructor for Fall Semester 2021. For at least another semester, I will live my dream of teaching philosophy at CU Boulder.

"The Benson Center stands out as an oasis of open-mindedness, tolerance, cooperation, and commitment to the pursuit of truth, no matter where that pursuit may lead. Its efforts to include voices from across the political spectrum make it a model for the kind of intellectual environment that should prevail at universities everywhere."