Washington D.C. is unlike any other major city in the United States. In cities like New York, Chicago, San Francisco, and Los Angeles, the buildings are tall and the cities feel large. 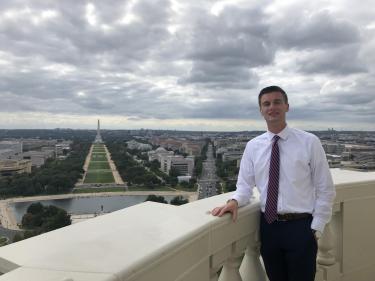 However, in Washington the city feels smaller, but not by the size of the buildings, which are smaller compared to buildings in other major cities. It seems as if everyone’s networks are connected. Being from Sacramento everyone’s network coincides as well too. However, Washington feels like Sacramento on steroids. It was very unique to see that a lot of people in my network in Sacramento also knew people in D.C., and they helped me out during my time in D.C. I was very fortunate to be a recipient of the Snider Foundation’s scholarship. I was planning on cutting coupons during my time in Washington, however this scholarship allowed me to explore the city during my free time which I am grateful for.

I interned for the Republican Leader for the House of Representatives, Kevin McCarthy. This internship has been a blessing for me. My boss was in the news almost every day, and it was fascinating to see my work come to fruition in television news, newspapers, and online news sites. The policy staff taught me a lot and the experience I gained this semester is something I could never have received in a classroom. I also got to meet interesting people, such as former Speaker Newt Gingrich, Speaker Nancy Pelosi, Senate Minority Leader Chuck Schumer, Mark Zuckerberg, and former California governor Arnold Schwarzenegger. I was also able to learn a great deal about agriculture policy in the federal government and the California state government, which is what I hope to work on in the future. Washington has also taught me to be on my toes at all times, and to say “yes” when an opportunity arises, and to not over think. 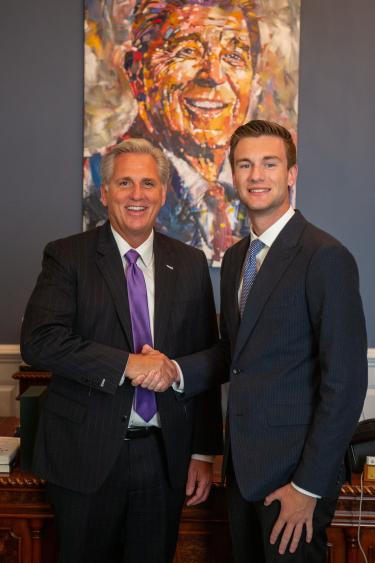 Even though tomorrow is the last day of my internship, I still wish I could go to work next Monday. I also have to thank my parents who made a sacrifice by allowing me to do this program. They too are thankful for the Snider Foundation, for clearing up some space in my savings account for me to experience the city in more depth. I have gained invaluable experience this semester, made great connections, and had a great time during my time in Washington. I am very thankful for the CU in DC program, Rep. Kevin McCarthy and his staff, and the Snider Foundation.