Voices: How eviction threats led Peggy Kuhn on the path to activism 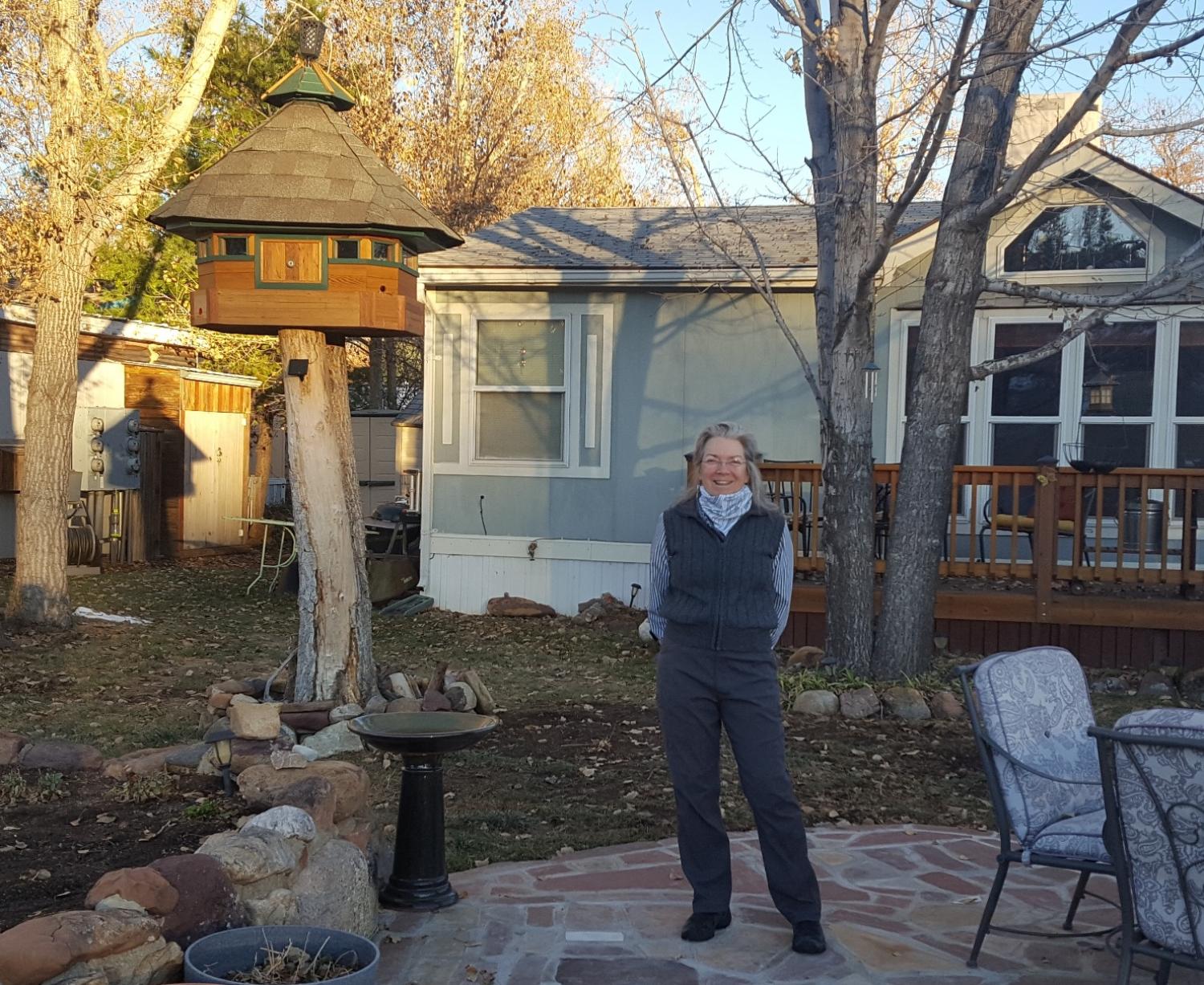 Peggy Kuhn became an activist the day two of her neighbors were threatened with eviction.  After an August 2018 purchase of the Sans Souci Mobile Home Park by a large corporation, Kuhn's two neighbors were given four days to clean their decks, paint the exterior of their homes, remove weeds, prepare soil and install grass in their yards.  One of the residents utilized oxygen for heart issues and had lived in the park 42 years; the other, who had lived at Sans Souci more than 50 years, had retired early due to health problems.

"You could see the stress in the residents' faces," said Kuhn, 67, a former program analyst who was laid off during the pandemic.  "It hurt to see seniors verbally threatened and be stressed out that they were going to lose their homes–when their homes were probably the only thing of value in their lives."

Kuhn formed a neighborhood group of volunteers to help the neighbor who would accept help. The group painted his home, pulled weeds and installed sod in his yard, but the homeowner, who is on a fixed income, was not reimbursed for materials.

Another pathway to eviction
Immediately prior to the sale of Sans Souci, lot rents were raised 6 percent, whereas for decades the increase had been 2 to 3 percent per year. Since then the new owners have implemented a 12 percent annual lot rental increase. Residents on fixed incomes are struggling to pay their lot rents, Kuhn said.

Kuhn said the new owners' "welcome pack" included 12 pages of rules, including requiring residents to plant lush lawns and only painting homes with approved colors. The rules included a 9 p.m. park curfew. Workers could enter private yards at any time and charge residents for the work. The rules also stated that anyone breaking more than two rules would be evicted.

Although the residents were outraged, those wanting to leave could not afford the roughly $20,000 it would cost to move their homes.

"Immediately eviction became a huge fear in the park," said Kuhn, who began a path of advocacy that included helping to start an HOA.

Kuhn and other HOA resident members and board members met with city and county officials and legal advocates. The residents learned it was common for corporate-owned park management companies to treat residents poorly, Kuhn said. Individual residents were encouraged to work with Boulder County Legal Aid and attend a "Know your Rights" workshop organized by a group of attorneys and county officials. Because of the HOA members' advocacy, Boulder County Commissioners sent a warning to the mobile home park's management company, which resulted in a few rules lifted, including the curfew. The other senior threatened with eviction had become active in the HOA group; she was not evicted.

Tips to Avoid Eviction
Evictions from MH parks are traumatic for residents and can result in lifelong repercussions, including permanent homelessness. Peggy Kuhn offers residents the following tips to help neighbors avoid eviction:

"All the other park residents talked about the same things happening," Kuhn said. "Vulnerable people were being taken advantage of and threatened with eviction. The owners would evict the older residents, get rid of their homes and then would put in a new mobile home and rent it. My heart just went out to these people who lost their homes."

Interested in expanding her efforts for better protections for park residents, Kuhn joined the Colorado Coalition of Manufactured Home Owners (CoCoMHO) as it was forming.  CoCoMHO's statewide organization helps mobile home residents understand their rights and helped pass several bills that focus on the rights of Colorado's mobile home park residents. She has since stepped down from the organization for health and personal issues.

Kuhn worries about her own future in Sans Souci. She purchased her 1996 manufactured home 14 years ago with the idea that living at the mobile home park would be affordable throughout her future retirement.

"But at 12 percent a year rent raises compounded, I won't be able to afford that as a senior with a fixed income," Kuhn said.  "I don't know what I will do. I will probably move somewhere cheaper."

Kuhn is one of the "lucky" ones. Those owning homes manufactured before 1976 cannot sell them due to regulations by the State of Colorado's Division of Housing’s Building Codes & Standards. Still, she would rather stay in her home than move.

"I would lose the community and the friendships," Kuhn said.