Voices: Michael Peirce and the power of citizen activism 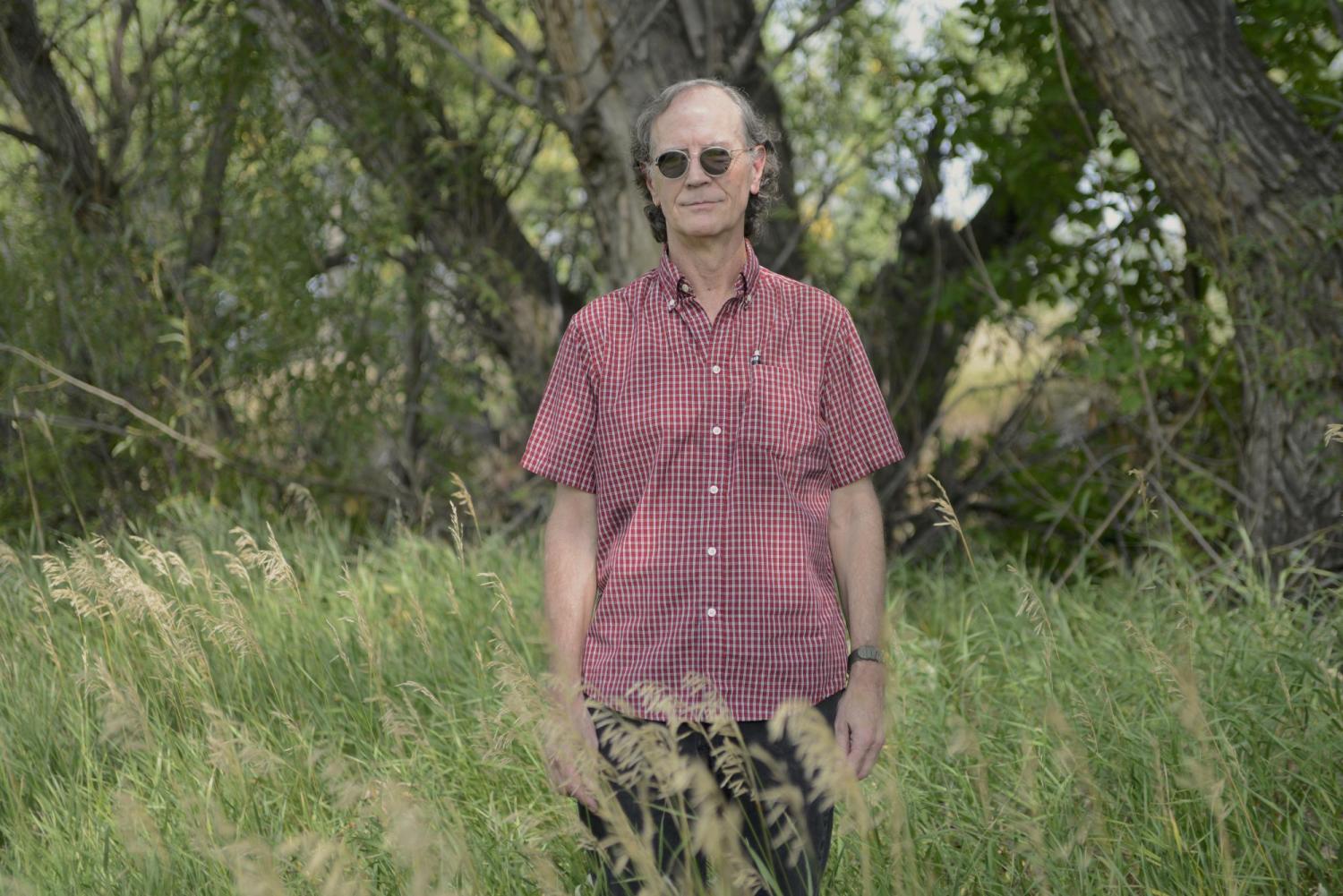 For nearly two decades Michael Peirce worked as an adjunct philosophy professor for CU Boulder. Drawing a modest salary and unable to afford a home within Boulder County, Peirce and his partner purchased a 1957 mobile home in the Sans Souci Mobile Home Park in the late 1990s, then paying roughly $800 in mortgage payments and roughly $250 for the lot rental each month. At the time most of Sans Souci's residents fell in the 20 to 50-year-old age range, and many graduate students, teachers and adjunct faculty lived there.

"Quite a few of the residents thought Sans Souci was an ideal situation, especially the musicians and artists, who found it difficult to make a living off their trades," Peirce says.

In August 2018 a large corporation purchased Sans Souci, and the following spring the new landlord implemented an annual 12 percent lot rent increase and imposed new rules. Lot rents for Sans Souci residents currently are $540; they will rise to $600 in January and will continue rising annually till the rents reach "market rates."

Although his aging mobile home is paid off, Peirce says the increasing lot rental has been difficult for many residents to afford.  Many of his neighbors have lived in Sans Souci for 20 to 40 years, and at least half of the park's residents are now senior citizens on fixed incomes.

In 2013 Peirce's mobile home had sustained significant water damage during the floods that ravaged Boulder County, and he could not afford to renovate his unit. Then after teaching at CU Boulder for 17 years, the philosophy department reorganized its teaching line, and Peirce lost his academia position.

"I ended up struggling to make ends meet," says Peirce, who was living off his retirement funds. "As a result, I became an activist to help others in similar positions."

A transfer of park ownership
Changes at Sans Souci began soon after residents found blue bags from the new landlord dangling from their front doors. The printed bags read:  “Welcome to your new community."

"We were already a community," says Peirce, who by then had lived at Sans Souci roughly 20 years. "They were the ones coming in."

The welcome packets contained a list of new park rules, including a 9 p.m. curfew. Rusted or dented cars were no longer allowed, a difficult requirement for the low-income residents. Children could no longer play in the "streets," which were just one-lane alleys.

Most disturbing was the landlord's "right of self-help," giving the owner rights to enter residents' lots unannounced at any time, Peirce says. The first time the new management came on the premises, a crew removed gardens and shrubbery from residents' lots. They also removed tree limbs that were shading and providing privacy.

"They did this all without forewarning," Peirce says. "They just walked on our premises and effectively took control."

Peirce describes the community before the new owner took over.  "We felt at home," he says. "The resident artists painted a mural on a big water tank and a 'please do not speed sign,' with a painting of kids playing and riding in the street. Some artists displayed their artwork on their lots. Residents would landscape their lots in interesting ways, and everyone would walk around the park, look at each other’s properties and talk."

"The corporate owners don't care about preserving our community," Peirce continues. "They are driving out the artists who can’t afford to live here anymore, and their heavy-handedness on how our lots look put a damper on people’s control of their surroundings. With the increased rents, many long-term homeowners–people who have lived here at least 20 years and some 30 to 40 years–will not be able to afford the rents. If they are driven out, the park's history will be gone, and that’s a really scary prospect for us."

Although the new landlord's attitude had a "chilling effect," at the same time "activism solidified the community spirit," Peirce says. The new rules "brought residents out of the woodwork."

"People were saying, 'What’s going on? This is America. They can’t just do this, can they?'"

Soon after residents began holding impromptu park meetings and formed an HOA, and Peirce was appointed the group's organizer. As he became familiar with more of his neighbors, he discovered strong community connections–networks of people who helped each other, musicians who played at each other’s gigs and small tool-sharing outfits.

The group focused on increasing resident activism at Sans Souci and other mobile home parks. One of their many goals was to pass legislation that addressed the rights of Colorado's mobile home park residents.

"One of the most successful things we did was get a lot of press attention," Peirce said. "After that the county commissioners recognized what was happening and sent a letter to our new landlords asking them to behave. The landlords stepped back from the aggressive rules. They became much nicer, which was appreciated. But one thing they would not do was change the escalation of rent."

Activism and the formation of CoCoMHO
After Ishbel Dickens retired as the executive director of the national Mobile Home Owner's Association, the city of Boulder hired Dickens to assist mobile park residents with landlord issues. Dickens first helped organize CMOB, the Coalition of Manufactured Homeowners for Boulder. Eventually the members decided to expand CMOB to a state-wide organization, and Dickens helped with the founding of the Colorado Coalition of Manufactured Home Owners (CoCoMHO), also looping in the Leadville, Colorado group, Lake County Build a Generation, and 9to5, which advocates for low-income women’s rights and disadvantaged minorities.

In 2017 CoCoMHO and CU Boulder's Community Engagement, Design and Research Center (CEDaR) began working together to organize a manufactured housing fall forum, connecting mobile home park residents with state and county officials and with groups such as Colorado Legal Services, 9to5 and ROC USA, which finances park purchases. During the forum, literature was distributed about residents' rights. Forum sessions included teaching residents how to effectively organize and offering solutions that could lead to park residents living more autonomous lives.

In October 2018, Peirce began volunteering for CoCoMHO, "to help build a more vital, known and respected organization." He and other volunteers worked for months to map the organization's goals and submitted applications for grants that could help execute them. In 2019 the group received a rapid response grant from The Colorado Health Foundation, which funded a program manager and resident leaders. Peirce worked as a paid resident leader and in the summer of 2020 transitioned to a paid, part-time project manager position for CoCoMHO, a role he has held to this day.

Before Peirce joined CoCoMHO, the organization requested that the Department of Regulatory Affairs (DORA) perform a sunrise review of the Mobile Home Park Act, and the request was granted. The ensuing report recommended more legislation and enforcement of existing legislation, and after the report was released, Peirce and others took advantage of the opportunity it provided.

"We immediately started pounding the pavement," Peirce says. CoCoMHO volunteers called other state groups. Residents wrote their legislators explaining how their rights were being violated, pointing out that the 1985 Mobile Home Act was not being enforced because mobile home residents generally cannot afford attorneys and often don’t qualify for legal aid.

After the DORA Sunrise Review report was released, Colorado State Rep. Edie Hooten (Boulder HD-10) introduced the Mobile Home Park Act Oversight (HB19–1309), which passed, in part due to the activism of CoCoMHO members.  The bill was designed to provide enforcement for the original regulations outlined in the 1985 Mobile Home Parks Act.

HB19–1309 created the "Mobile Home Park Act Dispute Resolution and Enforcement Program," whereby residents can file complaints against park owners through the Department of Local Affairs’ Division of Housing. If a mutually agreed upon solution can’t be reached, the agency is authorized to issue determinations, cease and desist orders and fines.  The new program went live May 1, 2020, and to date roughly 60 complaints have been filed. Peirce says the program cannot yet keep up with the volume of complaints because it was not fully funded in its first year. Currently the program, which has a funding mechanism of a $2 per month fee per lot, supports a two-person staff, and when fully funded will ramp up to four and a third positions.

"I feel very good about the successes that CoCoMHO had, both by stimulating legislation and by playing a central role in the content of the legislation," Peirce says.

Effects of COVID-19
After the pandemic hit, CoCoMHO's efforts expanded to include work aimed at preventing evictions. Park residents who lost their jobs were able to receive financial assistance, in part because of the organization distributing information about protections for renters and rent relief.

Peirce worries about seniors and people with disabilities living on Social Security as they frequently receive below $1,000 a month, forcing them to work part time, which increases their risk of contracting COVID-19.

Peirce says the amount of time CoCoMHO spends to prevent evictions has slowed the process of finding resident leaders and helping residents file complaints through the new legislation. Adding to the bottleneck is that activists can't go door-to-door during the pandemic, and many residents do not have email accounts.

Residents purchasing San Souci
Soon after the pandemic hit, Sans Souci's landlord announced an additional 12 percent increase in lot rentals, and the park's HOA notified the press with an open letter sent to the landlord. It read, "Please do not raise the rent; instead sell the park to us."

Peirce says Sans Souci's residents are spending increasing percentages of their incomes on lot rents, and the group would like to purchase the park to stabilize the rent. In 2019 the residents submitted an offer, but Thistle Community Housing, the local technical assistance provider for ROC USA, which finances park purchases, did not have the capacity to help because it was already helping three resident groups purchase their parks.

In 2020 Sans Souci residents made another offer to purchase the park. Peirce says if Sans Souci's owners accept the purchase price and the residents finance the loan without supplemental help, such as through tax breaks, government or foundation grants or donations from local businesses, it will cost residents approximately $800 per month per lot to repay the loan, but it would provide substantial benefits. The rent would be stable and for the first time, residents' equity in their lots would increase in ways similar to other local homeowners rather than the increase being captured entirely by park owners. But Peirce notes the $800 monthly rent will still be out of reach for many current residents.

Peirce and CEDaR are currently seeking funding to offset the cost to residents so that longtime Sans Souci community members as well as mobile home park residents across the state can purchase their parks and remain in their homes.