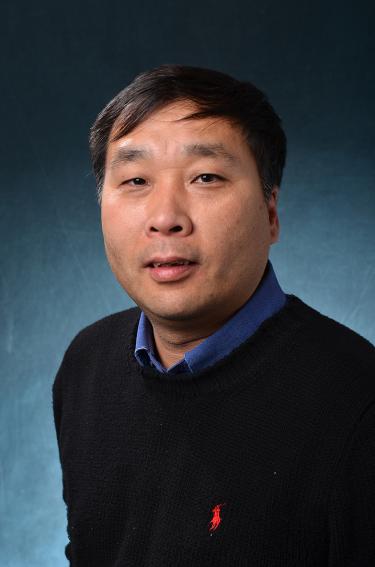 Ongoing projects include the following:

Systems biology of TGF-β signaling in normal and cancer cells

We aim to understand the role of transforming growth factor-β (TGF-β) signaling in normal and cancer cells. TGF-β is a multi-functional cytokine responsible for regulating growth and differentiation of a wide variety of cell types and tissues. It is a potent inhibitor of normal epithelial cell proliferation and possesses tumor suppressing activity. The majority of human tumors are of epithelial origin and their proliferation is no longer inhibited by TGF-β. This usually arises either from a loss of key signaling molecules in the TGF-β signal transduction pathway (e.g., TGF-β receptors), or from activation of oncogenes. TGF-β can positively regulate expression of many tumor suppressor genes which cause the cell to stop proliferation and yet negatively regulate expression of many proto-oncogenes/oncogenes which promote cell cycle progression. The action of TGF-β in normal epithelial cells is to downshift the engine that drives cell proliferation by shifting the balance of the activity of the oncogene and tumor suppressor gene.

TGF-β signals via two receptor Ser/Thr protein kinases, termed type I and type II TGF-β receptors. The type II receptor phosphorylates and activates the type I receptor, which then phosphorylates Smad2 or Smad3 within their C-terminal Ser-Ser-X-Ser motifs. Once activated, Smad2 or Smad3 associate with the shared signaling molecule Smad4, translocate to the nucleus and in concert with additional transcription factors alters the transcription of a large repertoire of genes. Although several key downstream targets that transduce the TGF-β signals from the cell surface to the nucleus have been identified, it remains to be determined how TGF-β can mediate myriad cellular responses and regulate so many important physiological processes. To address how TGF-β signaling could mediate such diverse effects, we use the two following approaches: 1) Find as yet unidentified molecules that may mediate diverse functions, and 2) understand how the TGF-β network behaves as a system, which may identify how known network components interact to produce unexpected emergent behavior. The principal methods used to achieve these aims include cDNA library screening for genes that mediate TGF-β resistance (Erickson et al., MBC 2009), purification and identification by mass spectrometry of protein complexes associated with well-established signaling transducers (Knuesel et al., 2003, Zhu et al., 2007) and computational modeling of TGF- β/Smad signaling dynamics (Clarke et al., 2006; Clarke et al. 2008; Clarke et al. 2009; Zi et al. 2011).

Chemical biology and biochemistry of the ubiquitin system

Proteins in the cell are subject to diverse covalent modifications that serve to alter their activity, localization, or turnover. Such modifications include ubiquitination and covalent attachment of ubiquitin-like molecules (e.g., SUMO or small ubiquitin-like modifier). We initially became interested in how these modifications regulate cell cycle proteins that could disrupt TGF-β signaling (Liu et al., 2000). We subsequently found further interplay between TGF-β signaling and protein degradation mechanisms (Wang et al., 2004, MacDonald et al., 2004). More recently, we have sought to determine the biochemical mechanisms by which E3 ligases mediate ubiquitination of their substrates (Wang et al., 2004, Ungermannova et al., 2005, Wang et al., 2005; Wang et al. 2006). We continue to pursue these studies using structural and biochemical techniques.  We are mainly interested in two SCF type of ubiquitin ligases (SCFSkp2 and SCFFbx4; Zeng et al. 2010).  More recently we developed high throughput screening assays for identifying small molecule inhibitors of SCF E3 ligase in an effort to curb excessive proteolysis of p27Kip1 which is a tumor suppressor protein perturbed in a variety of human tumors. In addition, studies were done to establish the functional importance of post-translational modifications on the activity of transcription factors. Here, muscle differentiation, which is largely driven through transcriptional regulation, was used as a model system (Riquelme et al., 2006, 2 separate publications).

A hallmark of tumor cells is an inability to control their proliferation, which implies that these cells are capable of bypassing cell cycle checkpoints and regulation by tumor suppressor signaling pathways.  Aberrant chromosome segregation generates aneuploid cells and genome instability, which has been postulated to be a major mechanism for tumorigenesis.  Aneuploidy is primarily caused by errors during mitosis.  In normal cells, correct segregation of chromosomes is ensured by an evolutionarily conserved surveillance signal transduction pathway called the mitotic spindle checkpoint   TTK/Mps1, a dual specificity protein kinase, has emerged as a master regulator of mitosis and an upstream component of spindle checkpoint signaling pathway.  Our previous work led to identification of Smad proteins as substrates for Mps1 in mitosis (Zhu et al. 2007).  Recently we solved the crystal structure of the Mps1 kinase domain in collaboration with Ming Lei's group (Wang et al. 2008).  We demonstrated that autophosphorylation of Mps1 is a priming mechanism for Mps1 activation and critical for kinetochore targeting (Wang et al. 2008, Xu et al. 2009; Sun et al. 2010; Zhang et al. 2011).  Currently we are interested in understanding how Mps1 kinase is turned on and off in a cell cycle dependent manner and how its activity is perturbed in tumor cells to weaken the spindle checkpoint.

A product of Humana Press