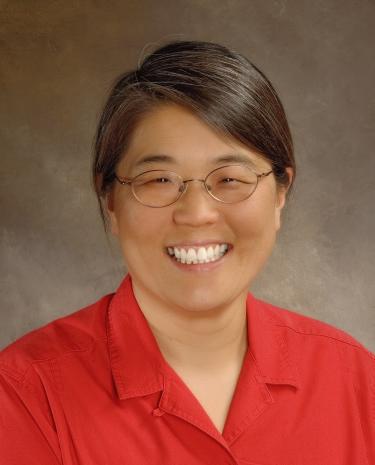 Our goal is to discover new mechanisms underlying the regulation and function of cell signaling. A major aim is to develop and apply new methods for protein profiling by mass spectrometry with biochemical and cellular approaches to investigate cellular responses to signaling pathways. A second aim is to examine internal motions in protein kinases, demonstrating coupling between protein dynamics and catalytic function.

We identified components of the WRAMP structure by organelle proteomics, and discovered subunits of vesicle coatomer-I (COP-I), which are localized to and required for WRAMP structure formation. We found that endoplasmic reticulum (ER) is recruited to the WRAMP structure and cortical plasma membrane, followed by cytosolic calcium mobilization. Thus, recruitment of cortical ER produces a rear-directed calcium gradient, allowing actomyosin contraction and focal adhesion disassembly, events needed for tail-end membrane lifting and retraction. This reveals a new concept for cell polarity, in which cell movement is controlled by polarized endosomal trafficking and cortical ER recruitment.

B-Raf is mutated in ~50% of melanomas, enhancing cell transformation, invasion and metastasis. We developed a large-scale strategy for phosphoprotein profiling, using negative precursor ion mass spectrometry, first described by Steven Carr (Broad Institute, MIT) and Roland Annan (GlaxoSmithKline), to selectively detect and quantify phosphopeptides based on their fragmentation signature following release of PO3– (Fig. 2). The method bypasses the need for metabolic cell labeling with stable isotope-labelled amino acids, and for phosphopeptide enrichment using affinity resins, which do not recognize all peptide chemistries.

Phosphoprotein targets that we identified included FAM129B/MINERVA, a protein with unknown function. We demonstrated that FAM129B functions in promoting 3D-invasion via phosphorylation by MAPK/ERK, localizes to the WRAMP structure and is required for its assembly. Current studies are aimed at investigating mechanisms important for cancer therapies targeting B-Raf/MKK/ERK signaling, comparing PLX4032/vemurafenib, an inhibitor of B-Raf-V600E which is approved for treating advanced melanomas, and the MKK1/2 inhibitor, AZD6244/selumetinib, which elicits poor responses in patients despite impressive pre-clinical success. We are keen to learn what determines the efficacy of different kinase inhibitors which target the B-Raf/MKK/ERK pathway.

Many studies in our lab implement large-scale proteomics by multidimensional LC-MS/MS, where proteins in complex mixtures are proteolyzed in solution, and peptides are separated by multi-dimensional liquid chromatography and sequenced by MS/MS. Currently, we are able to identify 8,000 proteins in a single 2D-LC-MS/MS run. Limitations remain in validating peptide sequences, inferring protein identity from peptide information, quantifying protein abundances, and phosphorylation site mapping. We are developing new experimental and computational strategies to address these problems. A key goal is to improve the accuracy and sensitivity of peptide assignments, using kinetic modeling of gas phase fragmentation to evaluate chemical plausibility of MS/MS spectra, and a "peptide-centric" database to reduce ambiguities in protein identification.

We use hydrogen-exchange mass spectrometry (HX-MS) to reveal internal protein motions in kinases, where exchange predominantly occurs through low energy fluctuations in structure, allowing transient solvent exposure of backbone amides. Our goal is to address how protein dynamics regulates catalytic activity in protein kinases and other enzymes. The MAP kinase, ERK2, provides an ideal system, because its dynamics are clearly linked to activity, and active vs inactive forms of wild-type enzyme can be directly compared.

Our studies of ERK2 have revealed that kinase activation enhances HX at the linker between N- and C-terminal domains, which we ascribe to increased backbone flexibility. We showed that active (2P) vs inactive (0P) forms of ERK2 differ in their HX protection patterns upon nucleotide binding, reflecting closed vs open conformations, respectively (Fig. 3). Thus, ERK2 is constrained from domain closure before phosphorylation, and part of the activation mechanism involves releasing these constraints to form a competent catalytic site.

Current work integrates HX-MS and NMR studies of ERK2 with site-directed mutagenesis to identify relevant residues linking enzyme dynamics and catalytic turnover. We envision that motions of some residues influence catalysis, while others regulate linker flexibility through side-chain and backbone interconnectivities linked to the phosphorylation sites. A fascinating finding is that ERK1, which is closely related in sequence and structure to ERK2, differs significantly in its regulation of domain closure by phosphorylation. These differences are being exploited to identify mechanisms conveying motional information from the phosphorylation site to the linker region in ERK2. Eventually, targeting mechanisms which control protein dynamics may be exploitable for the design of inhibitors with selectivities that are difficult to achieve with ATP analogues.