Like the homely, warty toad transformed by a kiss to an enchanting prince, embarrassing excremental smears and lumps of who-knows-what metamorphose into delicate and lovely butterflies

A male Weidemeyer’s admiral butterfly, Limenitis weidemeyerii, sat on a narrowleaf cottonwood branch above Upper Gregory Creek in Boulder. The cottonwood had its roots in the stream, but this branch was 12 feet above a hiking trail that led to Green Mountain Lodge and then the summit of Green Mountain.

The hiking trail seemed to serve as a highway for butterflies, which were the focus of the admiral. Fritillaries, wood nymphs and blues were moving among the flowers, but the admiral was eager to welcome female admirals and also ready to challenge male admirals that approached his territory. 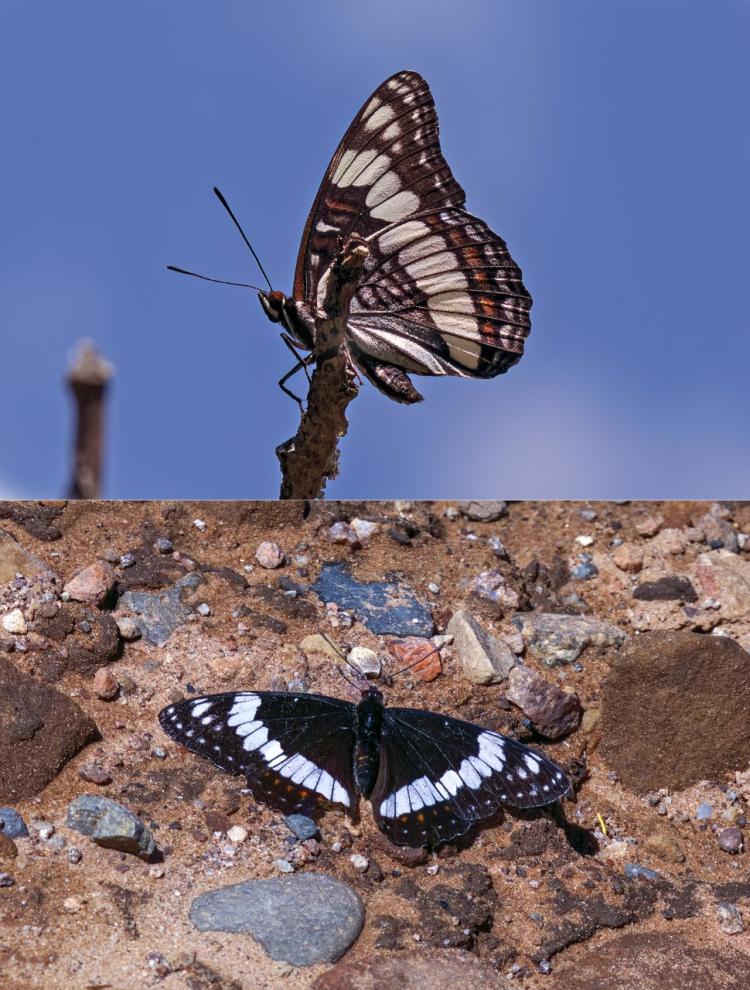 Males are so fervent in defense of their territories that they intercept other species of butterflies as well, harassing and chasing them. It is fun to watch.

If a male entered the mating territory, the resident male would immediately intercept it and engage it in a spinning chase. Weidemeyer’s admirals cannot bite and they lack talons, but the chase serves as a test of endurance and strength.

When one of them senses that his adversary has superior endurance, he simply flies away. Usually, it is the intruder that admits defeat, but if the intruder wins, he gets the territory. A study of these contests showed that the larger male was more successful at acquiring and defending territories. After some time and many contests, the territories accumulate larger males. So, it is the larger males that do most of the mating.

The genus Limenitis has about 25 species, most in Asia, and fewer in North America, but the genus here is controversial. Discussions of the genus usually present four species, but sometimes six and occasionally only two. A genetics study attempted to clarify the relationships among all the Limenitis, but the results for species in North America were muddled, which makes this group both fascinating and frustrating.

Limenitis first evolved in Asia, and one species, L. populi, switched its caterpillar feeding preferences primarily to willows and the genus Populus, which includes aspen and the cottonwoods, and secondarily to shadbush, serviceberry and chokecherry.

Genetic variation among species showed that just a single species found its way over the Bering land bridge that rises out of the sea during the ice ages. The viceroy, L. achippus, a descendant of L. populi, became established across North America and was the ancestor of the North American admirals.  Weidemeyer’s admiral and Lorquin’s Admiral, L. lorquini, appeared first and are sister species, both in the West.

Neither the viceroy nor any of the admirals has chemical defenses or any other defenses, and vulnerability to predators has played a role in the evolution of the admirals. Mimicry is the evolution of color, pattern and behavioral phenotypes of a vulnerable species to resemble a sympatric (living in the same place) species that is adequately defended.

Evolved phenotypic similarity provides the mimic some degree of protection from predators that have learned to avoid the phenotype of the unpalatable species. Mimicry has appeared independently three times in North American Limenitis. The most well-known case is the mimicry of viceroys to monarch butterflies, but in addition, white admirals mimic pipevine swallowtails and Lorquin’s admirals mimic the California Sister butterflies.

Mimicry will not occur in places where the well defended model species is absent. Consequently, the white admiral has some areas where it looks like an admiral, but when sympatric with the model, it looks like a swallowtail. Wherever mimetic and non-mimetic admirals meet, the two forms hybridize.

Systematists and taxonomists are left to grapple with populations that are partially differentiated and not quite independently evolving. Hence, some interpret white admirals as a single species, others favor the idea of one species with several subspecies, whereas others see justification for several independent species. This is not a failure of evolutionary theory, but a stable, persistent case of partially differentiated groups.

Like the adults, Limenitis caterpillars lack chemical defenses and unlike the caterpillars many other species, they lack both defensive barbed hairs and stinging spines.

Instead, they evolved crypsis, hiding in plain sight but disguised as a bird dropping. It is a convincing likeness, a gooey, disgusting mass with blobs and bumps suggesting the partially digested fragments of leaves and flowers.

The life cycle of an admiral resembles a fairy tale. Like the homely, warty toad transformed by a kiss to an enchanting prince, embarrassing excremental smears and lumps of who-knows-what metamorphose into delicate and lovely butterflies. 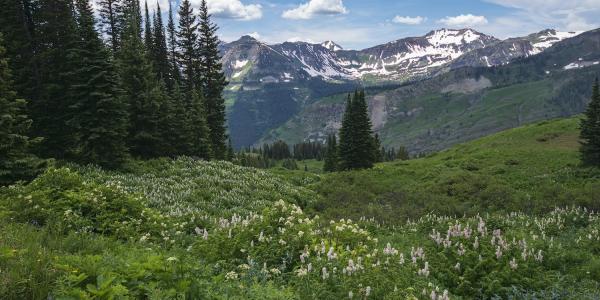 Surprisingly, the robbers might have little to no effect on fitweed and might even benefit the plant. END_OF_DOCUMENT_TOKEN_TO_BE_REPLACED 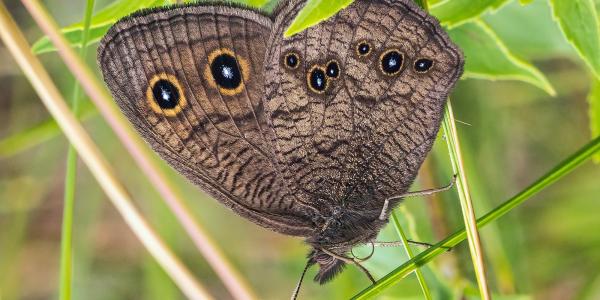 The common wood nymph tastes with its feet and hears with its wings. END_OF_DOCUMENT_TOKEN_TO_BE_REPLACED 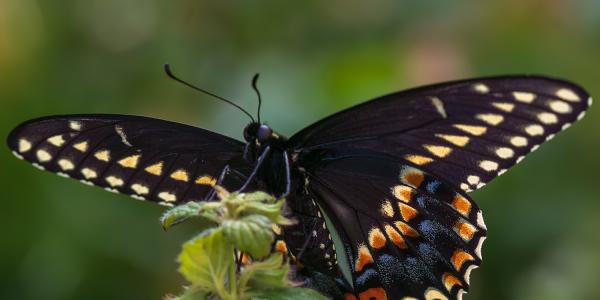 The Darwin Award goes to a male black swallowtail butterfly

The beautiful male emerged in October, eager to mate but destined for disappointment because he... END_OF_DOCUMENT_TOKEN_TO_BE_REPLACED
Categories:
Tags:
Return to the top of the page