The CAREER award will provide CU Boulder scientist with the tools to examine how global change will affect future marine ecosystems and life in general.

The health of the ocean is fundamental to life on the planet—yet much remains unknown about how the ocean and marine life will cope with a rapidly changing climate. A $797 thousand award from the National Science Foundation (NSF), though, will help a University of Colorado Boulder scientist start solving that crucial puzzle.

Julio Sepúlveda, a ​​biogeochemist and assistant professor at CU Boulder, was the recipient of the Faculty Early Career Development Program (CAREER) award from the NSF. 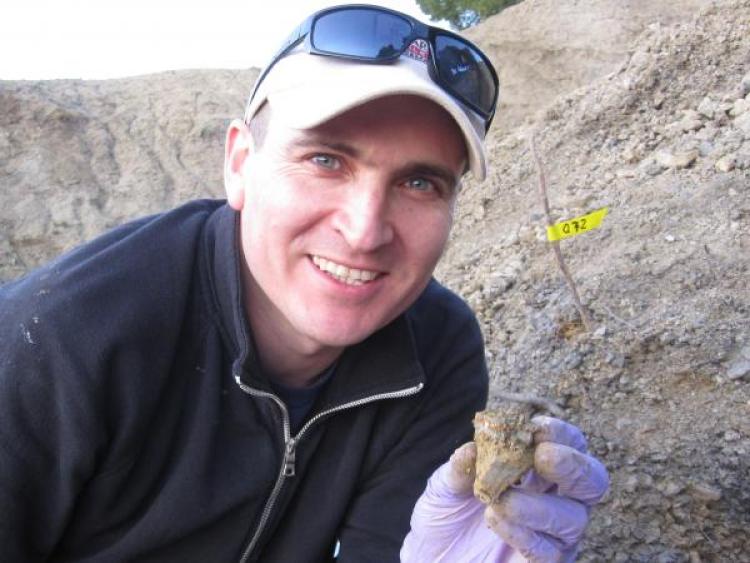 At the top of the page: A diver under water beside a mesocosm (Michael Swat/GEOMAR). Above: Julio Sepúlveda, a ​​biogeochemist and assistant professor of geological sciences, recently won the NSF CAREER award.

The CAREER award supports early career faculty who conduct innovative research in their fields while displaying the potential to lead students by serving as academic role models in research and education.

The research grant from the NSF will aid Sepúlveda’s exploration of how microbial life adapts to intense environmental changes in the ocean, such as increasing levels of carbon dioxide, acidity, warming, and decreasing levels of oxygen.

“The ocean is actually under a lot of stress right now. Ocean warming, which in itself is a stressor for life, is not only changing the temperature of seawater but is also leading to other changes,” Sepúlveda said.

These changes from ocean warming include less oxygen absorption from the atmosphere. “Importantly, the ocean is absorbing a large fraction of extra heat and CO2 caused by human activities, which is changing its physical and chemical properties. That doesn't come for free for life in the ocean,” Sepúlveda said.

According to Sepúlveda, rising temperatures and dramatic changes in the ocean’s chemistry harbors a multitude of consequences for marine life, including humanity’s.

Through a series of experiments carried out on the coasts of Chile and Perú, Sepúlveda and his team of organic geochemists will have an unprecedented look into the future of global warming. These experiments are held in massive containers known as mesocosms, which are about 20 meters deep and are filled with 50,000 liters of surface water from the Pacific Ocean.

“And (then) what we do is… add deep water that simulates some of the conditions that we anticipate happening in the future, like lower oxygen concentration, lower pH, and so on. So we basically stress out these ecosystems and we see how they respond, and how they evolve over time,” Sepúlveda explained.

To measure how exactly these environmental stressors in the ocean will affect life, Sepúlveda and his team observe how lipids, or fats found in the cell membranes of all life, change and adapt to these environmental changes. They can also use these lipids to understand how nutrients get recycled throughout an ecosystem.

According to Sepúlveda, subsurface waters are an important source of nutrients for ocean life, and those nutrients eventually come back to humans as well.

A view of the mesocosms from above the water (Ulf Riebesell/GEOMAR).

These areas where subsurface waters and nutrients are transported to the ocean’s surface are known as upwelling regions, and they fuel entire trophic webs, from microorganisms to larger plankton, that subsequently feed the fish that humans eat.

“The beauty of these experiments… is that they really allow us to mimic how an entire marine microbial ecosystem can respond to some of these environmental changes. And that to me is really important, because we're basically looking at how these ecosystems react in a setup that is as close as possible to real nature,” Sepúlveda explained.

Along with funding these mesocosm experiments, the CAREER award also provides a substantial educational component, which bridges life in the ocean to life in the classrooms.

“We live in a landlocked state where, sometimes, we don't even think much about the ocean, and there are some people in the state who have never seen the ocean, especially kids. We also have a huge Spanish-speaking population that is underserved. So, one of the things that we're trying to develop is a series of bilingual activities that enhance ocean literacy,” Sepúlveda said.

The ocean is actually under a lot of stress right now. Ocean warming, which in itself is a stressor for life, is not only changing the temperature of seawater but is also leading to other changes."

In partnership with outreach programs at and outside of CU Boulder, Sepúlveda and his team of researchers help young students understand how important the ocean is for human life.

“We’re working with local bilingual schools on the development of experimental classroom activities where kids can play with ‘microcosms in a jar,’ where we use Mason jars and put sea monkeys in them, and we basically see how they respond when we mess up the chemistry of the water,” Sepúlveda explained.

For Sepúlveda, connecting classrooms to the ecosystems of the ocean will help garner a better sense of community among young people, providing them a look into the future and humanity’s embeddedness with global ecological processes.

“I think as scientists, we have a role in society that goes beyond the classroom environment. We have to have an impact on the society where we live, and that's always been a big commitment of mine, and I'm committed to expand that beyond what I'd done before,” Sepúlveda said.

Sepúlveda earned his PhD in marine geosciences from the University of Bremen in 2008 and was a postdoctoral associate and research scientist at the Massachusetts Institute of Technology from 2009 to 2014. He joined CU Boulder’s faculty in 2014. 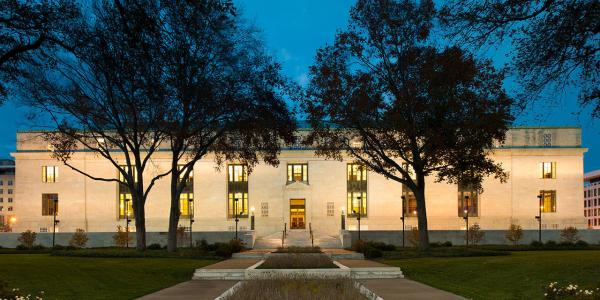 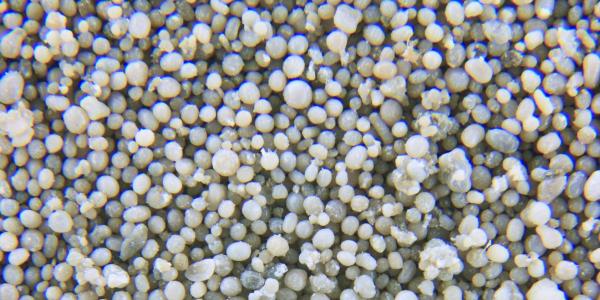 Lizzy Trower, who studies modern environments to better understand past environments, is the first from the earth sciences to be recognized END_OF_DOCUMENT_TOKEN_TO_BE_REPLACED

The process by which pharmaceutical drugs are created might soon be changing due to the research by one University of Colorado Boulder professor. END_OF_DOCUMENT_TOKEN_TO_BE_REPLACED
Tags:
Return to the top of the page