As a freshman living in Stearns West Hall, Dave Steinmann (Phys, Bio’90)’s roommate, Dave Mckee, mentioned something that would prove life-changing: His father had an unusual hobby of exploring dark places where there are strangely beautiful, ancient life forms. 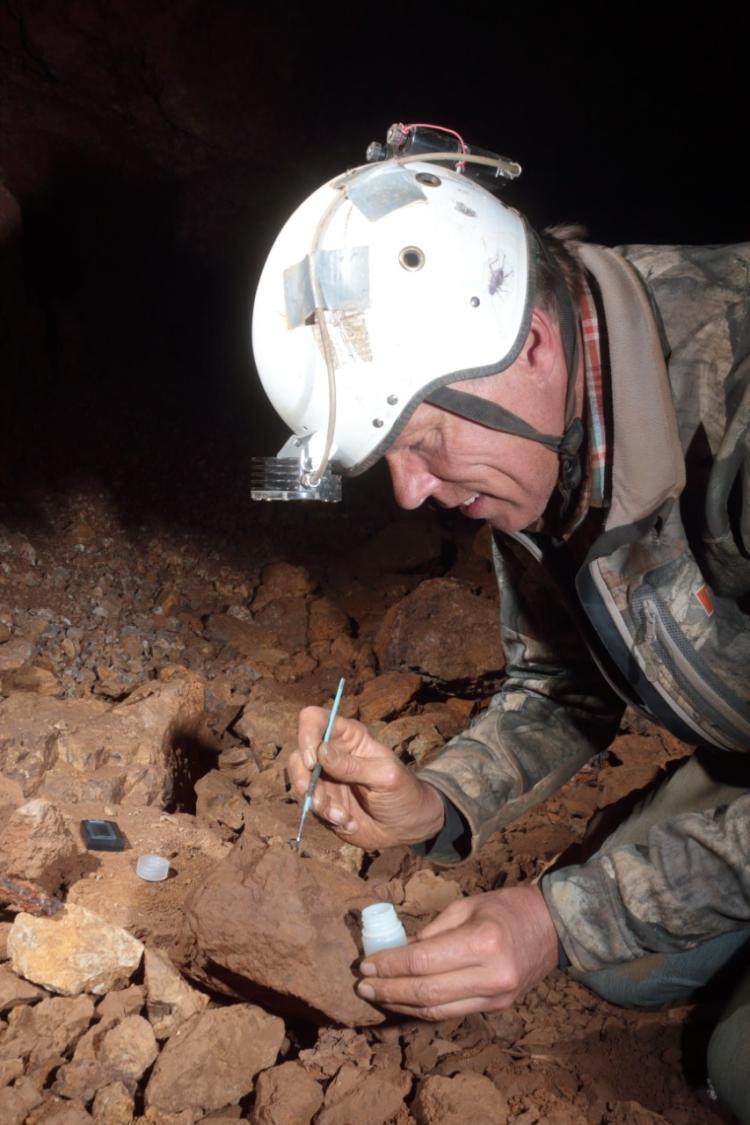 That was 1984. Today, Steinmann, 54, is a cave dweller too, but with federal permits to collect specimens and a team of experts who have confirmed his discoveries of more than 100 new species that thrive within the craggy walls and tubelike passages of Colorado’s high-altitude caves.

“In every cave, I guarantee there is something new to discover,” says Steinmann, whose work has been featured in National Geographic Magazine. Minuscule millipedes, spiders and pseudoscorpions—half-inch long relatives without a stinging tail—are among his collections. 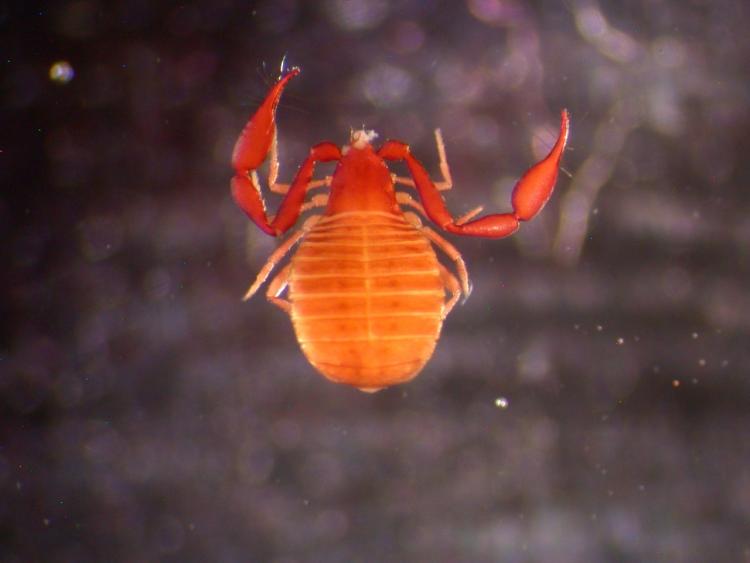 New Species of Pseudoscorpion from near the Boulder Flatirons, not yet named. Photograph by Dave S.

Steinmann is a special breed, explains Frank-Thorsten Krell, senior curator of entomology for the Denver Museum of Nature & Science, where Steinmann is a research associate. “Exploring places that are hardly accessible and outright dangerous requires a certain mindset and a lot of expertise. Both he has. He is amazing. So much talent, expertise, and eyesight! I think he is the only or at least the by far most prolific discoverer of new cave life in Colorado and probably the Rocky Mountain Region.”

On a personal level, it’s fascinating to think about life that evolved over millions of years in the coldest, harshest climates, Steinmann says. “It’s amazing to look at body formations under the microscope and see creatures that are albino because of no sunlight, covered in sensory hairs used for feeling their way around, and most often have no eyes.”

Born in Illinois, the Steinmann family lived in Boulder for his dad’s postdoctoral studies in psychology at the University of Colorado Boulder but moved when Steinmann was 7 years old.

“I remember thinking how nice Boulder was, and immediately planned to go to college here,” he says. 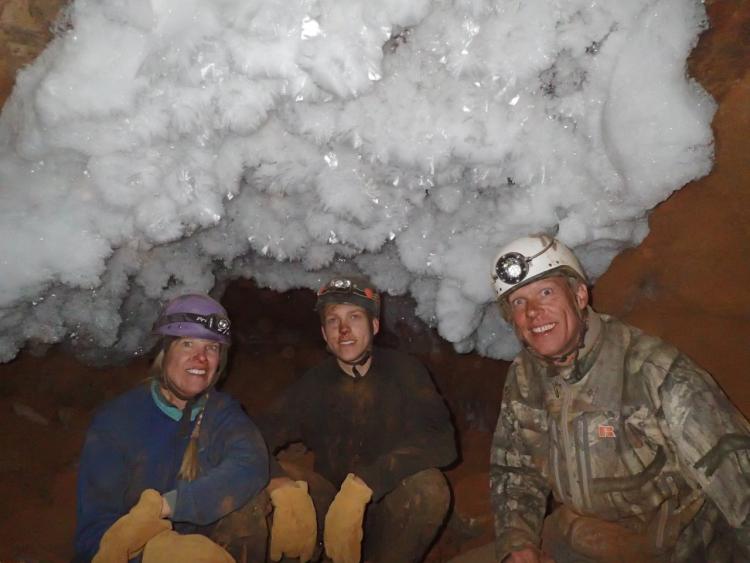 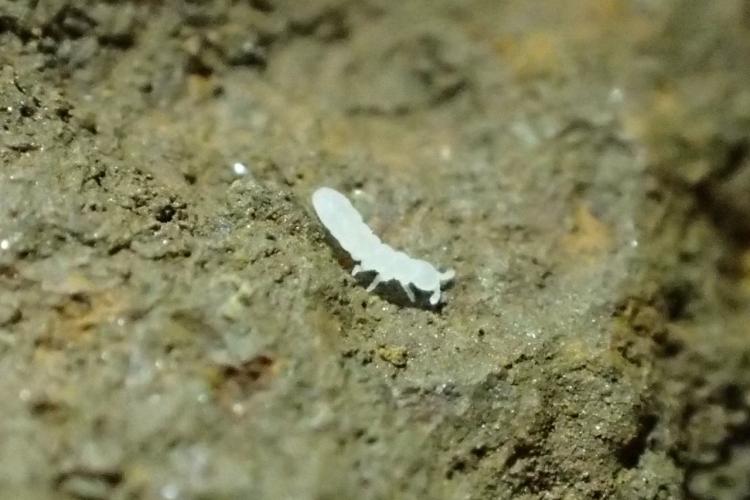 Tiny albino springtail that is a newly discovered species. Photograph by Dave S.

At CU Boulder, the unparalleled quality and charm of his science professors—many he routinely sees when dropping off specimens at CU Boulder’s Museum Herbarium—was most memorable, he says, notably the late Professor Emeritus William (Bill) Weber, who helped Steinmann become a rare-plants specialist.

When he’s not exploring caves, Steinmann is working at his other job as a wetland’s consultant, including projects for the city of Boulder. Both endeavors, he says, resonate with a purpose to increase our knowledge of biodiversity in unusual places.

“Most people think of wetlands as a lake with cattail swaths, but I’m usually the one who will be on the side of the hill looking at microhabitats for rare plants and insects.”

Steinmann has always been an inquisitive soul, his longtime friend, Ross Dinkelspiel, says. “He got me into caving and changed my perspective on life underground,” he says. “But I could never see any of those darned tiny bugs that Dave could find.”

Steinman even recently found a new species of daddy longlegs in Mallory Cave near the Flatirons. Genetic studies have shown these harvestmen evolved from their surface ancestors nearly 10 million years ago.

And as a volunteer firefighter who lives in Gold Hill, Steinmann spends a good amount of time cutting trees, clearing grass and shrubs surrounding his home. During the 2010 Fourmile Canyon Fire, neighbors credited Steinmann for saving their community by spraying a foam barrier that slowed and evaporated 100-foot-tall roaring flames, according to Colorado Public Radio. He was on standby during this year’s unprecedented fires that came close to town. “Our house is fine, and we have a dog, Mishka, plus a cat and two toads that we evacuated.”

But if you ask him, his heart belongs to cave research.

“Caves are sensitive and irreplaceable ecosystems,” he says. “My goal is for others, especially young students, to discover caving.”

Colorado has no shortage of caves to explore, Steinmann says. The longest—Groaning Cave north of Glenwood Springs—offers 12 miles of passageways leading into rooms with 100-foot-tall ceilings, adorned with giant stalactites or icicle-shaped mineral formations hanging from the ceiling, and stalagmites jutting from the earth floor like the open jaw of a mythical creature.

To reach these chambers, it takes a lot of bending, twisting and squeezing his 6-foot-5 body through tight passageways, in the dark while shining lights on (hopefully) anything moving. Humidity can reach 100 percent, while temperatures are near freezing, sometimes there’s waist-high water and debris to navigate, with house-sized boulders that could drop in an instant.

“Sometimes I feel like I’m on an Indiana Jones movie set,” Steinmann says, “but it’s a little gross,” because the tiniest critters are found on bat and pack rat droppings. So tiny, that it takes a wet paintbrush to collect rare invertebrates without damage.

During one outing, covered by National Geographic, he spotted masses of wriggling blood-red worms at Sulphur Cave in Steamboat Springs. The importance of this discovery—and what it took to collect them—shouldn’t be understated, says Krell of Denver’s museum, which preserves the specimens.

“It’s a deadly place for humans,” Krell explains, as the worms live in sulfuric acid, which drips from otherworldly hanging white blobs called snottites that “would dissolve your clothes.”

These tiny worms, Krell says, “might become interesting for medical research, astrobiology or the understanding of potential life on other planets.”

Most discoveries are named after Steinmann, and one pseudoscorpion (Onychiurus nathanieli) was named after his son, Nathan, who recently applied to CU Boulder and has been exploring caves with dad (and mom, Debbie) since he was 4 years old.

Next up is a trip to a Western Slope cave that’s home to primitive lampshade spiders, named for their hanging web shapes and dating back to a time when the Earth held one continent. “They are big and run very fast,” he says. “Just seeing new species can be wonderful,” Steinmann says. “Does it necessarily benefit people? Maybe. But to show life exists in unusual places where you don’t expect to find it, I feel that’s enough.”

Alex Becker, a 2006 International Affairs Program graduate, embodies a global‐minded, entrepreneurial spirit. He says CU‐Boulder opened introduced him to a host of new opportunities. “But I never thought I would be doing anything like this,” he says in an email sent from aboard a catamaran as first mate. END_OF_DOCUMENT_TOKEN_TO_BE_REPLACED 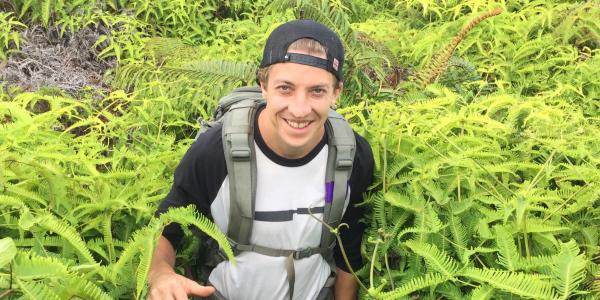 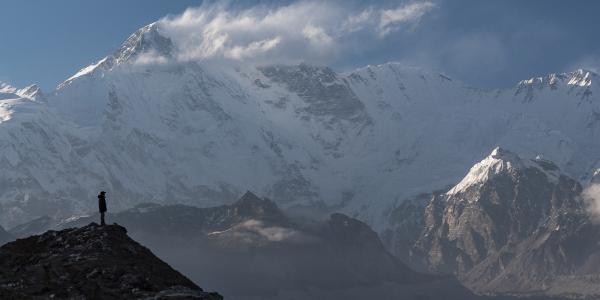