Spreading fairy dust in an age of uncertainty

Spreading fairy dust in an age of uncertainty

Four years ago, long before Linda Park, now the program manager for the Program in Jewish Studies at the University of Colorado Boulder, moved to the state, she first stumbled across a door on the side of a tree in the middle of a forest.

It wasn’t a real door, but rather a miniature one with a tiny window, placed there intentionally by a Fairy, Elf and Gnome Carpenter, which is a local Pennsylvania artistic guild where little portals are created and hid for others to find.

“It was a fascinating thing to find in the middle of the woods,” commented Park.

Even after leaving the park, she found herself thinking about it. And so, Park, who is also a master gardener, decided, why not make her own?

“I was compelled. I wanted to do this, not only for myself, but for others. So, that sort of set the fairy garden in motion.”

She first began building the little homes in the backyard of her home in New Jersey, away from inquiring eyes, showing them only to those visiting or through photographs on Facebook. When she moved across the country to Boulder and then the pandemic began, though, she thought, why not move it to the front so everyone can enjoy the little bit of magic?

The project, now a few months old, has evolved and spread from its original plot, and is already capturing the imagination of the neighborhood, Park says, particularly the children.

“It’s a very young family neighborhood. So, I thought this is the perfect thing to do for people,” said Park. “The fairy garden offers a break from the ordinary and gives a touch of surprise as people walk, run, and bike down my street. Many neighborhood children have come to sit on the sidewalk with their parents and create stories while looking at the fairy garden.”

I was compelled. I wanted to do this, not only for myself, but for others. So, that sort of set the fairy garden in motion."

The fairy homes featured in the garden range from a mermaid pond made of blue stones to the Eiffel Tower with a tiny Monet painting; a metal campsite to a teepee made of sticks; miniature doors surrounded by mushrooms.

And scattered throughout the garden are little gifts bequeathed by the neighborhood children, something that she’s encouraged as she talks with the families who come to visit.

“I always want to engage with my audience, and to get on the level of the kids or the parents and just talk to them about how they’re doing and what it means to them.”

Recognition for Park’s work goes beyond just her neighbors. The project is now also a recipient of a $600 grant from the City of Boulder as part of their Creative Neighborhoods: COVID-19 Work Projects funding.

The Creative Neighborhoods program, offered by the City of Boulder Office of Arts and Culture and Create Boulder, is designed to help support financially impacted artists who are working to improve the “social infrastructure” of Boulder. 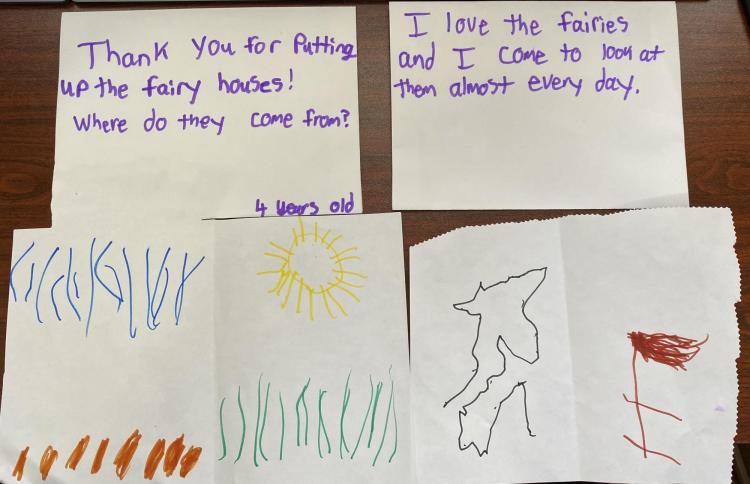 The fairy garden is popular with the neighborhood children, who sometimes leave notes behind.

The hope for the project, according to the website, is for it to “leverage the talents of artists to unite and revitalize our neighborhoods.”

Park, also a nature photographer, plans to use the grant to improve and expand the fairy garden even further, letting it continue to evolve.

“I think I’ll expand it and keep changing it up, keep moving the themes around as I find other stuff so that people don’t get bored,” said Park.

The garden, like photography, is all about looking at things from a new perspective, Park says. And, as long as people keep coming, she’ll keep spreading a bit of her fairy magic.

“I didn’t do it for any reason other than it makes me happy and I thought it would make other people in the neighborhood happy,” said Park. “I thought that here in Boulder, and particularly my Martin Acres neighborhood, that it was the right thing to do because we’re very much a caring and supportive community.” 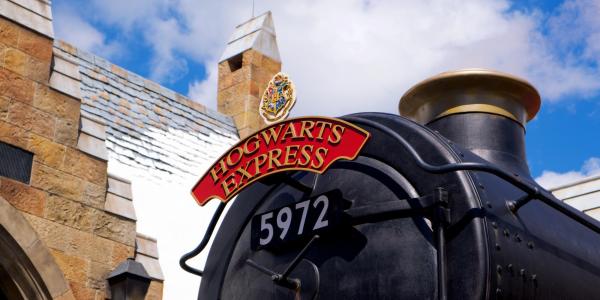 CU Boulder senior’s thesis reflects on what it means to be a spiritual text. END_OF_DOCUMENT_TOKEN_TO_BE_REPLACED

Keegan McNamara, a CU Boulder mathematics student, intends to give a voice to Boulder’s homeless END_OF_DOCUMENT_TOKEN_TO_BE_REPLACED 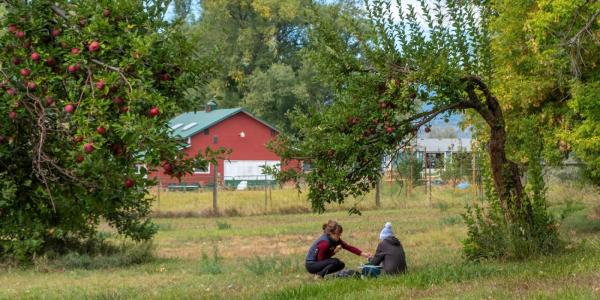