Martin Luther King did not call for violence, but said “peace is not merely the absence of this tension, but the presence of justice"

The civil unrest seen across the United States following the killing of George Floyd brings to the fore the Rev. Martin Luther King Jr.’s famous observation that “a riot is the language of the unheard.”

Taken from his 1968 speech “The Other America,” King condemned the act of rioting, but at the same time challenged audiences to consider what such actions say about the experience of those marginalized in society.

“Social justice and progress are the absolute guarantors of riot prevention,” King said.

In other words, peace cannot exist without justice. This conviction has deep roots in Christian thought, it can be traced to the authors of the Bible and early Jewish and Christian communities.

More recently, the Episcopal bishop of Washington, Mariann Budde, said of the current protests that the church aligns “with those seeking justice.” The comment follow a controversial visit in which President Trump held a Bible in front of St. John’s Episcopal Church – an act preceded by the dispersal of a crowd of protesters and priests tending to them with the use of tear gas.

As scholars of biblical texts and religion and culture, we believe that understanding how, often violent, unrest informed both early Christianity and the foundational stories of the United States itself can guide us in this current period of turmoil.

Deep rooted dissatisfaction with prevailing social injustice and actions against such inequity isn’t new. It would have been a familiar theme to the people who wrote the Bible and it is reflected in the texts themselves.

Unrest lies at the heart, for example, of the biblical story about the origins of ancient Israel. As recounted in the books of Genesis and Exodus, Abraham’s grandson Jacob travels to Egypt for food in a time of famine. After Jacob’s descendants are made slaves, Moses delivers Israel from bondage and leads them back to the promised land.

Here, the event that sparks liberation is Moses’ witnessing of the oppression of the Israelites. The book of Exodus details how they left Egypt with gold and silver procured in somewhat uncertain circumstances from their Egyptian neighbors. The manner of this acquisition would be a topic of discussion in biblical interpretation for centuries, for fear that it looks like plunder.

However, both ancient Jewish and ancient Christian sources viewed these goods as “fair wages,” in the words of the scholar James Kugel – just repayments for the Israelites’ years of slave labor.

Archaeological evidence points to a generally different origin story for the ancient nation of Israel – though one also of social unrest. According to some scholars, the settlement stemmed from the rebellion and regrouping of people who fled the collapse of large, urban areas in the southern Levant, modern-day Israel and Palestine.

The biblical impulse toward social justice appears especially in the prophets of the Old Testament, such as Amos and Isaiah whose call for justice and equality is a constant theme. It is little wonder, then, that they were cited in the context of the modern-day civil right’s movement. King cited prophets from the Bible repeatedly in his “I Have a Dream” speech. When he talked of “justice” rolling “down like waters, righteousness like an everflowing stream” and “crooked places” being “made straight,” he is pulling directly from the Books of Amos and Isaiah. 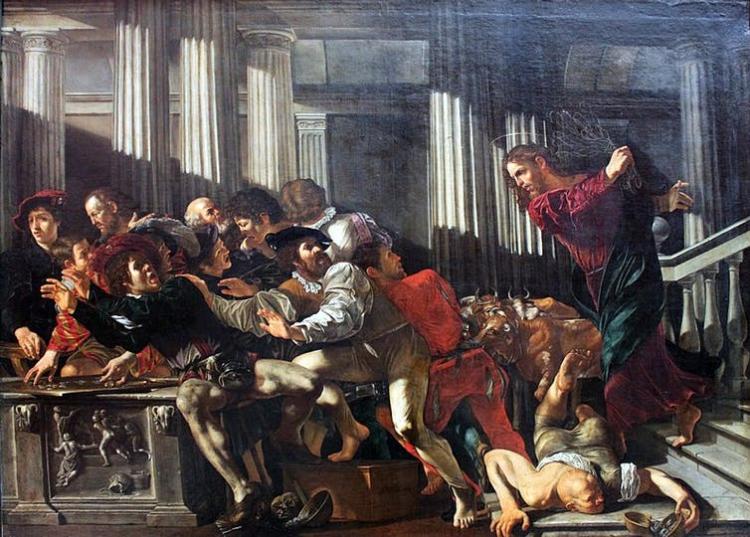 The New Testament also attests to experiences of social unrest in early Christianity.

In the Book of Matthew, Jesus is quoted as saying, “I have not come to bring peace, but a sword.” And in confronting money changers in the Temple of Jerusalem, Jesus overturns the tables and whips the money changers for their unjust actions.

To some this might provide justification for the destruction of property. Others, however, observe that Jesus claims that the Temple belongs to “my father’s house” – meaning his family – and as such cannot taken as justification for destroying someone else’s possessions.

It is clear from many passages that the religious movement had a primary concern to care for the oppressed and that in that context, unrest can sometimes be justified.

Nonetheless, some parts of the Bible have been used to justify the quelling of social unrest. Jeff Sessions, former attorney general of the United States, recently appealed to Romans 13 when claiming that enforcement of strict immigration reform was the rule of law: “I would cite you to the Apostle Paul and his clear and wise command in Romans 13, to obey the laws of the government because God has ordained them for the purpose of order.”

Biblical scholars dispute this interpretation, noting that the word “law” appears only once in Romans 13, when Paul states that “love does no wrong to a neighbor; therefore love is the fulfilling of the law.” 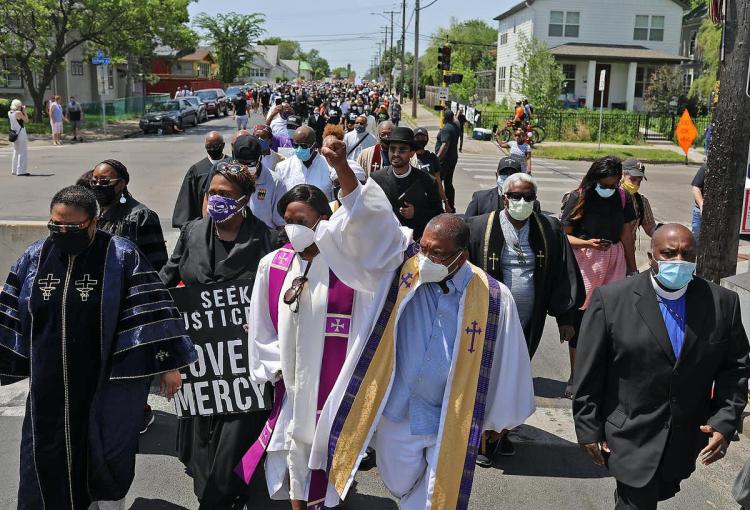 Clergy of color lead a march in Minneapolis to protest the killing of George Floyd. David Joles/Star Tribune via Getty Images

Biblical passages have been used by American politicians for as long as there has been a United States.

In addition to drawing on the Bible, the Founding Fathers also produced a new sacred cannon to justify unrest in the event of injustice – founding stories referred to by scholars as “civil religion.”

Think, for instance, of the Boston Tea Party dumping tea into the harbor in a protest against an unjust tax. The national narrative sees this as heroic.

The fact that injustice requires action is similarly supported by the Declaration of Independence. It frames the relationship between Britain and the colonies as one of “repeated injuries and usurpations” which the colonists have tried to solve, only to be “answered only by repeated injury.”

Repeated injustice, then, was grounds for revolution.

Martin Luther King did not call for violence, but said “peace is not merely the absence of this tension, but the presence of justice.” He also stated that if peace meant silence in the face of injustice, then “I don’t want peace.”

King did not think that riots were the best approach to take. But he warned against condemning them, unless society also condemned the conditions that brought riots about.

As one pastor in Minneapolis put it, referencing the poet Langston Hughes as she assessed the protests: “Deferred dreams explode.”

Faith leaders are coming up with new ways to reach their communities, with many turning to online platforms to perform rituals. END_OF_DOCUMENT_TOKEN_TO_BE_REPLACED 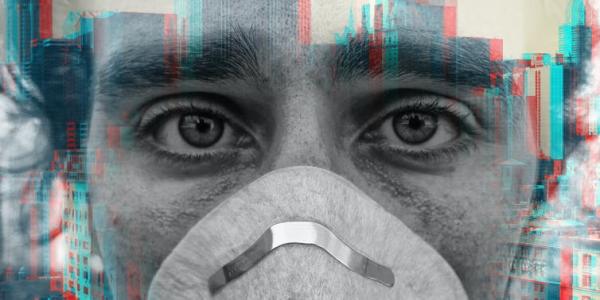 We know the virus has a deadly impact on the human body. But its impact on our mental health may be deadly too. END_OF_DOCUMENT_TOKEN_TO_BE_REPLACED 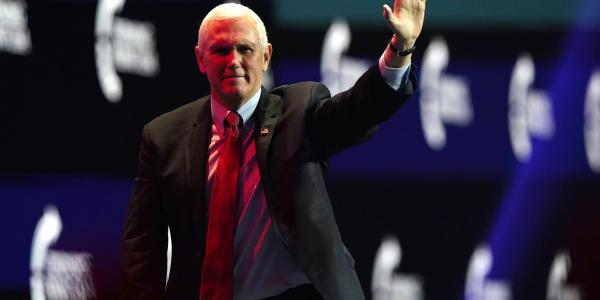 Pence’s religious and political biography mirrors key political and religious shifts over the past 40 years. END_OF_DOCUMENT_TOKEN_TO_BE_REPLACED
Categories:
Tags:
Return to the top of the page