Luck plays a role in every human life, and fortunately for Herb Bowman, almost all his was of the good kind, and it started early.

Take the time when the future graduate of the University of Colorado Boulder (Phys’51) and pivotal figure in the U.S. Cold War nuclear arms industry was conducting a youthful chemistry experiment while growing up in Grand Junction.

“He blew out the windows in the backyard shed, but had gone inside for a snack,” says his daughter, Lisa Schrader, a minister who works with the homeless community in Denver. “He led an amazing life, and, you know, things just fell into his path, changing his life in a different direction. His whole life was like that: lucky.” 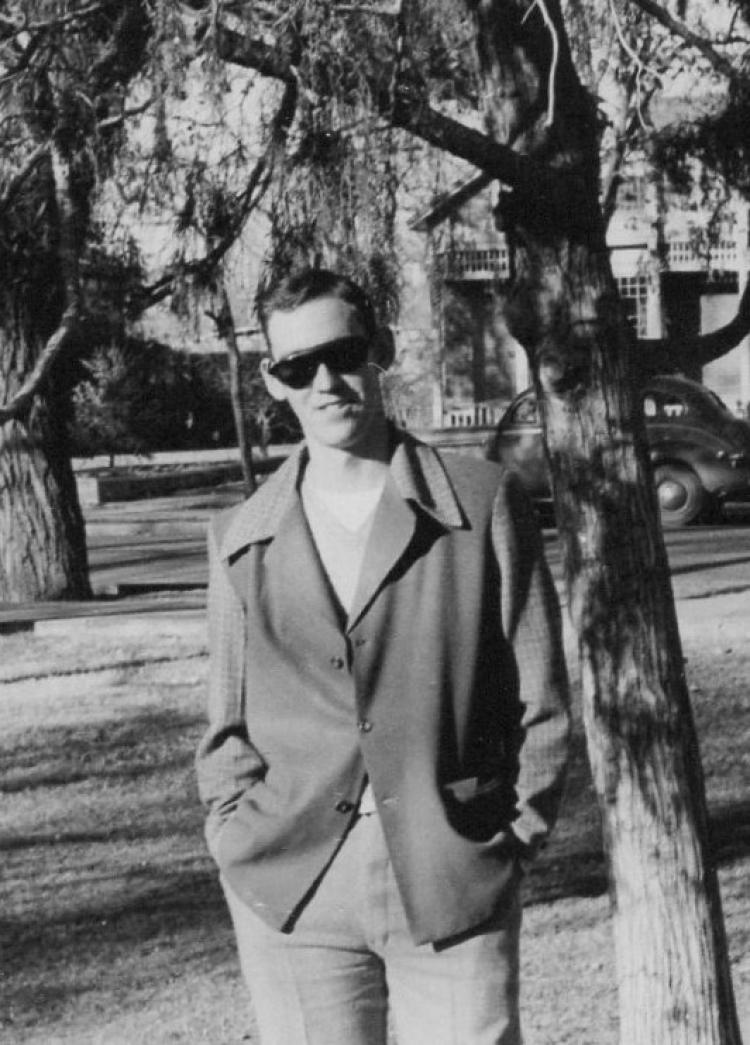 Bowman died on May 5, 2019, at age 90. In fulfillment their father’s request to share some of his good fortune with future CU Boulder students, Schrader and her brother, Gary Bowman, former long-time owner of Boulder Roofing, recently established the Herbert E. Bowman Endowed Scholarship Fund.

The scholarship(s) will be awarded to third- and fourth-year undergraduate physics students based on merit and need, Schrader says.

“This was his dream 20 years ago. Dad said, ‘Take what’s left of my money and give it to CU,’” she says. “He wanted it to be for third- and fourth-year students because, by then, he felt they would be serious students in the Physics Department.”

Bowman started life with distinction when, as a baby, he became the only child ever to live in a railroad car in the labor camp at the west end of Moffatt Tunnel west of Boulder, where his father Estill Bowman helped finish the tunnel through the Continental Divide and his mother Helen served as camp cook.

By the time Herb was in first grade, the family had moved to the Western Slope, where Bowman not only began to develop an interest in math and science but also excelled on the football field and basketball court. He was also known as something of a merry prankster at Grand Junction High School, where, for example, he stuffed all the bells with toilet paper—a stunt that nearly got him banned from the graduation ceremonies in 1946.

Lacking resources to attend college, he enlisted in the U.S. Army. Ninety-eight percent of his training class was sent to fight the war in Korea while Herb and three others were sent to New Mexico to guard a top-secret project there.  His family addressed letters to a P.O. box in Santa Fe, but in truth Bowman had been assigned to protect the Los Alamos National Laboratory, where the nuclear bombs dropped on Japan at the end of World War II had been developed.

After his Army hitch was up, Bowman earned an associate degree in science from then two-year Mesa College in 1949 and enrolled at CU Boulder to study chemistry.

“He never saw organic chemistry coming until it hit him squarely between the eyes,” Schrader writes in a biography of her father. “For the first time in Herb’s life he came up against scientific principles that made absolutely no sense to him.”

A “fun-loving guy,” according to his daughter, Bowman and a few buddies pushed hijinks to the next level at CU, where they built a working still (to make liquor) in an unused chemistry lab.  “My dad said years later that the professor knew what they were up to,” Schrader says with a laugh.

Fortunately for Bowman, his battles with “orgo” just brought more good luck. With just three semesters left to graduation, he switched his major to physics, where the chair was pushing for CU Boulder to become a “hunting ground” for the newly formed U.S. Atomic Energy Commission (AEC).

Sure enough, the AEC came knocking in Bowman’s senior year. The agency hired Bowman to work on “Project Apple” with Dow Chemical in Michigan. Just before he was to report to work, he received a telegram assigning him to Los Alamos and another year on “the mesa.” This time he knew what was happening behind the fences that he had protected in the Army.

“By the late spring of 1952, Herb was back living in Boulder and commuting to the Rocky Flats (nuclear weapon trigger plant),” Schrader writes. “He was the 10th person hired for Project Apple, a true Rocky Flats pioneer.”

Over his long career at the 2,000-employee facility he served as production control manager, quality manager, manufacturing manager, assistant general manager and finally the general manager of the entire facility. He also met the love of his life, Beverly Wolf, who worked in the personnel department, and they married in 1953.

This was his dream 20 years ago. Dad said, ‘Take what’s left of my money and give it to CU'"

Schrader recalls tension and concern in the 1970s, when anti-nuclear protestors routinely picketed the plant.

“It was a contentious place. There were union strikes and a lot of protesting. My brother and I had to go live with our grandparents in Denver a couple of times when the union strikes got really bad,” she says.

When Rockwell International took over management of Rocky Flats in 1975, Bowman chose to stay with Dow, working at facilities in Texas and Ohio.

Schrader marvels at how her father managed to face the stress of his career at Rocky Flats without ever being able to share what he did at work with his family.

“The hardest part was that he could never say anything about what he did at Rocky Flats due to the top-secret nature of the facility,” Schrader recalls. “We never knew anything. He might have had a bad week yet he couldn’t tell my mother anything. … My own husband, we talk every night about what happens in our day. To not be able to share that must have been so difficult for him.”

Only after the plant closed in the 1989 did Bowman begin to speak about his experiences, both with his family and in public. Herb was always aware of the gravity and potential consequences of the work that was done at Rocky Flats but saw America’s nuclear arsenal as “necessary” post-World War II and as an outcome of the Cold War.

“It was our hope and desire that someday Rocky Flats would be gone and the need for nuclear weapons would no longer be necessary,” Bowman told the Daily Camera in 2015.

“It was our dream that there would be a world without weapons, especially nuclear weapons. Nuclear weapons just don’t have a place in our world.” 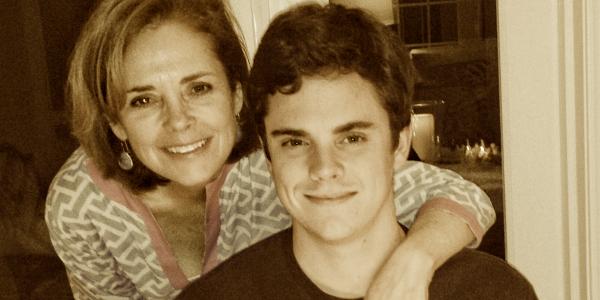 Trish and John Deford hope to assist students who are battling addictions like the one that claimed their son, CU Boulder alumnus Sam Deford, through a new scholarship fund. END_OF_DOCUMENT_TOKEN_TO_BE_REPLACED 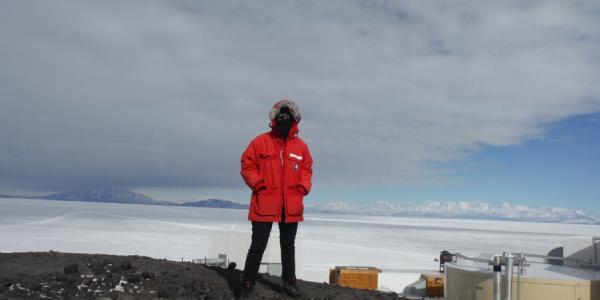 CU Boulder alumna Jade Cooley begins her science talks to students throughout Washington by saying, “My name is Jade, and I once set off explosives in Antarctica for science. Now I’m going to tell you about glaciology.” Cooley, a physics graduate, spent six weeks conducting research and camping on Antarctica’s Ross Ice Shelf last November. END_OF_DOCUMENT_TOKEN_TO_BE_REPLACED 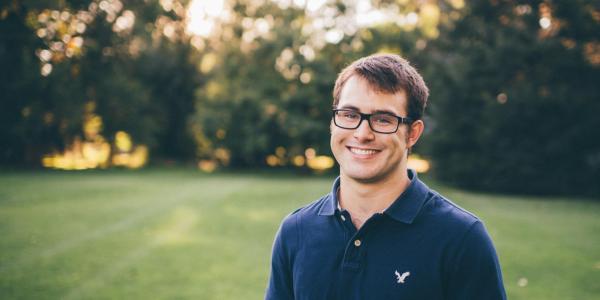 Toby Bollig, the spring 2018 outstanding graduate in the College of Arts and Sciences, took up accessibility in religious institutions after a serious car crash left him with a brain injury that made attending church "miserable." END_OF_DOCUMENT_TOKEN_TO_BE_REPLACED
Tags:
Return to the top of the page