Soil is a fundamental part of life on Earth, yet crucial parts of how it works and function remain unknown. Two recently awarded $800,000 grants to College of Arts and Sciences researchers, though, should help.

These University of Colorado Boulder projects—one that examines soil following the disappearance of glaciers and one that studies ways to detect and fix damaged soil—are part of a broader push by British and American scientific agencies to better understand soil ecosystems, which, alongside water and air, are considered essential life resources.

“Soil’s one of these parts of the global system that is often taken for granted, and we’ve been able to take soils for granted because we have fertilizers or we can irrigate … but it all catches up with you eventually,” said Jason Neff, a professor in the environmental studies program and the U.S. research lead on one of the awards.

The health of soils is crucial for sustaining life across the world."

“Understanding what’s going on in the soil and then being proactive about making sure that the soils remain healthy, is really important to making sure that we can meet the food demands of a growing population over the next century.”

The Signals in the Soil grant is the product of a partnership between the National Science Foundation (NSF) and National Institute of Food and Agriculture, and the United Kingdom Research and Innovation (UKRI). The hope is that this newly funded research will be a beginning, creating new ways to understand and study soil around the globe.

"The health of soils is crucial for sustaining life across the world," UKRI's chief executive, Professor Sir Mark Walport said in the NSF press release. "These projects will demonstrate the power of international collaboration in addressing the major global research questions in this area, developing new ways of monitoring and maintaining soils, and increasing our understanding of how ecosystems function and interact."

From mountain tops to the poles, glaciers are retreating at an exceptional rate due to global climate change. And, when they do, they can open up seemingly barren, unexplored soil—but research now underway at CU Boulder hopes to provide some insight by turning to the top of the world.

The group will look at the soil left behind from a retreating glacier in Svalbard, Norway—an archipelago in the Arctic Ocean—in the hopes of better understanding how these new soils develop across the Arctic.

As these landscapes are so remote, research on these soils has historically been limited to the brief summer months, leaving the seasonal effects of prolonged darkness and cold largely unexplored. And that lack of information can limit understanding their role with climate change, according to the researchers. 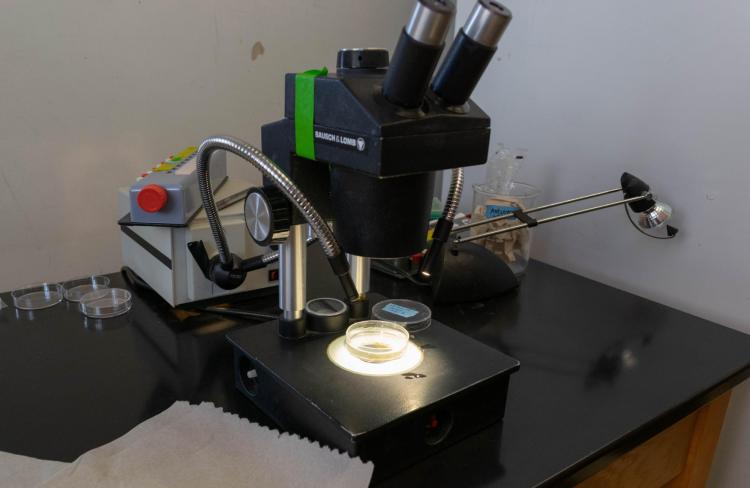 During their previous research in Antarctica, Pacifica Sommer and Steve Schmidt collected microscopic samples—which include Rotifers and Tardigrades—from puddles on the tops of glaciers (top of page and above). Photos by Cay Leytham-Powell.

“I don’t think a lot of people realize that there’s so much carbon stored in arctic soils that could end up in the atmosphere soon. And if it does, things could get even worse pretty quickly,” said Steve Schmidt, a professor in The Department of Ecology and Evolutionary Biology (EBIO) and a co-principal investigator (PI) on the study.

“We don’t know much about soil processes in those kinds of systems … in the Arctic, especially.”

This grant will allow researchers to begin to understand how these unique soil ecosystems develop in the Arctic by measuring aspects like biological, hydrologic and chemical activity—or how much water is in the soil; what chemicals, like carbon or nitrogen, are present; and what microscopic organisms, like tardigrades or the internet-famous water bear, make that soil home.

They’ll do this by continuously operating sensors and taking repeated field measurements throughout the year.

And the project doesn’t plan to stop there. The researchers also plan to take the hands-on workshops related to the research into underserved classrooms across rural Colorado and Utah and, through a partnership with Telluride’s Pinhead Institute, offer week-long summer camps that demonstrate outdoor scientific research. They’ll also recruit high school students to work as summer interns in research labs across the country.

“I think it’s exciting for anyone in schools or out of school to get a chance to have a sense of wonder, hear something new about a new part of the world, and to practice their own curiosity and creativity when they do hands-on activities in science that are designed to let them explore a new area or a new organism or just something new,” said Pacifica Sommers, a postdoctoral research associate in EBIO and a lead PI on the study.

Other researchers for this project include experts from Montana Tech, the University of Utah, Queen Mary University of London and the British Geological Survey.

The destruction and reconstruction of soil

The destruction or degradation of soil is a crucial problem for agriculture and range lands worldwide—and yet, despite that, much remains unknown.

Researchers know degradation happens when soil loses organic matter like plants, erodes from wind or water, or compacts from machinery. When it does—and it does often with a third of the planet’s soil considered severely degraded—it not only reduces the fertility of land, threatening food security in the future, but can also contribute to climate change.

Detecting and assessing soil degradation, though, is incredibly difficult. You can kind of measure it, according to the researchers, but measuring is expensive and it’s unclear exactly what you’re measuring. And that’s the problem these researchers hope to solve, particularly for rural, underserved parts of the world.

“What we’re trying to do is measure something that we haven’t really been able to measure before with the intent of providing information so that we can better manage global agricultural lands,” said Neff, who is also the faculty director of the Sustainability Innovation Lab at CU Boulder.

What we’re trying to do is measure something that we haven’t really been able to measure before with the intent of providing information so that we can better manage global agricultural lands."​

“If that all works, then what comes out the other side is a new suite of technologies that can support efforts globally to try and restore agricultural lands that are degraded or prevent degradation in places that are at risk. You know, assess that risk before you’ve kind of crossed over a point where you lose fertility in a system and lose agricultural productivity.”

“This project’s really around trying to address emerging issues in the food system before they become problems.”

The team, including Neff, plans to tackle the problem by probing a problem a bit closer to home: Degraded soils caused by prairie dogs near Boulder.

The team will work with the city of Boulder as it tries to restore the site. To figure out the rate of degradation, the team will utilize existing sensors, which measure signals like moisture and temperature, while also creating two new types of inexpensive, decomposition sensors that will degrade with the soil and measure previously untapped signals like rate of change and color changes in the soil. To interpret all of the information from these novel, new sensors, the UK team is also building advanced machine-learning systems.

This research team is also part of the team that is one of the top 100 finalists for the MacArthur 100&Change Grant, which aims to end drought emergencies through the Drought Resilience Impact Platform. These two projects, while different, both pursue one mission: to improve conditions for those in difficult, vulnerable places.

Other CU Boulder researchers on this project include Evan Thomas, the director of the Mortenson Center and the Mortenson Endowed Chair in Global Engineering at CU Boulder, and Greg Whiting, an associate professor of mechanical engineering. The UK researchers include those from the Lancaster Environment Centre, the Department of Mathematics and Statistics, and the School of Biological Sciences at Lancaster University. 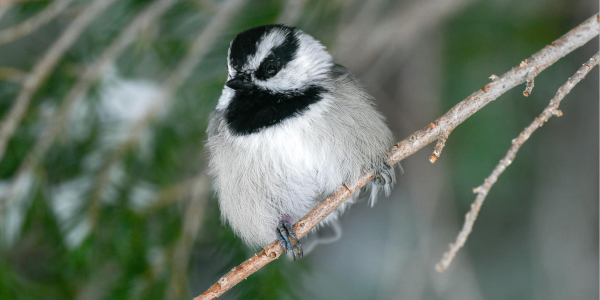 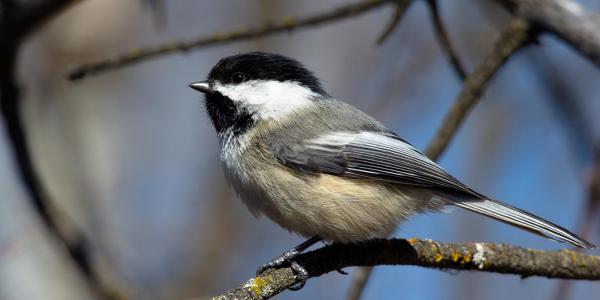 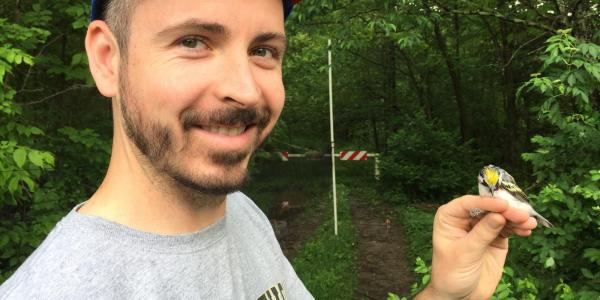 The American Ornithological Society has honored Assistant Professor Scott A. Taylor with the 2018 Ned K. Johnson Young Investigator Award. END_OF_DOCUMENT_TOKEN_TO_BE_REPLACED
Tags:
Return to the top of the page