‘As an evolutionary geneticist, I encourage developmental botanists to look into the genetic basis of the cushion form in stemless daisies’

Composites, or plants in the family Compositae, usually look like daisies, but what appears to be a bloom is a composite of ray flowers, which look like petals, and tiny disk flowers packed together in the central button. Species of yellow composites are numerous in the west, but stemless four-nerve daisies are unusual if not unique for their degree of variation in growth form.

Tetraneuris acaulis, which goes by the common names stemless four-nerve daisy, Angelita daisy, and butte marigold, is found throughout western North America except for Oregon, Washington and British Columbia.  The erect form of the plant has a cluster of basal leaves, one to several inches long, lance-shaped and dotted with tiny glandular pits. Flower stems lack leaves, are typically 10 to 20 inches long and each bears a single bloom, between one and two inches in diameter. Each bloom is composed of up to 200 disc florets and 5 to 21 ray florets, each with four notches at the tip.

The common name “stemless four-nerved daisy” and the Latin binomial deserve some explanation. For botanists, nerves are prominent veins on either leaves or ray flowers. In this the veins run the length of the ray flowers to the notches at the tips. The genus name Tetraneuris means four-nerved and acaulis means stemless. 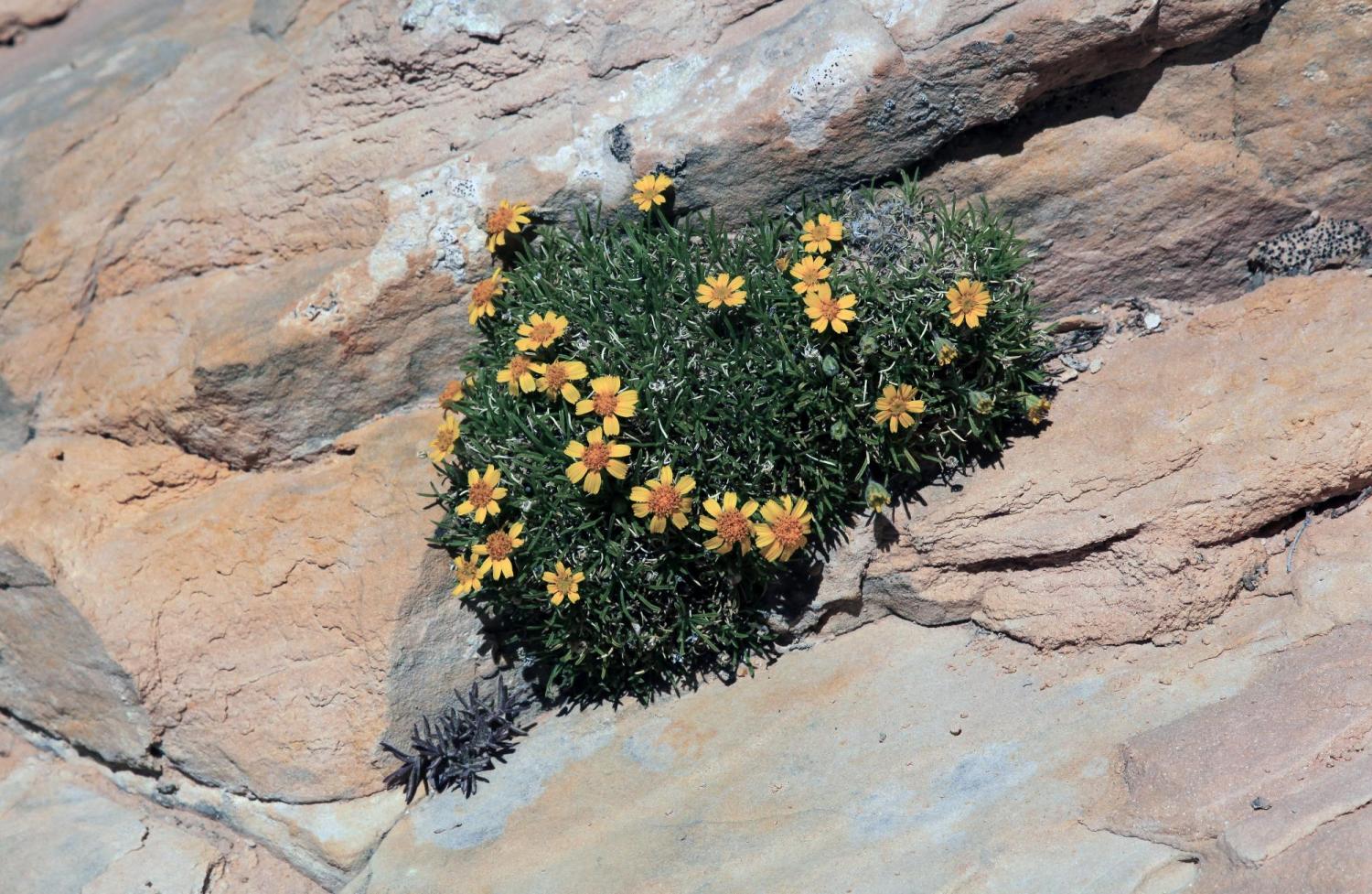 A stemless four-nerve daisy growing from a sandstone crevice. Photo by Jeff Mitton.

One example of variation in this species was pointed out by CU’s Professor William Weber, who found a form completely lacking ray flowers on caliche soils, or soils cemented together by calcium carbonate, in southeastern Colorado. But that is not the variation that inspired this column.

The stemless form of this species looks dramatically different from the erect form, for without stems, the blooms are tightly appressed to the leaves. Furthermore, instead of leaves several inches long, the leaves on the stemless form are about ¼ inch long, so this morph grows as a cushion plant. When I first encountered cushion plant forms, I did not recognize them as the same species whose graceful stems sway continuously in the breeze.

These controversies are indicators of a dynamic field of science"

Cushion plants are described as low, compact, mat-forming plants most commonly found in subalpine, alpine and arctic environments. They are capable of colonizing sites with no soil, as in the photo illustrating this column. They grow slowly, are long-lived, and have adaptations such as deep roots to live in sites with rapidly-draining soils and high winds. Cushion plants in alpine and arctic environments may be hundreds of years old.

The taxonomy of this genus is in flux. Some systematists say the cushion form should be recognized as a variety, others disagree. The validity of some species of Tetraneuris have been questioned.  These controversies are indicators of a dynamic field of science, a field in which biological lineages are diverging genetically and morphologically, but are not yet sufficiently differentiated to support an amicable consensus.

I first found the stemless, cushion form on a knoll above Black Dragon Canyon on the San Rafael Swell, growing in a mature patch of desert biocrust. Years later I found another population a few miles south, growing from crevices in bare rock at the entrance to Petroglyph Canyon. A paper in the scientific literature describes stemless four-nerved daisies as a common component of the cushion plant communities near Rawlins, WY.

As an evolutionary geneticist, I encourage developmental botanists to look into the genetic basis of the cushion form in stemless daisies. I have the hunch that this dramatic variation is controlled by one or two major genes, one controlling stem/stemless and another controlling leaf size. This hunch is based on the two major genes controlling flower color and form of our state flower, the Colorado blue columbine, Aquilegia coerula. One gene controls spur presence/absence and another gene controls petal blade color, white/blue. In concert, these two genes produce dramatically different blooms. Then again, it may be that many genes are needed to switch the erect form to a cushion plant. We just don’t know.

From the caliche soils of southeastern Colorado to crevices in bare sandstone on the Colorado Plateau, stemless four-nerved daisies show remarkable variation in growth form that I suspect is tied to site-specific adaptation.

An amplectic pair of treehoppers, Telamona monticola, was on a CU sidewalk beneath a swamp oak tree, Quercus bicolor. I surmised that they tumbled from the tree while delicately adjusting their positions. I collected the treehoppers to photograph them and 7 hours later they were still amplectic. END_OF_DOCUMENT_TOKEN_TO_BE_REPLACED 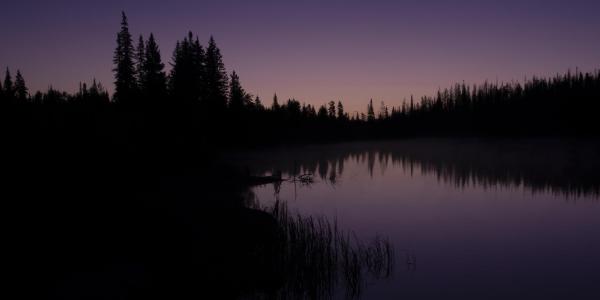 Now we know that natural and industrial emissions from one continent can be seen and felt on distant continents. Distant emissions become local visions and inhalations. END_OF_DOCUMENT_TOKEN_TO_BE_REPLACED 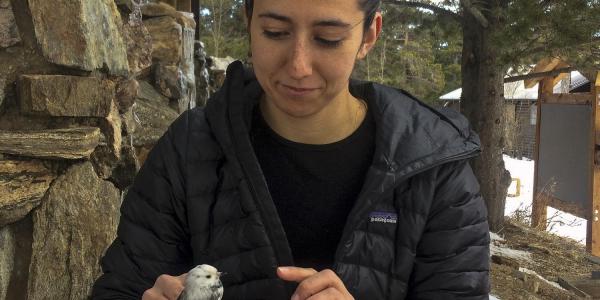 The Boulder Chickadee Study is a collaborative, long term effort between Kathryn Grabenstein, a PhD candidate in ecology and evolutionary biology at the University of Colorado Boulder, and her thesis advisor, Scott Taylor, to examine hybridization. END_OF_DOCUMENT_TOKEN_TO_BE_REPLACED
Categories:
Tags:
Return to the top of the page