Smooth sumac has edible berries and poisonous but medicinal leaves

Smooth sumac has edible berries and poisonous but medicinal leaves

Smooth sumac and fragrant sumac have been shown to be sources of food, medicines, weaving materials and dyes.

A thicket of smooth sumac retained some of its berries in January, though most of them were gone. Smooth sumac is well known for its brilliant red fall foliage and its deep red berries.

Smooth sumac, Rhus glabra, is the only shrub or tree that is native to all of the 48 contiguous states. It is a woody shrub that grows three to six feet tall in the Rocky Mountains, but 10 to 20 feet tall elsewhere.  The genus Rhuscontains about 35 species that are native to North America, but only one other species is native to Colorado—fragrant sumac, Rhus trilobata. Both glabra and trilobata have rhizomes that send up young stems and this form of asexual reproduction produces clones of sumac.

Smooth and fragrant sumac are easy to distinguish. A trilobata leaf develops as three completely separated lobes, while a glabra leaf is compound, one to two feet long, with 11 to 31 pointed leaflets per leaf—these remind me of the leaves of ferns. The upper branches of smooth sumac are short and crooked. 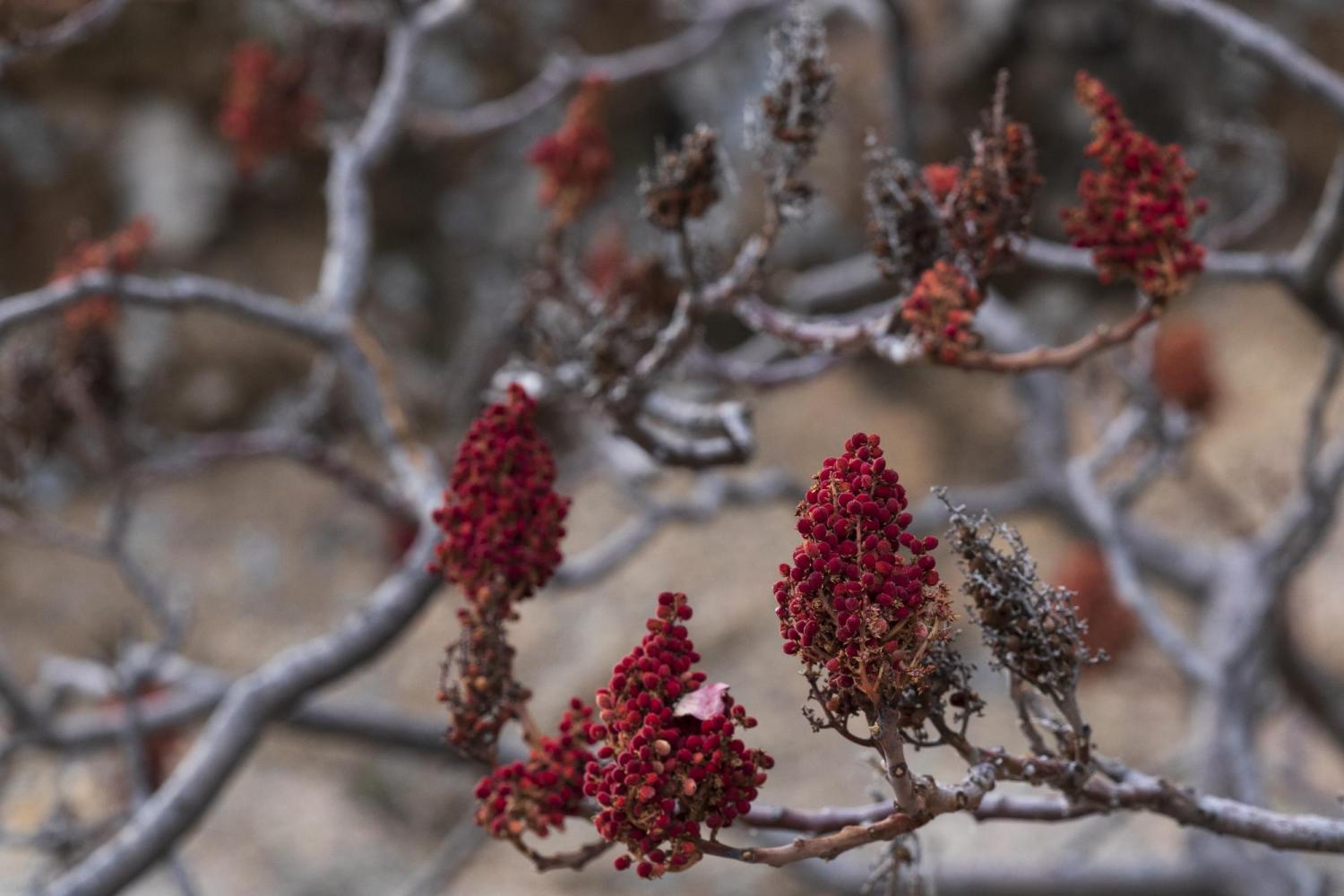 Inviting red berries of smooth sumac remain on the twigs through winter, available to birds and mammals. Photo by Jeff Mitton.

Sumac species are dioecious, meaning that a plant is either male or female. The flowers, which range from green to white, are arranged in upright clusters called drupes. Male flowers have 5 petals and 5 yellow anthers, with a ring of nectaries below the anthers to reward pollinators. Female flowers also have 5 petals but a single style which splits into three lobes at the tip. A drupe consists of 100 to 700 flowers and a fertilized female flower develops into a berry with a single seed—so only females produce berries.

Approximately 250 species of sumac are known, from all of the continents, and they follow one simple, very handy generalization. Species with red berries, including smooth and fragrant sumac, produce edible berries, while species with white berries, including poison ivy, have poisonous berries. Native Americans were aware that red sumac berries were edible—analyses of remains of human feces contained sumac seeds dated to 1,200 CE at Antelope House in Canyon de Chelly and from at least 2,000 years ago at Puebloan sites across the Four Corners area. Berries were frequently eaten raw but also made into a refreshing lemonade. Young twigs could be plucked from a shrub, peeled and eaten as a crunchy salad.

Chemical defenses in the leaves of sumacs are diverse and potent. They contain tannins, phytols, and three different compounds related to gallic acid which have antimicrobial activities. The arsenal of chemical defenses is so effective that only the sumac leaf beetle, Blepharida rhois, can eat the leaves of smooth sumac and fragrant sumac. As this specialist feeds it drills many tiny holes in the leaves. A larva concentrates the sumac’s chemical defenses in its feces and then coils the fetid feces on its back, forming a fecal shield that deters avian predators.

Approximately 250 species of sumac are known, from all of the continents, and they follow one simple, very handy generalization."

Native Americans made good use of the chemical defenses that evolved to deter herbivores. A rinse made from boiled berries was applied to stop bleeding after childbirth. Tea prepared from leaves was used to treat asthma and diarrhea. Roots were boiled to extract an antiseptic applied to wounds and ulcers. Juice extracted from roots was believed to cure warts. Tea prepared from green twigs was used to treat tuberculosis.

A surprising range of pigments were extracted from sumac for dyeing baskets and blankets. Navajo used fermented berries to create an orange-brown dye, while a different extraction from berries produced red. Crushed twigs and leaves yielded a black dye when mixed with ochre mineral and the resin of pinyon pine. Roots produced a yellow dye and a light-yellow dye could be made from the pulverized pulp of stems. Tannins extracted from leaves produce a brown dye.

Smooth sumac and fragrant sumac have always been conspicuous in the fall, but now they seem more apparent to me. They remind me of the Native Americans that first occupied this land, simply because they were such important sources of food, medicines, weaving materials and dyes.

An amplectic pair of treehoppers, Telamona monticola, was on a CU sidewalk beneath a swamp oak tree, Quercus bicolor. I surmised that they tumbled from the tree while delicately adjusting their positions. I collected the treehoppers to photograph them and 7 hours later they were still amplectic. END_OF_DOCUMENT_TOKEN_TO_BE_REPLACED 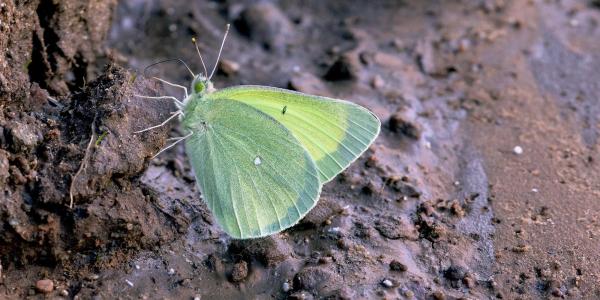 Butterfly species is fascinating when it comes to color variation. END_OF_DOCUMENT_TOKEN_TO_BE_REPLACED 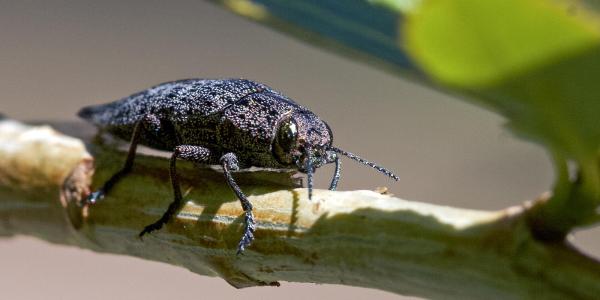 Colorado is home to 92 species of metallic wood boring beetles that share the wood boring habit and glittering iridescence. END_OF_DOCUMENT_TOKEN_TO_BE_REPLACED
Categories:
Tags:
Return to the top of the page