From line cook to violin maker, artist’s early roles prepped her for newest

From line cook to violin maker, artist’s early roles prepped her for newest

From working as a line cook to apprenticing with a violin maker, University of Colorado Boulder ceramics Professor Jeanne Quinn has never followed a straight path but is thrilled to draw upon her diverse experiences as the Department of Art & Art History’s newly appointed chair.

Today, Quinn is an accomplished ceramicist working with large scale installations whose work has been exhibited in major international museums. But as a young person, the artist felt compelled to explore many different forms of art including dance, music and cooking. 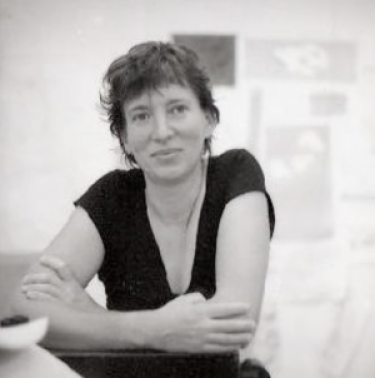 “In the long run, it all helped me—no doubt,” says Quinn.

While at Oberlin College for her undergraduate degree, Quinn studied art history and Baroque music. Unsure of how to combine these two passions but open to new opportunities, she went on to apprentice with a violin maker in Italy and then moved to Boston to make flutes.

It was while living in Boston that Quinn, who had no formal training as an artist, took a community ceramics class. Quinn quickly realized her passion for ceramics; it allowed her to combine her desire to create objects with her love of the visual arts. 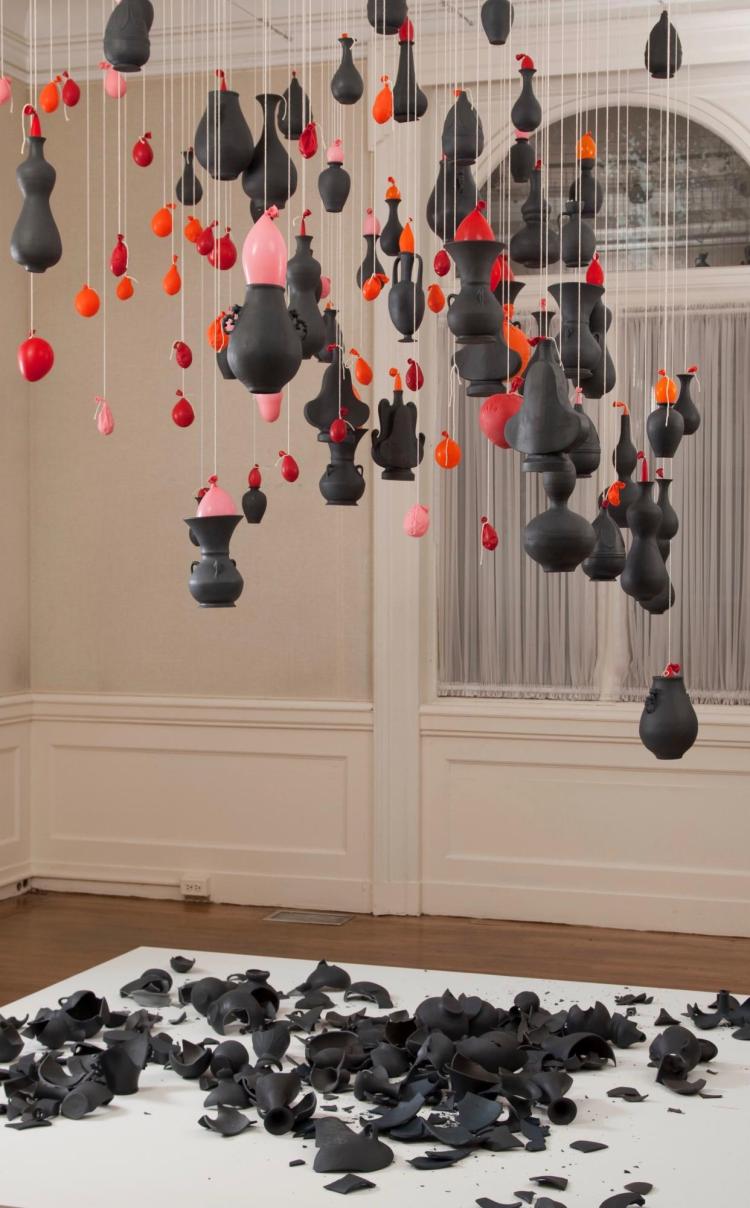 When Quinn’s teacher suggested she attend CU Boulder’s ceramics program, she was initially skeptical. Colorado was a mystery to Quinn then, but she soon realized that many spoke highly of the program at CU Boulder. With enough money saved up for one year and little idea of what lay ahead, Quinn applied to CU as a transfer BFA student and moved to Boulder.

Here, Quinn’s hobby quickly turned into a promising career as a working artist. She happily fell under the mentorship of Betty Woodman, a major contemporary ceramicist and CU Boulder professor. After three semesters of hard work in the ceramics program, Quinn was accepted into the University of Washington’s MFA program. Not long after graduating, she jumped at the chance to accept an instructor position at CU in 1997.

“It’s been amazing to get to build on that history and reputation we have in ceramics at CU,” says Quinn.

After serving as associate chair for several years, she feels prepared to take on her role as chair, though Quinn admits some aspects are less exciting than others.

“It’s not my natural habitat to sit in front of the computer and look at spreadsheets,” she says, laughing. But Quinn took on the role because she connects with other, arguably more important, parts of the job. It’s the creative, problem-solving aspect of the role—that will allow her to define the department’s values, listen to her colleagues’ ideas, and create a cohesive community—that compel her. Quinn is excited to help create change, and she already has ideas.

“I feel like our department is behind the times in terms of… digital design and fabrication,” says Quinn.

Quinn is referring to the processes that combine 3D modeling or computer design with manufacturing. She says that while the department has fantastic tools and facilities for this, they have no curriculum in place to support the students’ use of these tools. Quinn believes that the ability to effectively use these skills would be an advantage not just to fine art students, but to other students on campus.

When the department recently opened up its classes to non-majors, to encourage interest in fine art courses, Quinn was delighted to find engineering students in her Beginning Wheelthrowing class.

They were excited to create something without getting bogged down by the heavy theories that featured so prominently in their engineering courses. It was because of this that Quinn started to see a real connection between two majors often seen as being on opposite ends of the spectrum—fine art and engineering.

Quinn’s ability to bring seemingly unlikely things together and find their connection is perhaps her greatest strength. Just as the artist went from making single ceramic objects to creating large-scale installations in which pieces interact with each other, Quinn is also able to do this in her role as chair.

Reflecting on what got her to this point in her career, Quinn reminisces fondly about the many endeavors she’s dabbled in, including music, cooking and instrument making. She doesn’t see any of these ventures as detours, but rather as enriching experiences that helped inform her current role as artist and administrator.

Because of her varied experience, she feels prepared to take on this multifaceted role and says she is eager to build upon the Department of Art and Art History’s already rich history. 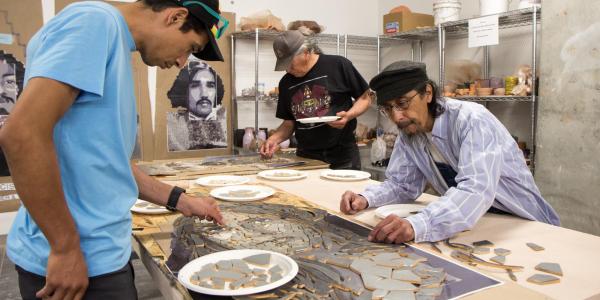 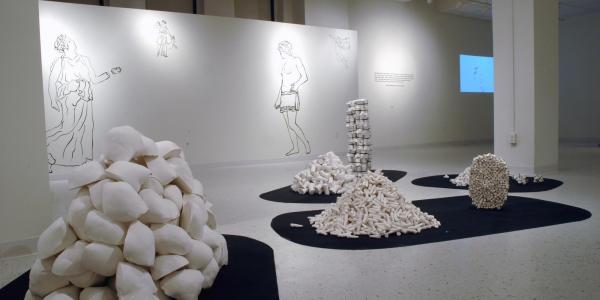 Rural America the focus of two new projects funded by the National Institutes of Health and U.S. Department of Agriculture. END_OF_DOCUMENT_TOKEN_TO_BE_REPLACED
Categories:
Tags:
Return to the top of the page