Born on the CU Boulder campus, Arpeggio Biosciences is looking to a previously unknown part of the human genome to better understand drugs and disease

The human genome is filled with “dark DNA” about which we are almost entirely ignorant, but a start-up company on the University of Colorado Boulder campus might soon have some insight into its effects—and possible benefits—on health. 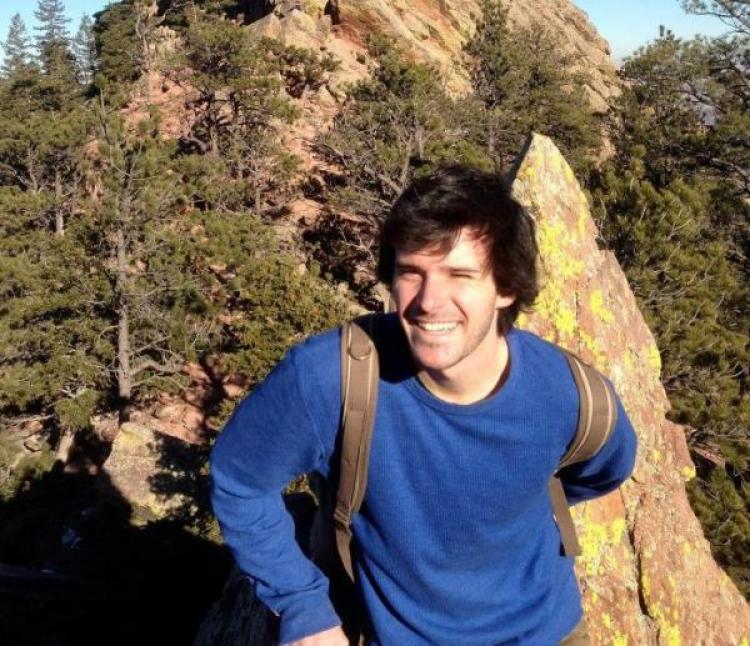 Arpeggio Biosciences, the brainchild of a CU Boulder computer scientist and biologist, is looking to the “dark portion” of genomes, the area of our genetic makeup that for decades was considered “blank space.” The goal is to better understand the effects of drug treatments on different cells, and how that difference might lead to an understanding of not just how exactly drugs work, but how diseases function in the body.

“We can reduce it to a single factor,” said Joey Azofeifa, a recent PhD from the computer science program at CU Boulder, referring to the ways that a cell’s biochemistry changes during disease states. “And then we have new targets for diseases. Then we can develop new companies around those targets and cure those diseases.”

Of the 3.2 billion letters that make up our genome, only 1 percent code for proteins—the machinery components of our cells. Scientists used to think that proteins were the only functional part of DNA, so it was a shock to learn that protein-coding genes made up so little of the genome. It was like looking into the night sky for stars and noticing all of the blank space instead.

Thanks to recent advances, though, scientists are beginning to realize that the “blank space” isn’t so useless after all. While it might look similar to the night sky—lots of black space with a few sparkles—it is actually more like a trampoline sprinkled with sequins. If you touch the surface of the trampoline, the sequins move as the trampoline bounces, causing effects to spread and create visible changes throughout the DNA.

Azofeifa studied this “dark portion” of genomes for his graduate work by studying a fundamental process of all life: transcription.

Before DNA becomes protein, it has to be turned into a similar molecule called RNA. This process is called transcription because RNA uses the same biological “language” as DNA (with small differences). When you “read” RNA into protein, on the other hand, it becomes a very different molecule. That process is called translation because you’ve changed the language of the molecule. 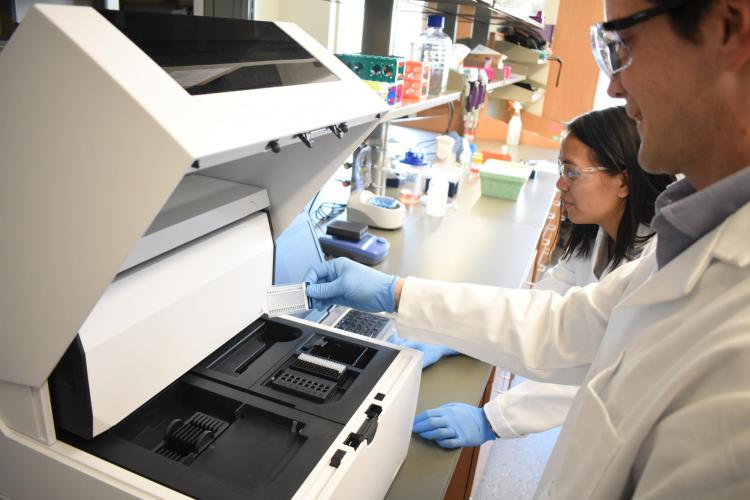 To study the transcription phenomenon, Azofeifa joined Robin Dowell’s lab in the Department of Molecular, Cellular and Developmental Biology in the College of Arts and Sciences and took advantage of techniques that are able to capture all the RNA being actively transcribed in a population of cells, and measure them in a very tight time window. These techniques are relatively new, and distinct from techniques that have been used in the past to study the RNA present in cells at any given time.

Older techniques (such as a method called RNA-seq) measure all of the RNA that can be isolated within cells. But they often require longer waits, which means that scientists would be studying RNA that had been produced long before the experiment. According to Azofeifa, if scientists want to study the immediate response to a stimulus, such as a particular drug, these older techniques aren’t as helpful.

“The problem is that if you wait 12 or 24 hours, a lot of things that have changed are secondary or tertiary and quaternary effects,” said Azofeifa. “So, you’re not really picking up on the immediate primary targets of your drug. You’re picking up on ripples in the pool that were the result of your drug.”

During his graduate work, Azofeifa took advantage of a newer technique called global nuclear run-on sequencing, or GRO-Seq. GRO-Seq allows scientists to study RNA being actively transcribed immediately. By doing that, he showed that RNA being produced from the “dark regions” of the genome (RNA that never becomes protein) could reveal a lot more about the activity of the cell than scientists ever suspected.

Now, Azofeifa has teamed up with his graduate advisor, Dowell, as well as another recent Dowell Lab graduate, Tim Read, to use GRO-Seq, and the related PRO-Seq to launch Arpeggio Biosciences. GRO-Seq and PRO-seq assays, or biological procedures, will allow Arpeggio to study the way that RNA transcription patterns change in different situations, such as drug treatment.

I think a company like Arpeggio comes out of the fact that intersections between fields gives rise to ideas that wouldn’t have been conceived without those intersections."

Although sequencing RNA from cells after drug treatment is not a new technique in biotechnology, Azofeifa believes that using PRO-Seq, as well as the algorithms that he has developed to analyze the results, will give Arpeggio the edge.

“Pretty much we’re an RNA-Seq company with a better assay and better algorithms,” Azofeifa said, laughing.

The idea for Arpeggio, a company combining cutting-edge algorithms and biology, was born out of the numerous times that Azofeifa, a computer scientist, and Read, a biologist, chatted about “dark DNA” while they worked in the Dowell lab. Dowell thinks that this is one of the best things about creating an interdisciplinary lab.

“I think a company like Arpeggio comes out of the fact that intersections between fields gives rise to ideas that wouldn’t have been conceived without those intersections,” said Dowell.

“I have a map in my lab that reads ‘Follow the problem wherever it leads’ because that’s the way that I like to approach life and everything. The best ideas often come from things that you have never been formally trained in, but somebody else has, and you get to talking.”

Arpeggio’s first customer is Forma Therapeutics, an oncology company trying to understand what changes their drugs have on cells. Scientists at Arpeggio will examine where RNA is being transcribed before and after treatment to try and understand how these drugs might be affecting regions of the genome that don’t code for proteins.

Long-term, Azofeifa would like to apply Arpeggio’s procedure to understand how disease works in the body. While this ambitious goal may be a while away, Azofeifa is convinced that Arpeggio is the right company to do it, and that they’re in the right place to do it.

“I feel very grateful to be starting in a place like this,” said Azofeifa. “We’re an RNA company and this is a great place to study RNA. There’s a lot of intellectual support just at CU for us.“

A version of this article appeared previously in Science Buffs. 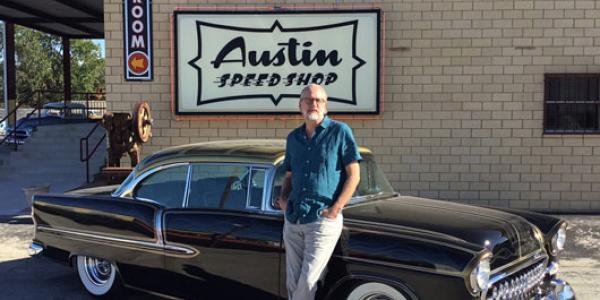 Dan Peterson’s career has taken many paths, starting from his humble beginnings as a young CU student walking the Ho Chi Minh Trail to class, to becoming a skilled neurosurgeon, the CEO of a revolutionary medical equipment company and the co-owner of a classic-car business. END_OF_DOCUMENT_TOKEN_TO_BE_REPLACED 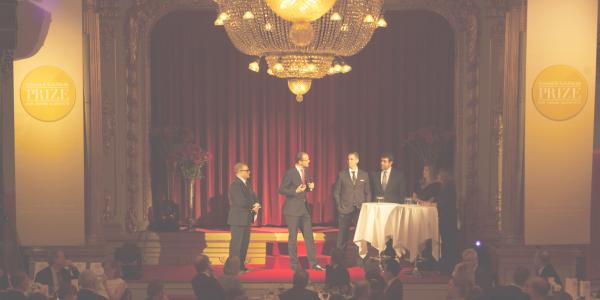 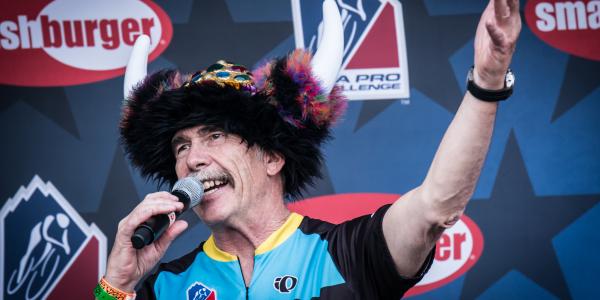 John Warner is a dentist who’s climbed and skied mountains in the United States, Canada, South America and Europe, raced motorcycles and mountain bikes, and, incidentally, served as a town mayor, search-and-rescue volunteer, orchestra backer, and dentist-of-mercy in Guatemala. END_OF_DOCUMENT_TOKEN_TO_BE_REPLACED
Tags:
Return to the top of the page